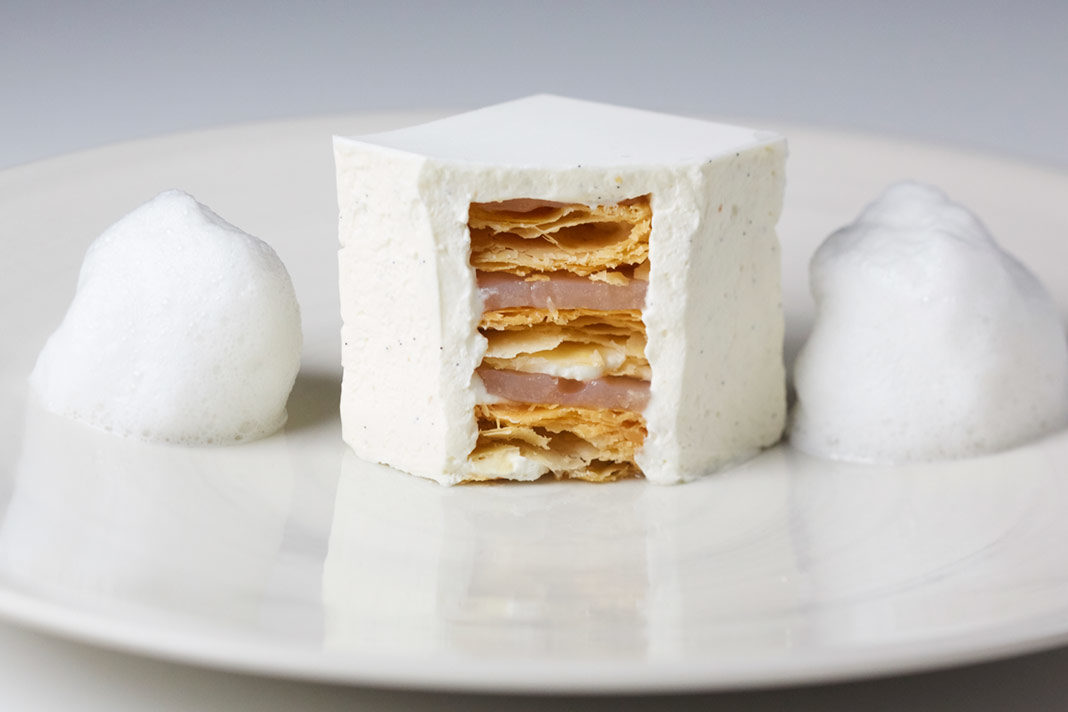 Housed in the majestic 1922 Beaux-Arts building by Tower Bridge (which you may recognise from the film Skyfall) the casually elegant restaurant is romantic and subtly-designed with antique-effect mirrors and buttery soft cocooned booths – ideal for an intimate, private dinner.

Dishes come served on Limoges porcelain and while they may look effortlessly beautiful, showcase a huge amount of skill, delivering unexpected flavour combinations and rich taste.

A casual bistro this is not. La Dame de Pic is as haute as it gets, with plenty of opportunity for an amuse-bouche and glass of Champagne before you even tuck into the starter.

We begin with one of Pic’s signature dishes: berlingots. These neat pasta pyramids, coloured and scented with matcha, take their name and form from an old-fashioned boiled sweet and come filled with Pélardon goats’ cheese. Paired with a delicately scented Tonka bean and Madagascan voatsiperifery pepper foam, they’re salty and sweet and incredibly moreish. 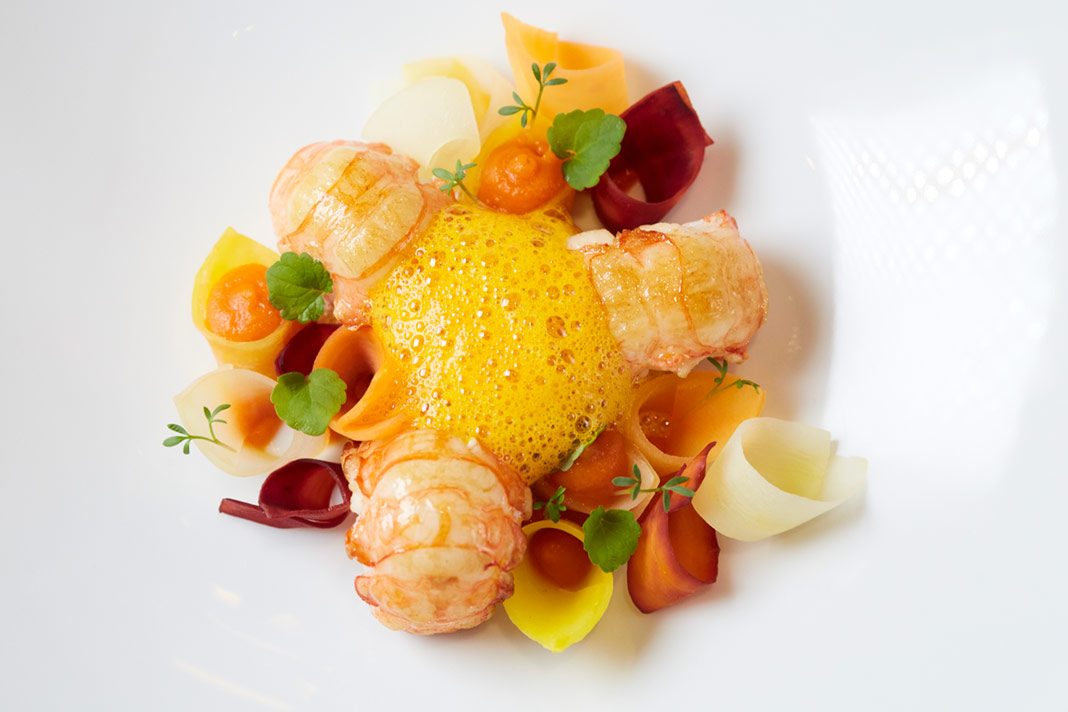 As for the mains, British produce like Dover sole and Hereford beef reigns supreme – unusual for a restaurant headed up by a French chef. My companion enjoys a dish of melt-in-the-mouth lamb while I opt for the utterly French Challans chicken, poached in sake with sauce Suprême. 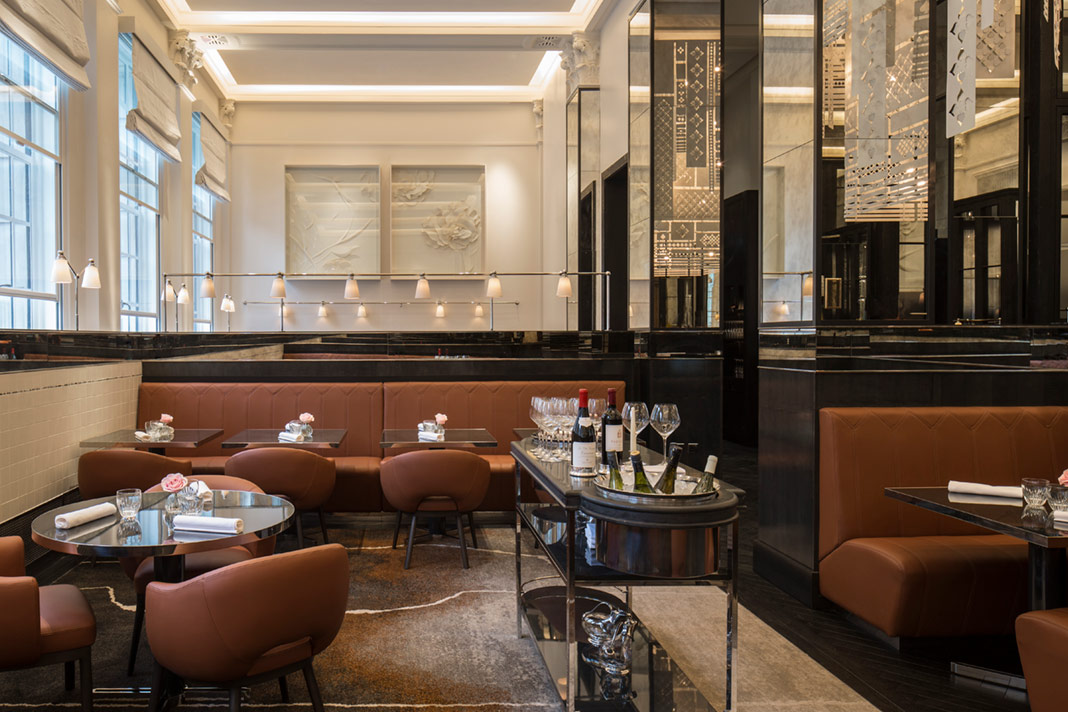 To finish we sample what is fast becoming London’s most Instagrammed dessert – the white millefeuille. Monochromatic and finished with a flourish of pure snowy white, it’s the perfect dramatic finale to a wow-worthy meal.