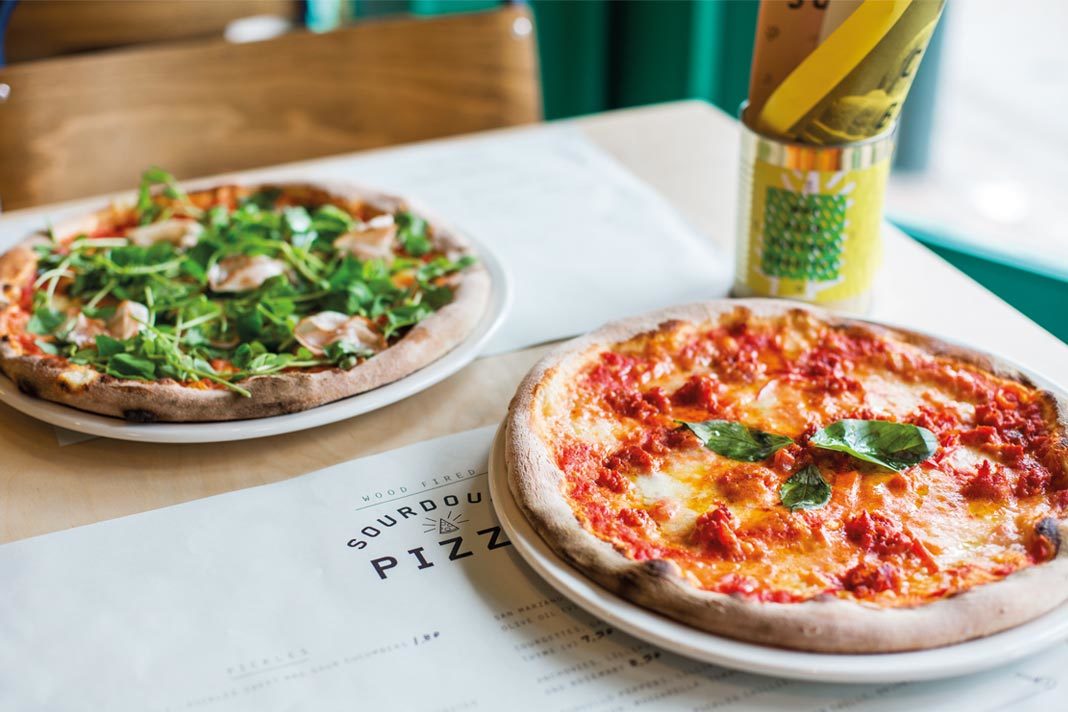 The good news for the residents of this SE neighbourhood is the trendy Crystal Palace pizza house, Four Hundred Rabbits, has opened a second outlet, joining Nunhead Green’s ever-smartening parade of shops. The eatery prides itself on being a place to meet, eat, drink and have fun; and that it is. The interior is typically tiled with an industrial-minimalist vibe and is populated by the expected clientele of families, twenty-something couples and students. An enticing range of craft beer is chalked up and the youthful staff are welcoming and efficient. 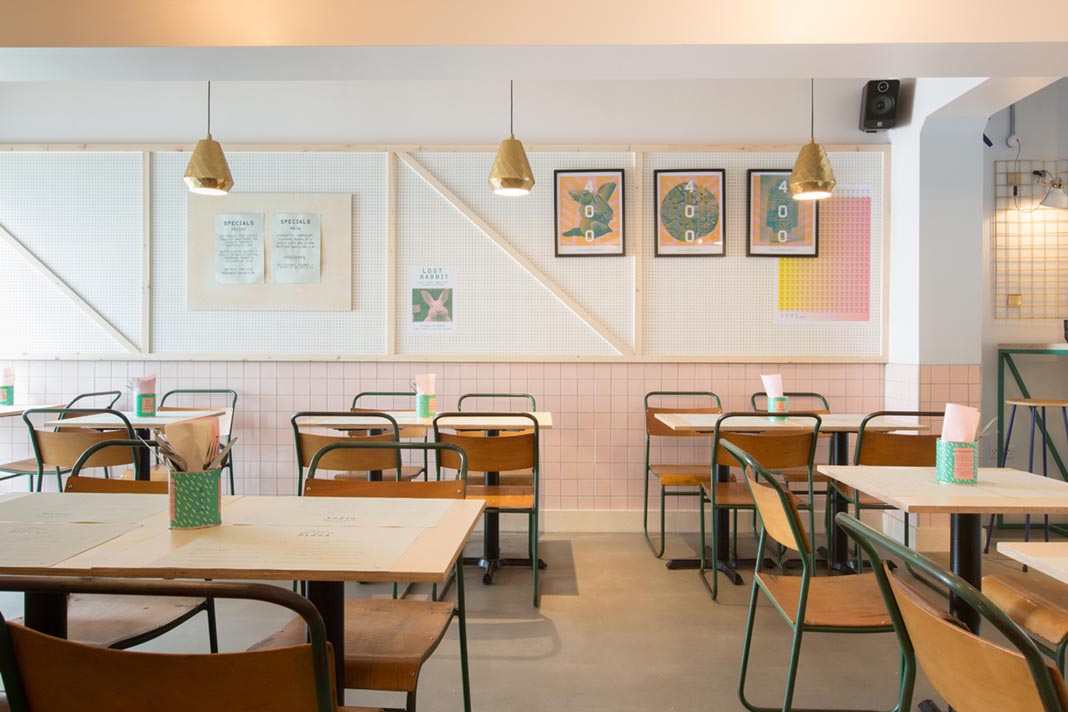 We started the evening with a round of Negronis – delicious and only £3.50, Nocellara olives and sweet and sour pickled cucumbers. So far, so very good.

Food-wise, the team use predominantly British ingredients, and the specials are seasonal: charcuterie is from SE1-based Cannon & Cannon, and the beef is 35-day, dry-aged. Pizzas draw influence from Napoli, but with a twist. The dough is a big deal and is left to rise for 48 hours. This, they claim, makes it easier to digest, as much of the work to break down the enzymes has already been done before you eat it. Gluten free bases are available, but the classic bases are really special so if you can, go for the real McCoy.

Our pizzas were tasty and came at a very reasonable price point. The perfect pizza base is an ongoing point of contention – at 400 Rabbits they’re thin with a satisfying texture and chew. A regular from the main menu featured courgettes, feta, mozzarella, and thyme. Fresh, light but powerful flavours were piled on top of pillowy soft, flame kissed crust, alongside the gratifying crunch of pine nuts. My companion went for an anchovy, caper and onion-topped number which was packed a woody hit of rosemary – another great choice. The sauce is created with San Marzano Dop tomatoes, described as the best-tinned tomatoes money can buy, resulting in an amazing balance of acidity and sweetness. 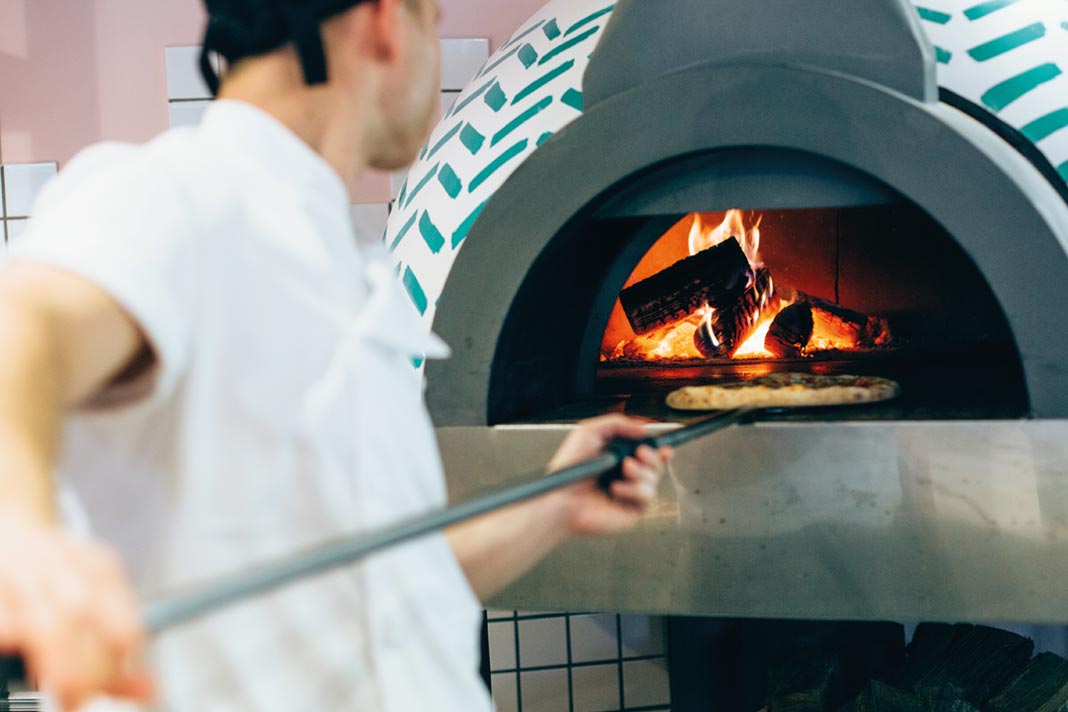 It’s all about celebrating “fermentation and two of the best things it has given us, pizza and beer,” and the restaurant does an excellent job with both. The name, in case you were wondering, derives from mythology. Thousands of years ago the Aztecs worshipped a God of fermentation and a Goddess of alcohol. According to Aztec lore, these two deities got together, resulting in no fewer than Four Hundred Rabbits. Fast forward to the present day and without alcohol and fermentation, we wouldn’t have beer or pizza, and so, the restaurant was named.

We were handed the dessert menu, and though our stomachs said no, our hearts said yes. We shared a salted caramel brownie with a side of salted caramel gelato to match. Delightfully rich, sinfully chocolate-y and complimented wonderfully by the smooth and creamy gelato.

As our sweet tooth was satisfied and our drinks finished, we were happy to reflect on a lovely evening. 400 Rabbits really knows its stuff when it comes to flavours and making exceptional comfort food.

9 Places to Drink, Dine & Dance Under One Roof

The Body Shape Calculator Will Make All Your Clothes Look Incredible

29 Things You Should Do if You’re Single in London this...

Top 10 Places in London for a Girls’ Lunch

Top 10 Brunch Spots in and around Chiswick