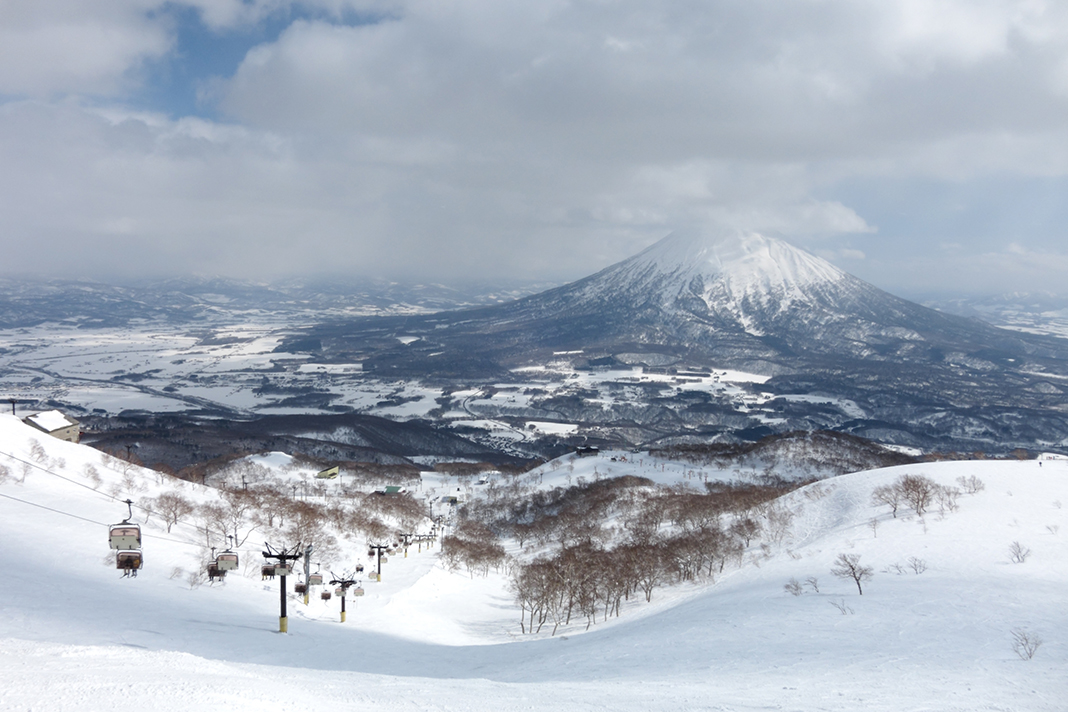 Whilst the slopes of France and Austria have long been associated with the perfect powder, Absolutely heads East to discover why a Japan ski holiday should be on your radar…

With Europe’s exceptional snow conditions and top quality resorts just a two-hour flight away, you’ll find many hard pushed to venture further afield for a wintery holiday. It takes a lot to tempt us away from the superb ski areas of the Les Trois Valley, the sunshine of St Moritz or the Michelin stars stacking up in the Italian Dolomites. It takes some seriously good snow. And so to Japan. Over 70% of the country’s land is covered in mountains and it experiences some of the biggest snowfalls in the world, which makes Japan one of the most skiable regions in the world. Though some 5,000 miles away and with jet-lag guaranteed, it attracts skiers and snowboarders from across the globe to experience the legendary champagne snow. 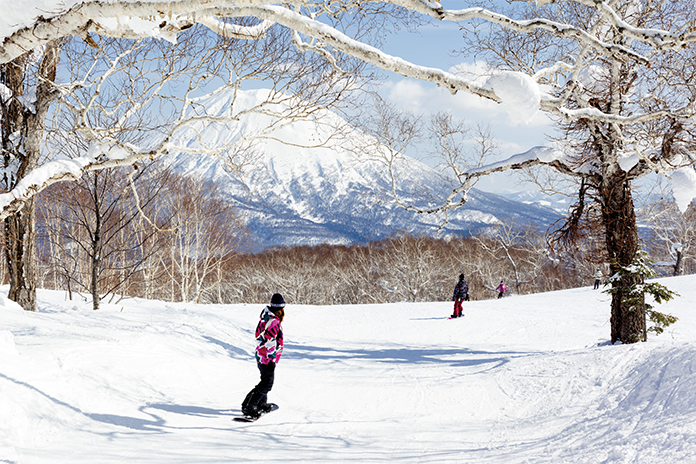 Japan is the promised land of powder. There was a time when it was hard to find foreigners on the slopes, but word has spread and the land of the rising sun has become the land of the falling flake. Once you experience the snow here, nothing really compares. Japan is blessed with one of the best, if not the best snow climate in the world for two reasons, quantity and quality. The quality is down to lighter snowflakes and the colder temperatures causing a dryer surface. The quantity is a result of good geography. The short version is that very cold and dry air sweeps in from Siberia over the Japanese sea, picking up moisture and causing snowstorms called Yamayuki or Satoyuki as it reaches the high mountains and the valleys. The ski season normally lasts from December to the end of March and it has been known to snow every day during winter. A good time to go is January and February, after the Asian market has gone back to work and it buckets with snow. Resorts typically get around 60cm a day throughout these months, in comparison with the 20-30cm that the Alps gets during this time. 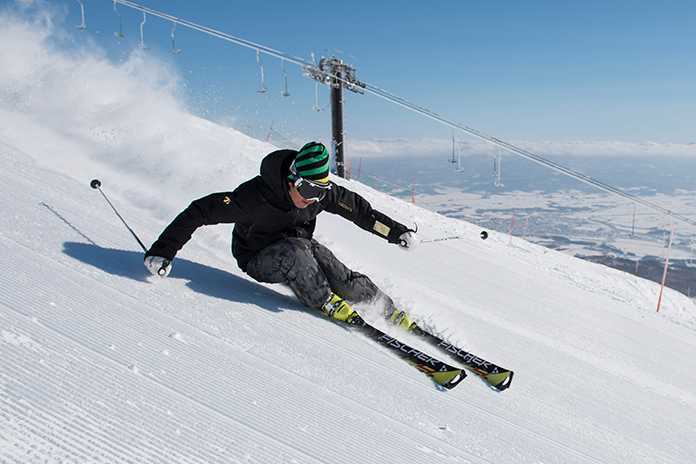 Another notable difference between this and European skiing is that the pistes are much shorter here, which does mean that there is more time spent on lifts. Whereas in France you might ski from the top to the bottom of a mountain in 30 minutes, there’s a lot more up-down-up-down in Japan which can be a nuisance for boarders. It pays dividends however because a with a relatively low altitude, avalanches aren’t a major problem here and as you can imagine, the white stuff piles up pretty high. Whatever the terrain lacks in steepness, it more than makes up for in deepness. The setting too is a stark contrast from the chocolate box villages of Europe. Without the familiar craggy outline of the Alpine mountains and the timber huts under their thick duvets of snow, the landscape takes some getting used to. But that’s not to say it isn’t beautiful in its own way. There’s an eerie sparseness without the pine trees. Though there is plenty of tree-skiing here, the trees are bare like burnt matchsticks, standing out starkly against the snow. It’s as if Tim Burton had designed the Alps.

Niseko is one of Japan’s most popular ski resorts, its unique location that makes it a Mecca for winter sports enthusiasts. The resort is split into three main areas, Grand Hirafu, Niseko Village and Annupuri which are all joined together at the top of Mount Niseko-Annupuri. It’s possible to ski between the areas, but shuttle buses also run between the villages at the base of the mountain. Niseko Village lies in the heart of the Niseko United ski area, nestled between Annupuri and Grand Hirafu. It offers a huge variety of skiing options including some of the steepest courses on the mountain, as well as a variety of bars and restaurants that cater to all tastes. 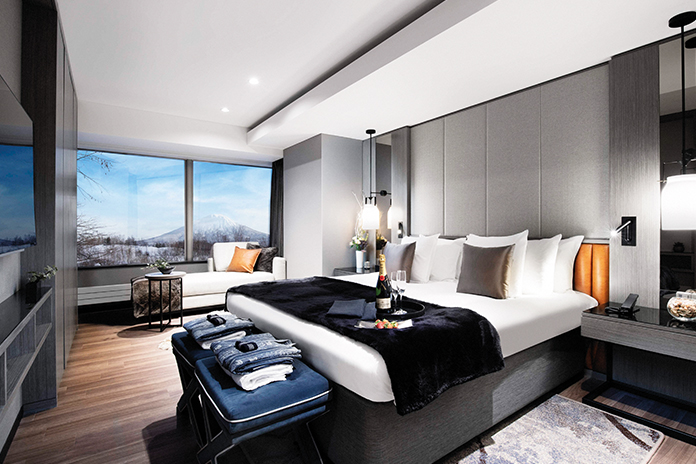 With its pleasant atmosphere, Niseko Village is a brilliant base for skiers. It lies in the heart of the Niseko United ski area, nestled between Annupuri and Grand Hirafu, and offers a huge variety of skiing options as well as a variety of bars and restaurants that cater to all tastes. For a stay that is as luxurious as it is conveniently-located, you can’t go wrong with a Kasara Niseko Village Townhouse. Eight in total and available to book out individually or as a group, each embodies authentic Japanese elegance while providing all of the modern conveniences that make your time off the slope restful and relaxing. For example, each has a fully-equipped kitchen, laundry facilities, secure ski and snowboard rack and heated ski gear storage room. There’s even the option to get a private chef in for those days when the skiing really takes it out of you. Or else, Hinode Hills is a unique residential development with luxurious hotel services. 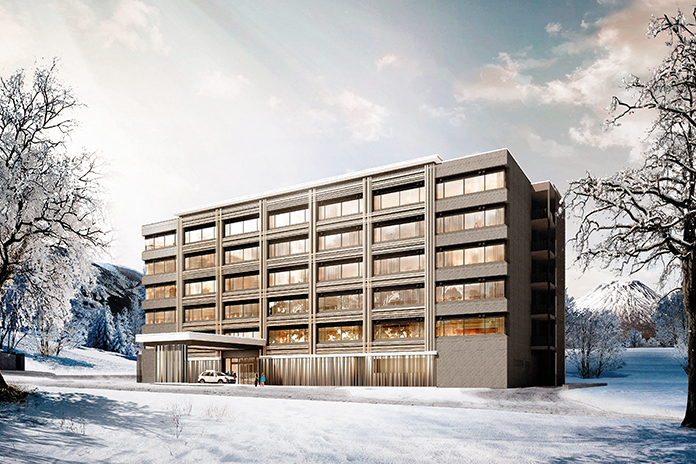 A variety of restaurants are also conveniently located, either a walk, quick taxi or gondola ride away. The best Shabu Shabu (a traditional Japanese hotpot dish) can be found up the mountain at Two Sticks in Niseko village, while the hugely popular Milk Kobo dairy, just 10 minutes away by car, offers tasty treats like original Hokkaido tarts, sweet/savoury custard tarts made with cheese. They sound diabolical but they’re really very delicious. Both The Green Leaf Niseko Village and Hilton Niseko Village also have very good facilities, restaurants and bars that will no doubt make your trip a memorable one. Most notably perhaps is the spa and onsen at The Green Leaf. 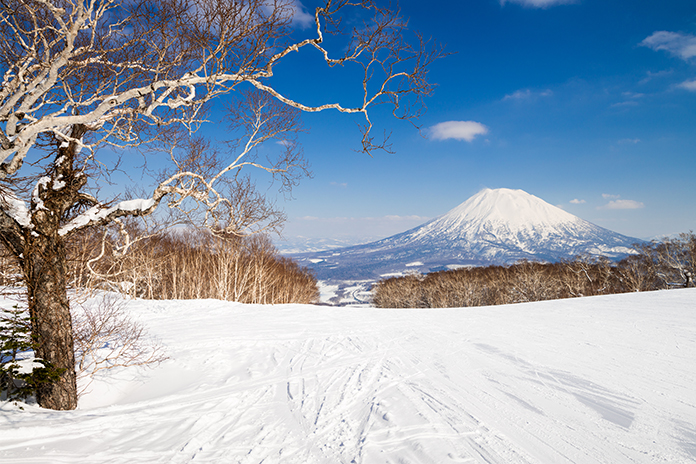 Nothing relaxes tired ski legs like a warm bath but even better is the onsen. These are naturally occurring volcanic hot springs, rich in minerals that are believed to be beneficial for the body and will leave your skin silky smooth. Japanese tradition says that to experience the full effect of an onsen, you should visit the hot spring every day for three weeks. Regardless, they make a satisfying and relaxing end to a long day of skiing, snowboarding, or hiking. It’s additions like this that make the long-haul flight well worth it. While there is the familiarity of Europe, warmer temperatures, more sunshine and cheese fondue, Japan’s rich culture and culinary differences make it much more than a ski trip. Though of course, if it is all about the skiing, you won’t find better snow.

Ski Safari offer rates from £2,625 per person for 7 nights in a 3-bedroom townhouse (room only) at Kasara Niseko Village Townhouse. Includes return flights and private transfers. Based on 6 people sharing; skisafari.com