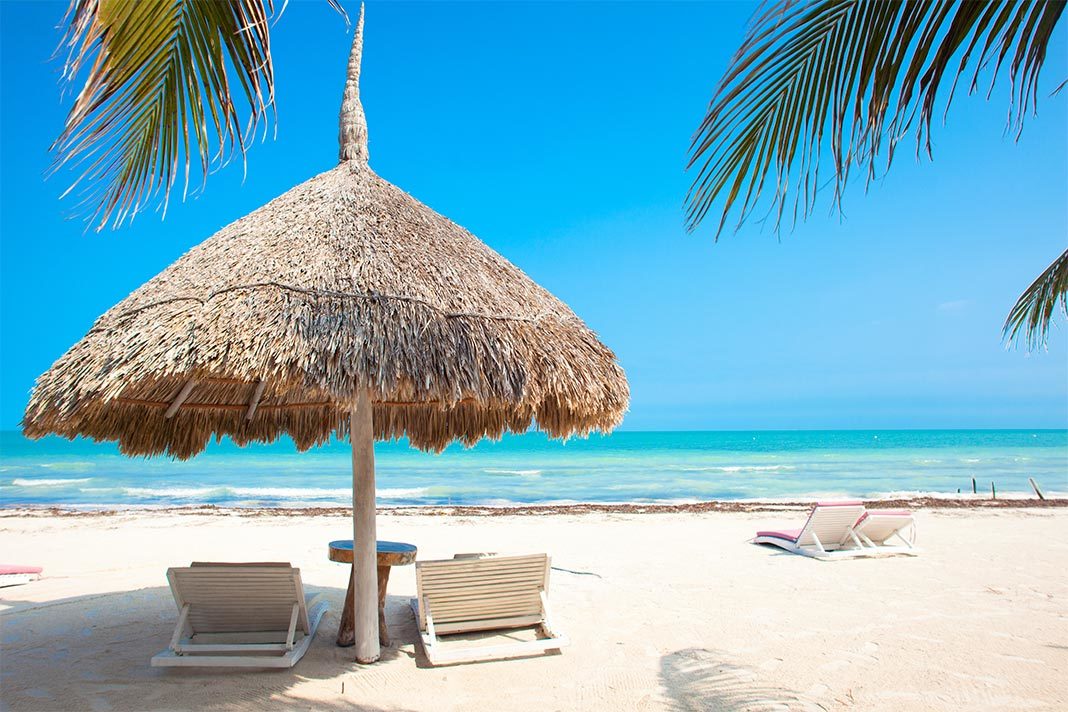 On the surface there are many similarities between Isla Holbox and Tulum, two of Mexico’s most spectacular destinations. Both are on the idyllic Yucatán Peninsula. Both have beaches that wouldn’t look out of place in your mind’s eye when you think about picture perfect paradise. And both attract tourists from all over the world. But, if you dig a little deeper, there are differences, and it all starts with a cup of coffee.

We’re not just picking on Mexico, we’ve seen it happen all over the world. It happened in Ko Samui when the late 70s and early 80s travellers would sleep on rattan mats on the beach. Now they have the choice of 18,000 hotel rooms and a Tesco. We saw the same in Goa when the spiritualists looking for enlightenment got overrun by middle-class pre-university kids on gap years. They just came for the t-shirt and didn’t care where they were.

It’s even happened closer to home. The filthy, smelly perma-cool dive bars of pre- hipster Shoreditch and Hoxton where you could drink till 5am listening to comedians and live music are now posh BBQ joints selling £18 burgers and beer with Belgian names.

In the 60s and 70s, Tulum – which looks out into the jade-coloured Caribbean Sea towards the Cayman Islands – was a hippy enclave well off the beaten track. It was possibly the last city built by the Maya people in the ninth century (and completely abandoned by about 1590). It was a place to kick-back, relax and find yourself among the haunting Maya ruins.

Today, the difference between Tulum and Isla Holbox is that the coffee we mentioned earlier can be bought at the latest addition to the Tulum seascape – Starbucks. Take a stroll down the spectacular beaches and you’re as likely to see a glossy mag doing a photoshoot or a celeb who’s a little late to the party as you are an aged hippy in a hammock smoking a cheroot and contemplating life, the universe and everything.

That’s not to say there’s anything fundamentally wrong with Starbucks, and it’s certainly not to say that Tulum isn’t stunning. Behind Teotihuacan and Chichen Itza, the city is Mexico’s third most visited archaeological site. Safe to say that around every corner you expect Indiana Jones to emerge clutching ancient treasures. But if you’re really seeking something off the beaten track then all is not lost.

For those looking for a gorgeously primitive beach resort on the Yucatán Peninsula that sounds like part-1970s children’s TV character and part-insurance company then Isla Holbox could be just the ticket, for a little while longer at least.

Isla Holbox (pronounced ‘hol-bosh’) is, as the name suggests, an island with around 1,200 native Holboxeños separated from the mainland by a shallow flamingo and pelican-filled lagoon. In the Yucatec Maya dialect, Holbox means ‘black hole’, so named by the Maya for the colour of the water as the Caribbean Sea mixes with the darker waters of the Gulf of Mexico.

Don’t misunderstand, there’s a thriving tourist industry on Isla Holbox with actual hotels and actual shops. You can get sushi and cocktails and you can sleep in cabanas on the beach or one of the boutique ‘palapa’ hotels. There’s even an upmarket patisserie. The Holboxeños love a mille feuille as much as the next islanders, but they are attempting to remain as authentic as then can for as long as they can.

In 2014 the locals managed to fend off proposals for a large-scale hotel development from faceless corporate clones. They don’t want tourism at a price – some would say selling out. For now at least, the locals don’t care about Starbucks. Their own coffee tastes all the sweeter for everything it represents and everything it doesn’t. Fancy checking it out yourself? Here are five top hotels in Isla Holbox.

Places like this actually do exist. Sitting pretty in the Yum Balam Nature Reserve surrounded by mangroves, lush vegetation and the odd flamingo, pelican and turtles, Casa Takywara looks out over the Gulf of Mexico and is a thoroughbred oasis of calm.

Each island-style room is beautifully and tastefully decorated and the whitewashed walls only accentuate what a relaxing place this is. Have a candlelit dinner on the beach, drink cocktails at sunset and listen to the gentle hum of the birds of paradise. Casa Takywara is a place where you’ll take your shoes off when you get there and you won’t need them again until it’s time to leave. This is pure, unadulterated calm, the likes of which is getting harder and harder to find.

Casa Las Tortugas is the baby of Italian husband-and-wife team Gianni and Greta Golinelli. Their love for architecture, colour, detail and texture seeps from every corner. Translated ‘House of the Turtles’, this is a stunning beachfront hotel where guests can reconnect with nature in the most serene way.

Handmade from wood and woven palm leaves, two traditional Maya casitas are home to 21 carefully curated rooms. They are uniquely decorated by the family’s treasures picked up on their travels around South America. They perfectly complement the barefoot boho vibe is a sense of understated luxury which is hard to get right. Casa Las Tortugas hits it dead on.

Eco-conscious and a very real sense of being in harmony with its surroundings, the hotel sits on the Playa Blanca. It’s surrounded by lush vegetation, birds of paradise, stunning fauna and views of the confluence of the Caribbean Sea and the Gulf of Mexico.

Sandra Pérez came to Isla Holbox looking for a place of solitude. A place to create art and a place from where she could renew her childhood fascination with nature. She found what she was looking for and in 2003 she opened the doors of her home to guests for the first time. CasaSandra has 18 rooms and a luxury villa and each one has views of what she describes as ‘paradise’. Each one has beautiful decor; with art, music and cosiness in mind, designed to inspire and relax the mind, body and soul.

If you want wi-fi, huge TVs and alarm clocks, this isn’t the place for you. If you want to enter a world of serenity and calm, Sandra will welcome you with open arms and a view to die for.

La Palapa is a stunning hotel for adults a few white sandy footsteps away from one of the best beaches on the entire Yucatán Peninsula. Most of the rooms, designed in Colonial-Caribbean style, have breathtaking panoramic views of the turquoise water. Guests can sit with a cocktail or two and relax in a way you will have never experienced before. Relax in the Reading Room or take a moonlit stroll on the beach with the one you love. Alternatively converge mind, body and spirit in the private indoor spa or the outdoor spa. There’s even a panoramic jacuzzi on the rooftop terrace. Relaxation doesn’t get much better than that.

One of only 35 hotels in Mexico certified as a ‘Hotel Boutique’, Villas Flamingos ensures you leave all your worries at the door. It guarantees tropical beaches, sensational views, lush, beautifully-manicured grounds and a connection with nature.

One guest was reluctant to leave a review because she didn’t want to reveal such a hidden gem to the world; she may have a point. The food is daily fresh and the swimming pools – including the only seafront pool on the island – offer incredible views. The 200m stretch of private beach is straight from a postcard. Their famous ‘sea hammocks’ are one of the island’s most iconic images. Isla Holbox is one of the world’s most romantic places. If you’re looking for a hotel that ticks all your boxes, Villas Flamingos should be top of the list.

Feature compiled with help from Historvius, the leading online travel guide to the world’s historic sites and fuses history and travel like never before. They provide a unique resource for those seeking fascinating holiday inspiration.
historvius.com