Home Home Should You Invest in London’s Buy-to-Let Market? 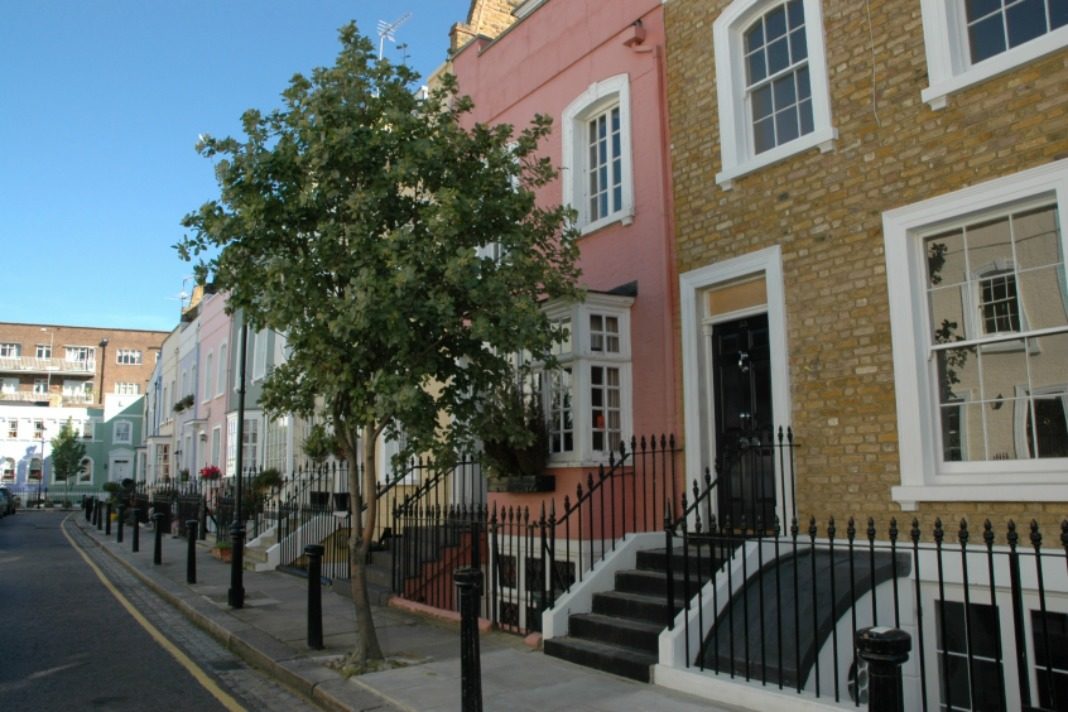 Nigel Lewis investigates the question crossing many people’s minds as they plan for their financial future in the capital.

If you WERE to tell friends that you’re planning to become a Buy-to-Let landlord, you would most likely be met with a wall of scepticism and furrowed brows.

Over the past two years, they will tell you, landlords have felt the increasingly expensive effects of government action. Landlords buying a property now pay an extra 2% Stamp Duty, and many of the tax perks that landlords once enjoyed have been reigned back, and will disappear by 2020.

On top of that, many boroughs in London have, or are considering, introducing compulsory landlord licensing. This can be both costly and a tangle of regulatory tape to navigate. And yet for many investors, London’s Buy-to-Let market remains an enticing prospect despite these hurdles to entry.

And demand for rental properties is increasing, unfortunately for tenants faster than inflation – at 3.2% – according the most recent LSL Buy-to-Let Index. It also reveals that London still has the most expensive rental properties in the UK at an average of £1,286 per property.

“[Recent] predictions that a flood of landlords would abandon their buy to let portfolios have been greatly exaggerated, in fact we have seen very few clients exit the rental market this year – most are actively looking to invest further,” says Marc von Grunherr, Lettings Director at Benham & Reeves Residential Lettings.

“The fundamentals continue to remain strong and that is why our outlook on London property continues to be bullish. Professional investors have been able to navigate these legislation changes and capitalise on these localised rental hotspots.”

Rents are also rising as demand outstrips supply. The good news for tenants is that’s not a blanket rule; demand and supply varies from postcode to postcode, so not everywhere is a hot house of increasing rents.

Below are the best postcodes to live in if you’re a tenant and, potentially, the best to consider if you’re a landlord looking for the areas with the strongest demand – and therefore fastest-rising rents.

The research comes from one of London’s largest letting agents, Benham & Reeves Residential Lettings, which has 16 branches across the capital.

As you’ll notice from these postcodes, the most popular areas for tenants at the moment are the areas of London to the south and south west of the river which, until relatively recently, were less popular areas to rent a home.

Sky high rents in central London and more fashionable parts of North London have pushed many trend-seeking young workers into the arms of southern postcodes and – detailed below – in particular Brixton, which is currently one of the most sough-after areas to rent in London among younger renters.

SW9
Areas: Stockwell and parts of Clapham, Brixton and Oval 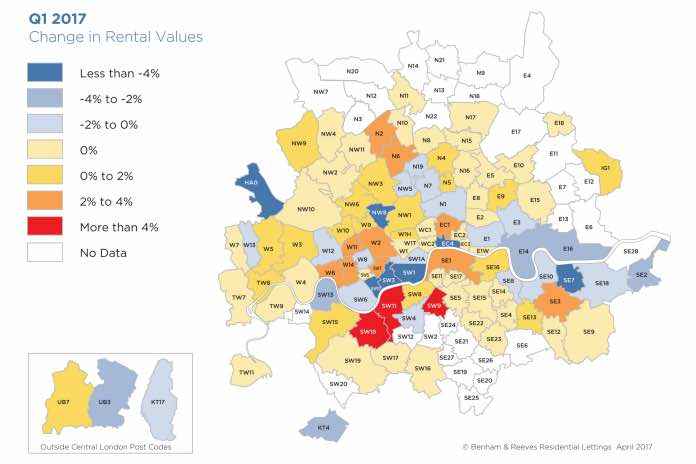