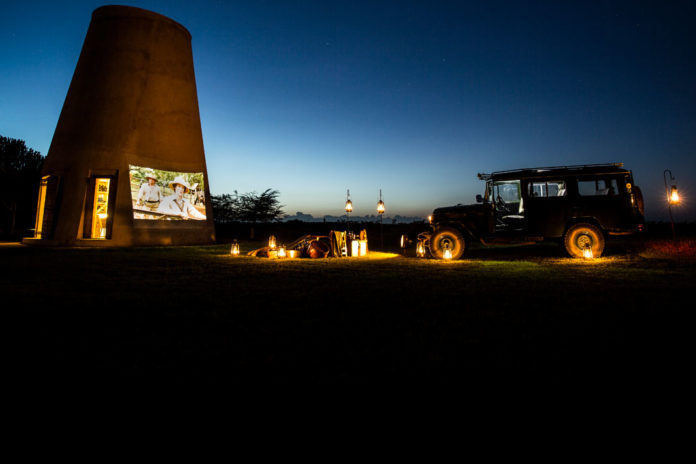 When I was five years old, I remember my Dad returning from one of his long haul trips to Los Angeles. Usually, he’d bring back edible presents – Lifesaver sweets and Hershey’s Kisses – but this one particular time he brought us back something else. Out of his small cabin bag came a rectangular box, a VHS, and on the front was a cartoon lion, surrounded by a pack of other wild animals – a wildebeest, a meercat and a mandrill – all standing proud on a large rock. It wasn’t long before the video was thrust into the player and my brother and I were hooked on The Lion King. Ever since that morning, when we delved into Disney’s representation of the African wild, we have both dreamt of going there ourselves to experience the natural world at, well, its most natural.

Our mutual desire to visit the land of lions has never ceased. So after 12 years of discussing, and one and a half years of planning, we were on our way to Nairobi for the trip of a lifetime. The flight with Kenya Airways was a breeze, and before we knew it we were ushered out of Nairobi Airport and packed onto a single engine Safarilink plane and on our way to our first port of call in northern Kenya.

“If you’re feeling brave, the team at Segera will happily set you up a bed outside.”

Our first stop was Segera Retreat, just north of the equator, on the Laikipia Plateau. This part of Kenya is an important migratory corridor within the Ewaso ecosystem – to put it simply, it is buzzing with life. The resort, which sits in the shadow of Mount Kenya, is a lush nirvana in the middle of wild grassland. Made up of a ring of luxurious stilt villas and an oasis-style private pool, each villa runs on solar energy and has a private balcony facing the bush and an al fresco Jacuzzi, which is ideal for a post-safari soak. While you’re there, you will also catch a glimpse of some of the park’s wildlife drinking at one of the watering holes nearby. If you’re feeling particularly brave, the team at Segera will happily set you up a bed outside, so you can star-gaze until you drift off.

Before the land was acquired by Jochn Zeitz in 2005 it was overrun with poachers. But an eight-year conservation project transformed it into a reserve committed to protecting and cultivating the land and its animals. Alongside this, Zeitz invested time and money on initiatives to help preserve the wildlife and improve the lives of indigenous people.

Safari is a bit of a tourist trap. Finding oneself alone with a lion or a rhino is, unfortunately, unlikely. In fact, people warned us to expect a flurry of 4x4s jumping dunes to get a glimpse of anything moving on the savanna. But clearly these people didn’t visit Segera. Our experience here was one of solitude and discovery. The resort has only eight villas, which means it is never overrun. Secondly, it’s the only resort in the 50,000 acres of wilderness, which means a fleet of noisy Jeeps just isn’t a concern.

Our game drives tended to be in the evening – a 5.30pm departure, when the temperature dropped – with the hope of us spotting something during three-hour trips. We saw plenty: lions (only a few, mind), elephants, giraffe, zebra, antelope, buffalo and even a hippo bathing at the watering hole by my room.

While the wildlife is certainly the draw here, there’s plenty more to enjoy. The food, for example. The staff at Segera will do everything in their power to ensure you are happy and well-fed, and are more than happy to take requests. If you’re craving pancakes and maple syrup for breakfast, you can have them. Or is chicken curry and daal your favourite? Just ask. Most evenings we left it up to the kitchen to surprise us, but on request we persuaded the chef to cook us up an authentic Kenyan feast including staple dishes such as ugali (a starchy porridge-like substance), meat stews, sukuma wiki (collard greens cooked with onions and tomatoes), chapattis and a coconut kidney bean soup better known as maharagwe. One day we were whisked off to a prime ‘lion viewing’ spot in the bush, where we were surprised by an al fresco picnic that could’ve been plucked right out of the set of Out of Africa.

Everything about Segera is on point; they combine luxury with rustic charm, provide a 24-hour concierge service, unlimited game drives, your own driver and allocated waiter, and a type of hospitality you’d expect to find at a friend’s home.

To top our stay at Segera off, as we were leaving the resort, our driver David suddenly stopped the car, pointed quietly, and whispered, “Chui”. We glanced in the direction of his finger, and to our amazement there was a Chui (Swahili for leopard) standing by a fence, looking at us. Within seconds it turned away and raced off. But that didn’t matter, we had seen it, and it was wonderful.

Jetting from northern to southern Kenya, we saw an extraordinary change in landscape and animals. From the seared grasslands in Laikipia Plateau to the verdant planes of the Masai Mara, we were onto the next chapter of our African adventure. As the plane glided into land, we spotted a clan of hyenas near the runway, countless harems of zebra, towers of giraffes and herds of elephant grazing nearby amidst the trees. Life was everywhere. Which meant we were in for a lot of lion sightings. Wilson, our friendly, talkative driver, picked us up and whisked us off to the camp.

Comprised of 30 luxury tents, split in half across two camps and overlooking the vast Masai Mara, the camp is on the Oloololo escarpment, on the edge of the Rift Valley. The main restaurant/reception is an open wooden decked space, adorned with Moschino-style rocking chairs and an unrivalled vista that redefines the phrase ‘beautiful view’. The food is good, but the best dinner was had under a canopy of trees, lit with lanterns, where they cooked up a feast of meat and delicious salads.

Unlike Segera, Angama is more about a shared experience. There are communal dining areas where you can socialise with other guests or chat over a bonfire and a cocktail. The drives are different too – there are park fees, and plenty of other safari dwellers, so it’s less intimate than the Segera safari. But the wildlife is abundant: male lions laze under the shade of a tree, lionesses sit in packs across the savanna, the distinctive Masai giraffes run alongside your car, elephants wander across the bush in their hordes, and Black rhino can be found. This prehistoric beast has inhabited the world for some 60 million years and, after years of poaching, is now an endangered species. It is believed there are only 2,500 left in pockets of Zimbabwe, South Africa, Kenya, Namibia and Tanzania. And it was the final animal, the one to complete our sighting of the Big Five, and the one we thought least likely to see. But as if by magic, to complete the trip of a lifetime, as we were on our final game drive, there it was, a black rhino with her baby plodding across the bush. And to top it off, not one 4×4 (other than ours) in sight. It was the most spectacular end to the most incredible trip, and has given me my very own story to treasure for the rest of my life.