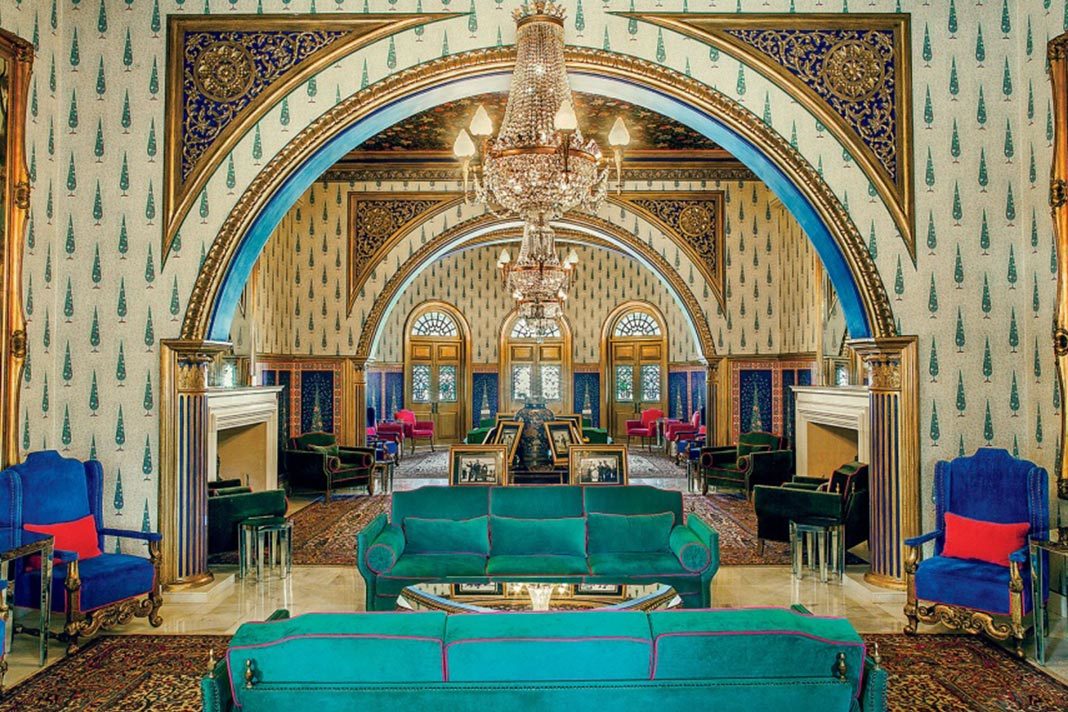 The travel industry is more photogenic than ever; here are a few of the most visually pleasing hotels in the world…

The hotel industry is bigger, more ambitious and frankly more bonkers than it’s ever been before. Nowadays, for those seeking the very best of luxury travel, the hotel is the destination. So where do we start with a list of the world’s most Instagrammable hotels? Some are architecturally astounding, some have perfect pools, others serve utterly mind-blowing food. The very top of the pile though, tick all these boxes and more and we’ve hand-picked five of the most astonishingly Instagrammable hotels you’ll find anywhere in the world. 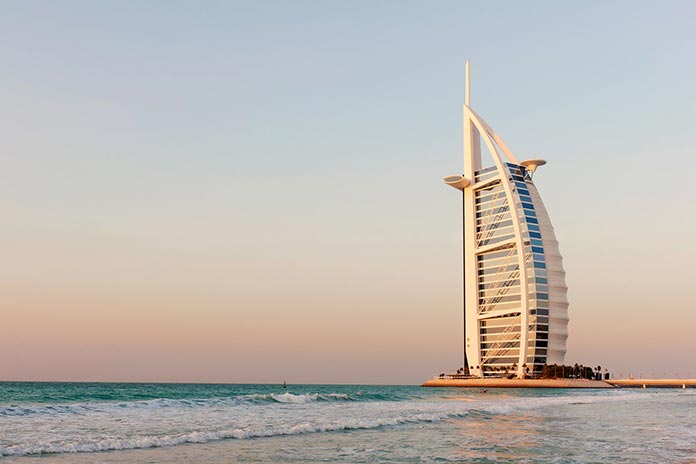 Officially the world’s most popular hotel on Instagram (571,000 followers) and Facebook (573,000 likes), the billion-dollar Burj Al Arab in Dubai has a place at the top table of the world’s most iconic hotels. The distinctive spinnaker sail-shaped hotel (the world’s third-tallest at 321m) is an Instagrammer’s dream! Five pools, private cabanas, suites that redefine the word ‘luxurious’, world-class restaurants including Al Muntaha – ‘The Ultimate’ – 200m above the Persian Gulf, and Al Mahara – ‘The Oyster’ – accessed by a simulated submarine journey, only tell part of the Burj story! For the lowdown, follow them on Instagram.

Rates from around £861 per night, jumeirah.com 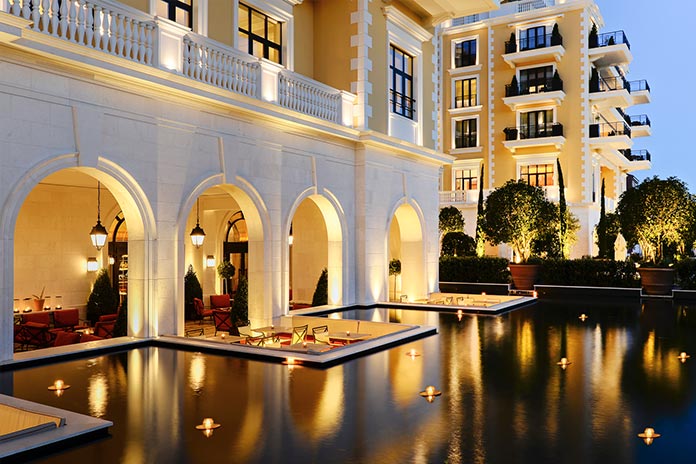 A leftfield choice perhaps but the Regent Porto Montenegro is an utterly stunning hotel on Montenegro’s affluent Adriatic Coast. Inspired by the Renaissance Venetian palazzos of the Doges, the luxurious 87-room hotel has staggering views of the marina and out into Boka Bay from one side and the scenic magic of the Montenegrin mountainscape to the other.

As you overlook the Eastern Mediterranean’s largest natural harbour (and UNESCO World Heritage Site), your Instagram account will be full to bursting with spectacular images, including the ‘picturesque shoreline of rugged mountains hugged by ancient hamlets and sandy beaches slipping into the Adriatic waters’. Montenegro may not have been on your radar yesterday, but it will be tomorrow.

Rates from £263 per night, regenthotels.com 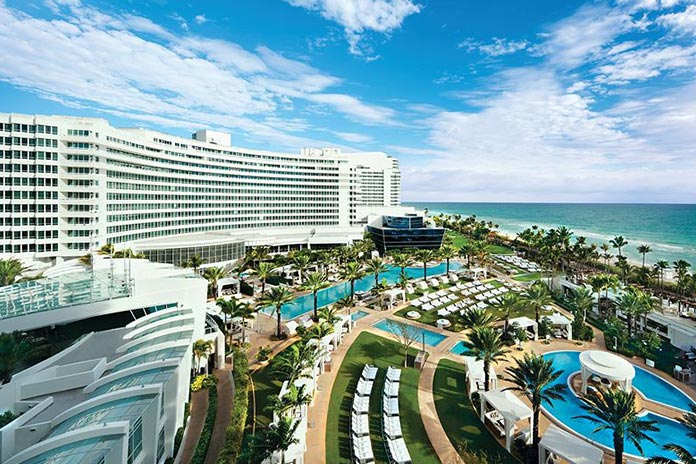 In a sexy city full of hot hotels, the oceanfront Fontainebleau on Miami Beach’s Collins Avenue is as iconic as it gets. Architect Morris Lapidus said of the hotel ‘If you create a stage and it is grand, everyone who enters will play their part’ and while the guests play a fine supporting role, the unquestionable star of the show is the Fontainebleau, one of Miami’s most historically and architecturally significant hotels. It seems clear with hindsight that the Fontainebleau was invented for Instagram! From the A-list energy of the nightclubs and bars, the award-winning #foodporn, the uncompromising luxury of the bedrooms and suites overlooking the deep blue Atlantic, and the spa that pampers the body and soul. Don’t come without a camera and an Instagram account.

Rates from £209 per night, fontainebleau.com 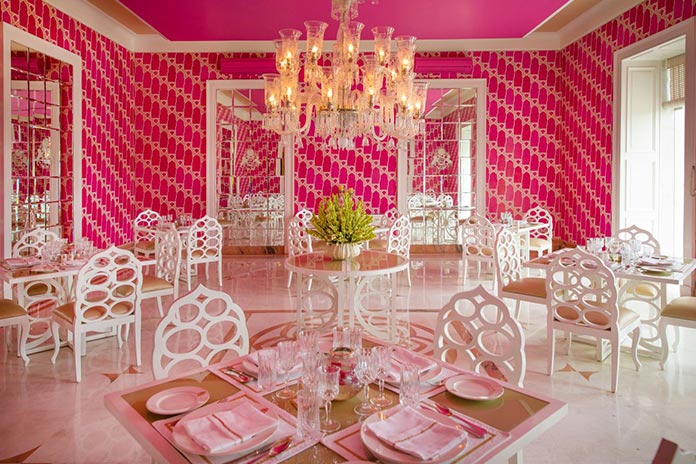 Standing witness to 250-years of the rich and vibrant history of the ‘Pink City’ of Jaipur, capital of the state of Rajasthan in northern India, the Rajmahal Palace has been described as ‘the best of Indian luxury’ and ‘an Indian boutique hotel unlike any other’. With one glance, it’s easy to see why. The original magnificent marble staircase, elaborate chandeliers, bay windows that seem to stretch to the sky and a strikingly opulent, intricately detailed interior designed by the hand of celebrated creative tour de force Adil Ahmad makes the Rajmahal Palace a unique hotel experience. There are so many stunning images to capture, you won’t know where to start.

Rates from around £279 per night, sujanluxury.com 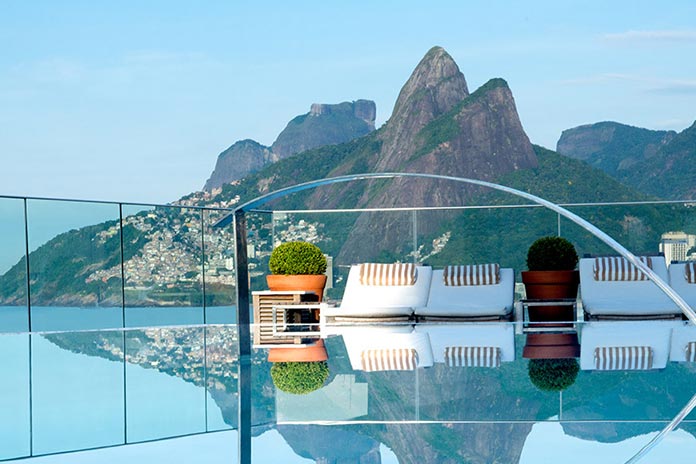 Can you get any more Brazilian than a staggeringly beautiful hotel on Ipanema Beach, celebrating the heady days of Jobim and Gilberto, two of Brazil’s most famous musicians and creators of bossa nova? Many have tried and failed but the Hotel Fasano in Rio is the original and the best. Legendary designer Phillipe Starck’s first foray into Brazil is an unqualified success. Traditionally Brazilian materials including Îpe flooring and the vast reception desk made from a single piquiá tree stump blend seamlessly and beautifully with Chinese onyx, 19th-century Argentinean brick and Grecian marble to create a truly world-class hotel. The rooftop bar is so popular, Cariocas have to book rooms just to sip their famous caipirinhas! Throw in sensational sunsets and staggering views out to the South Atlantic and you have one of the world’s most Instagrammable hotels.

Rates from around £467 per night, fasano.com.br

Feature compiled with help from Trip Historic, the leading online travel guide to the world’s historic sites and fuses history and travel like never before, providing a unique resource for those seeking fascinating holiday inspiration.