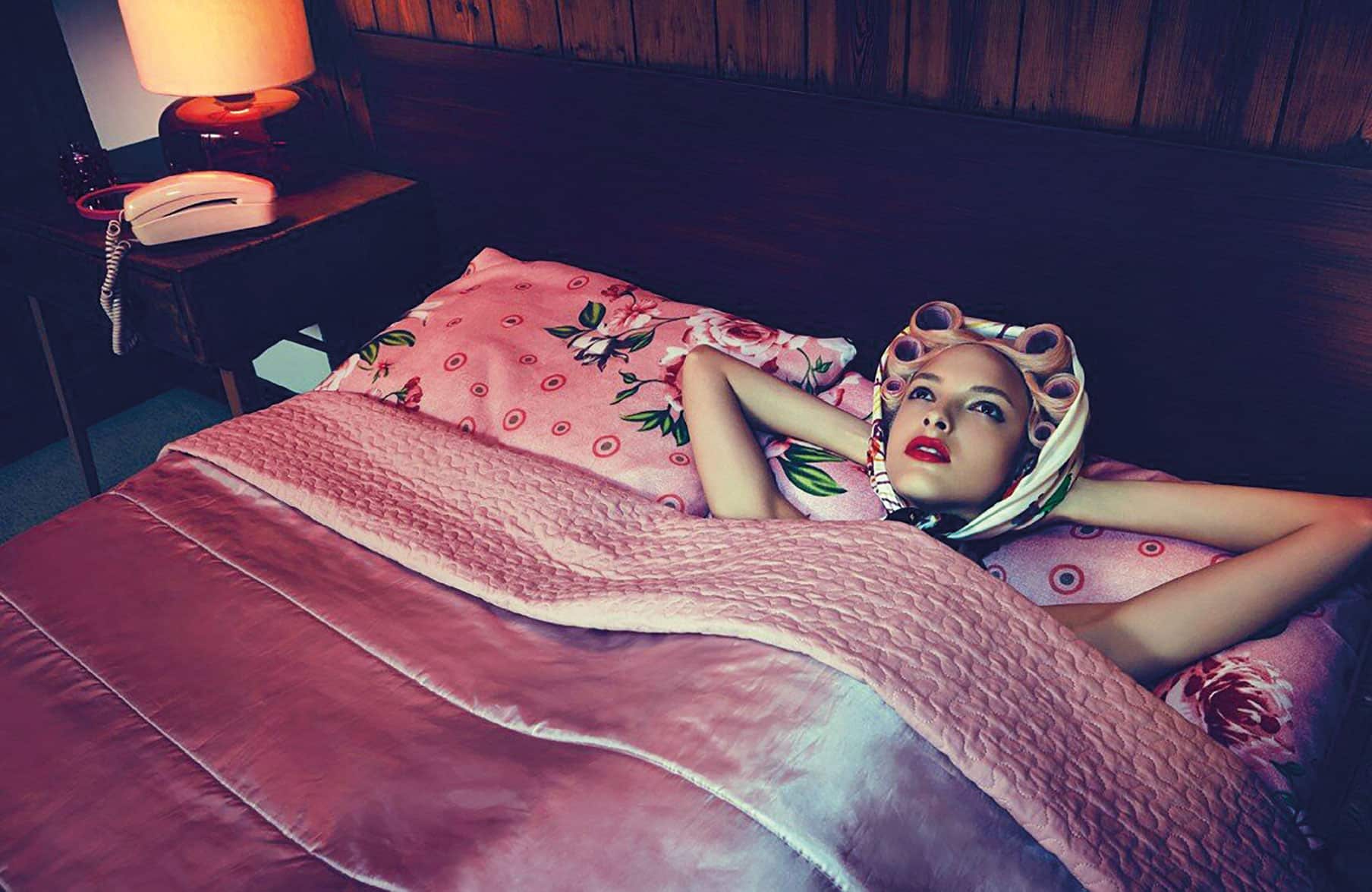 Gillian Millner has hosted 500 film shoots in her south London house and now she has set up an agency helping people do the same. Absolutely meets her, and gets an inside look at her glamorous home and shoot location…

How did you get into using your house as a location?

I used to work for Natmags and all our advertorial shoots were in people’s houses. I noticed that some houses were glorious and others were just normal. So when my husband and I were in the process of moving house I wanted to find one spacious and different enough to rent out for shoots because I knew that houses that are super special or have beautiful gardens or a unique sense of style were in demand.This was 20 years ago – at first we were thinking of an old factory in Dalston but in the end we found Deerhurst Road – it was a square 1970s house with incredible huge pivot windows and an indoor swimming pool. It was in a right state. We ended up having to take the whole back of the house off, but the space was already there and I could see that we could make it work.

What did you adapt specially?

We obsessively went for a 1970s interior to go with the architecture. I bought 1970s wallpaper and anywhere I could put wallpaper, I did. We collected vases, pots and everything. My house is a bit weird now with all its pot plants and retro storage jars. I do live in a normal bed – the whole house isn’t 70s.
We’ve got a roof deck and I was very clear with the gardener that I need plants that are low maintenance and will never die – because they need to provide a good background year round. The garden has plastic grass for the same reason. Jenna Coleman came here for a shoot after the 70s. We had the Krays here a couple of weeks ago. Disco room gets used for that – wooden panelling, Christian Dior banquette sofa, red floor. When anyone comes into the house it’s quite extraordinary.

How does hosting film crews work with family life?

My children think it’s great. My son was 6 months old when we moved in –  he’s 17 now and he’s grown up in a shoot location. They’re used to having to go and get breakfast in the cafe on the common and eating takeaway food because a film crew has taken over the kitchen. One of my favourite memories is Olly Murs singing “Lola” to my daughter Lola.  He shot his music video Busy in the house.

How much work is it to maintain your house in readiness for a shoot?

The house has cost us a fortune but it helps earns its keep. It’s a nice way of getting another income but it’s not without work. For instance I know that I’m going to have to tidy today for a recce and I’m always nagging my family to keep it tidy. I do a lot of cleaning and get through a lot of hand cream and Marigolds.

I’m not precious about the flooring. We have a laminate wooden floor and people can drag things across it. I’m unprecious about the house. If shoots cause damage they’re very quick to say and they just make good. The main stress is making sure you keep on track with neighbours when you have lots of cars and trucks parking on your street.

We’ve never moved out even for a night. The house is big enough that we can be upstairs if they’re shooting downstairs. You don’t have to go out but you shouldn’t hover. I generally sit in my office – which could be any room they’re not in.

What have been your shoot highlights?

You’ve launched an agency to help other people market their houses as locations. Why did you start that?

It’s more a consultancy – I go in and hold their hand, take photographs and video footage, set up a website and instagram feed and introduce them to the location libraries. I either set them up and they run it or I manage it. It’s a great way to monetise your house.

What advice would you give to anyone considering it?

Come to me! It’s important to set up good house rules – set them up carefully and respect your neighbours. It’s important to consider whether you’ve got enough space to accommodate 10-15 people, otherwise there’s nowhere for the crew to go. And if you have a beautiful house you can’t be too precious about it.