Home Going Out Art & Theatre Hokusai: Beyond the Great Wave at The British Museum 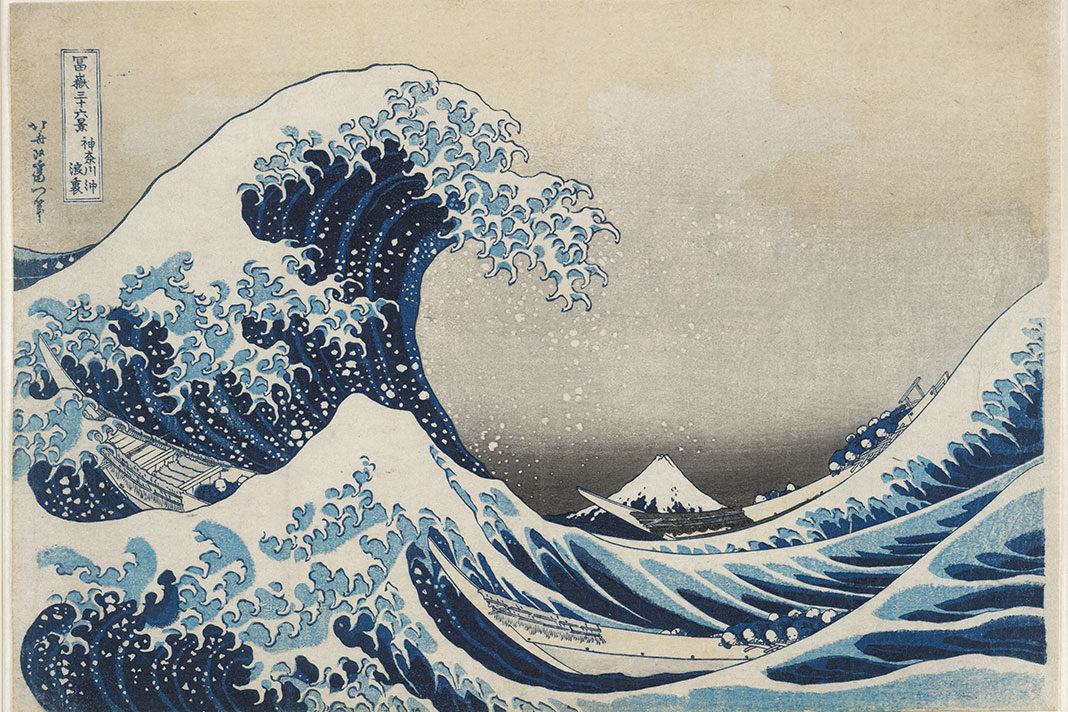 Experience the life and work of Katsushika Hokusai, the Van Gogh of Far East Asia, at the British Museum’s exquisite new exhibition

For an artist to break into iconic status, to become culture rather than follow it, a feverish intensity and unstoppable determination must drive his or her practise. Think of Picasso; it is estimated he produced around 50,000 works during his prolific career, each one a burst of his unique interpretation of the world. Or Matisse, who, mainly confined to a wheelchair, continued to create art in the last months of his life. Those last works – his paper and gouache cut-outs – are now amongst the most iconic images in European art history.

Katsushika Hokusai had an ambitious nature to rival them all. He remarked that he had “fallen in love with painting” from the moment he became conscious of it at six years old. It would turn out to be a dominating, life-long love that burnt with a hungry passion, leading him to at one point adopt the name Gakyō rōjin, which translates as “old man crazy to paint”.

Hokusai is the subject of The British Museum’s summer blockbuster Beyond the Great Wave. The exhibition stories the artist’s career from around the point, in his 70s, that he created his most famous print: The Great Wave off Kanagawa. One of the most iconic images humanity has ever produced, its influence swept across the world and remains entrenched in global cultural consciousness. The British Museum has drawn from its collection of Japanese art and borrowed from far-flung institutions to carefully piece together this detailed examination of the winter of Hokusai’s life.

Hokusai was born in mid-18th century Japan to an artisan family. It is thought his father worked producing mirrors for the Shogun, and that his artistic nature planted the seed of creativity in his son. At 12 Hokusai was sent to work in a library, and it was there that he first encountered books produced by woodblock print; the technique that would later become his primary medium. Following this, he apprenticed with a wood carver, before eventually entering the studio of Katsukawa Shunsho, a popular artist of the ukiyo-e genre.

Hokusai apprenticed at the studio for the next decade or so manufacturing ukiyo-e prints and paintings. Ukiyo-e, or “images of the floating world”, is a style that originated in the city of Edo. It depicts the city’s pleasure district – funded by a recently enriched merchant class, who wanted to spend their newfound wealth on secular enjoyments – and often features courtesans, kabuki theatres, brothels, musical scenes, and portraits of young lovers.

Hokusai would continue at the studio until Shunsho’s death, after which his experiments with differing styles and rival schools would see him dismissed by the new master. This marked an inspirational shift in Hokusai’s career, and he would go on to push boundaries and break convention. He included European observation of perspective, drew nature and landscapes instead of the floating world, and incorporated the techniques of many different schools and styles into his work.

The exhibition is focused on what is undoubtedly Hokusai’s most famous body of work: Thirty Six Views of Mt Fuji. A series of prints showing Mount Fuji – an anchoring force in Hokusai’s life – from different angles, perspectives and locations, and in different seasons and weather conditions. They are considered masterpieces of printmaking, and it is to this body of work that the Great Wave belongs to. A second masterpiece, particularly adored in Japan, is Fine Wind, Clear Morning. This print displays an earthy red Mount Fuji set against blue, cloud-filled sky. The pleasing beauty of its simplicity and contrast is unparalleled.

Though a summer blockbuster designed to pull in the ticket sales, Beyond the Great Wave is never cack-handed and never grand-stands. The curation is detailed, careful, and full of respect. The focus, yes, is certainly on Hokusai’s later years and ignores the prodigy of his earlier career. Some have lambasted this, but I think it little matters. The exhibition is a celebration of life’s twilight years; the understanding and subtlety that comes with a lifetime of looking at the world. There can be a Before the Great Wave another time, this show is perfect as it is.

Hokusai: Beyond the Great Wave runs at The British Museum until the 13th August 2017. Tickets priced at £12, members go free.