Home What's On Grayson Perry: The Most Popular Art Exhibition Ever! at the Serpentine Gallery 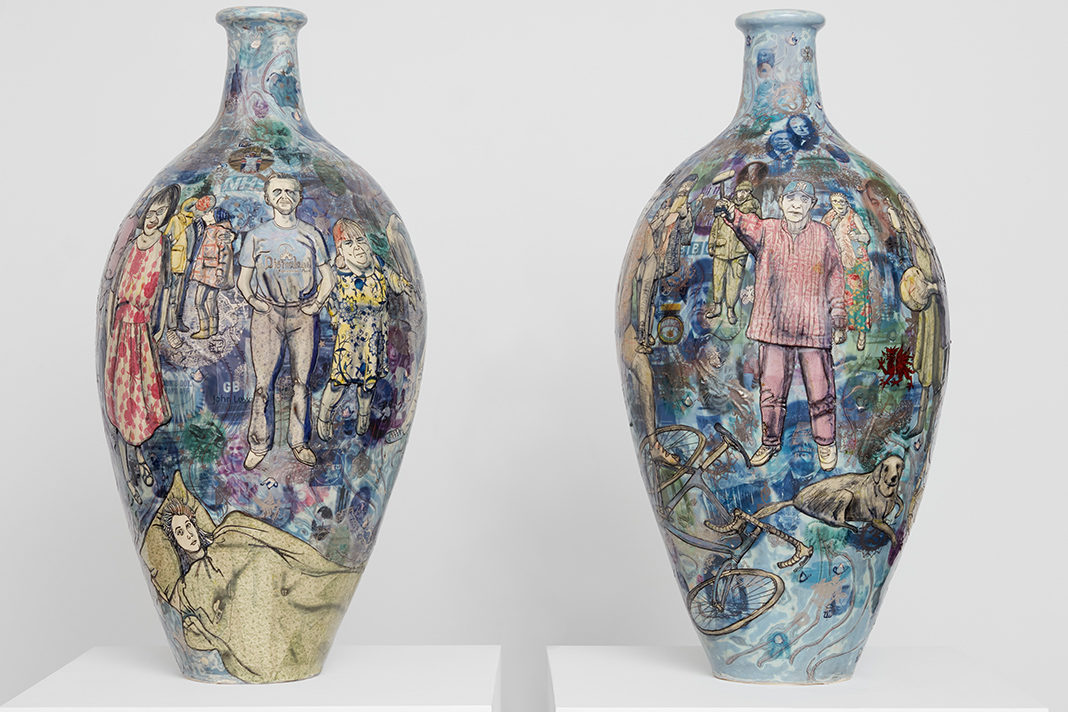 Grayson Perry was once an art world wild child, known to the public as the strange Turner Prize winner who accepted his award in a dress and wig. Perry’s art wore its political statements without a trace of subtlety, and he shocked and intrigued with his transvestitism and outsider status. Fast forward to 2017 and the artist is now an honoured Royal Academician whose work demands steep prices and the attention of important collectors. In other words, he exists within the inner sanctum of the art world establishment.

That’s not to say Perry has stopped poking fun. His new show The Most Popular Art Exhibition Ever! at the Serpentine Gallery contains some of the artist’s most overt commentary yet. He laughs at the hypocrisy of corporate social responsibility, he ridicules the use of social justice issues in branding and advertising, and he teases the big shot collectors who buy his work under the guise of investing in “serious political art”.

Central to the exhibition are the much-hyped “Brexit pots”. Best known for his ceramic vessels, Perry presents two new ones on the theme of Britain’s departure from the EU. One is decorated with the Queen, Big Ben, Ketchup, Winston Churchill, and Nigel Farage. The other with Shakespeare, Gandhi, the NHS logo, Jo Cox, and Barack Obama. Though it’s clear which side of the fence Perry sits on, the two pots look remarkably similar and both feature beloved and iconic British stereotypes. His point? There is – or at least should be – more that unites us than divides.

Elsewhere he is less warm and unifying. The institution of marriage – now safely available to all in England, Scotland, and Wales, and therefore open to derision – is depicted as two despondent wooden figures trapped in a glass box surrounded by dying flowers and skulls. Misogyny, a topic Perry discusses often, is shown as a dead-eyed, aimlessly lolloping horned bear with its genitals out on open display. The creature’s internal organs are named with typically mansplaining adjectives: reasonable, logical, serious, important.

Throughout the exhibition Perry’s biggest question is about popularity, and what makes an artist and his or her work popular. Will talking about Brexit, misogyny and corporate gluttony make his show the most popular art exhibition ever?

Fans of the artist will enjoy this heavy dose of typically Grayson Perry work. There are statues, tapestries, sculptures, prints, and a number of signature ceramics. Perry deftly weaves his way through many of the hot button issues of the day, managing to confront but not alienate and provoke without being combative. Most popular exhibition ever or not, it’s a show that is certainly worth seeing.

The Most Popular Art Exhibition Ever! at the Serpentine Gallery runs until 10 September. Admission is free. serpentinegalleries.org