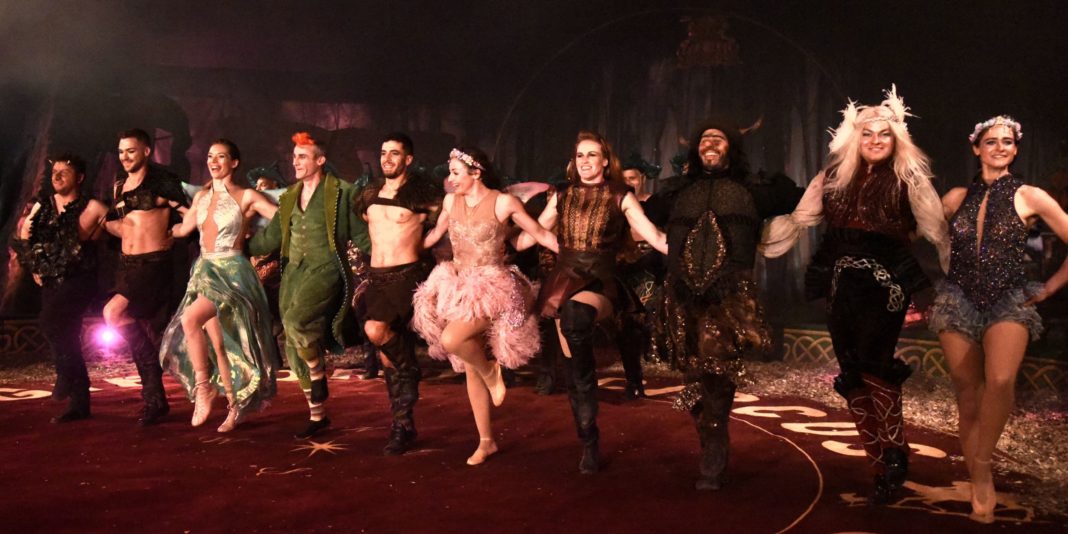 All the world loves a clown, Absolutely meets Tweedy the Clown from Giffords Circus to discuss big top life.

How did you get to be a clown? Did you have any kind of formal training?

I didn’t have any formal training when I decided I wanted to be a clown. It was very difficult to find out where to start, because there wasn’t the internet back then to look things up. So I applied to a few circus schools and got accepted onto a clown course at Fool Time (now Circomedia in Bristol) and I was saving up to pay for it by working as a Red Coat at Butlins, but sadly the school went bust.

So to research and find out more about clowning I sent out a questionnaire to about 50 circuses and I got two back. One from Cirque du Soleil (which I hadn’t heard of at the time) and the other was from Martin Burton at Zippo’s Circus, who said the best way to learn about clowning was from other clowns and in front of a live audience. He offered me a job as a Publicity Clown, which involved handing out leaflets in the streets and doing school and hospital shows.

This was when I was 19 years old. But then in the first week at Zippo’s the clown got stuck in traffic and there was no one else who could do the act, so I volunteered – and I did the show. Martin caught the end of the second half and offered me the job as his understudy. The following year I became part of Zippo & Co, a clown troupe – and the rest is history.

How long have you been with Giffords Circus?

2022 will be my 16th show with Giffords Circus. Nell Gifford and I were friends already, having met when Nell was a groom in another circus, and I asked her for a job.

Great! It worked very well because our approaches were very different. Hers was very serious and artistic, whereas I was quite silly, and we just naturally complemented each other.

You did an incredibly dangerous ladder act last year in The Hooley. How hard is it to balance putting yourself at risk with making people laugh?

I don’t find it that difficult because I’ve been doing it for so long. It’s a technique of building up tension, where the release of the tension gets the laugh as well as the silliness.

You are a bit of an all-rounder – which are your best skills?

I like doing lots of things so I’m good at lots, but I never spend enough time doing just one thing to be really good at it like the other circus acts, so my best skill is being an all-rounder! I’m also quite observant and quick-witted because if anything goes wrong, I have to be straight in there filling in or distracting the audience.

You are a big favourite with audiences, and very interactive. How would you describe your relationship with your audience?

Empathetic! In the circus, you see many people doing amazing feats and acts, so the clown acts as a device that the audience can relate to, bridging the gap between the world of the circus and the real world. I have a go at things and mess it up and the audience can relate as they think that’s what would happen to them if they gave it go. But in the end, I always pull it out of the bag.

‘Running away with the circus’ is such a romantic notion but I imagine it’s really hard work. How would you describe life on the road with Giffords Circus?

Well for a start I had to catch a bus as it was too far to run! So that wasn’t very romantic or glamorous, stuck on a coach for eight hours to London. But I did meet my lovely wife Sharon at the circus and had a wedding in the big top. Life on the road can be very up and down – you work really hard and sometimes in really difficult conditions such as the weather, but you have the most amazing community that you live with and such an amazing camaraderie.

Giffords Circus’ UK tour continues until 2 October, with a London residence at Chiswick House & Gardens from 16 to 27 June.

What’s on in July: All the Best in Art & Culture

What’s on in June: All the Best in Art & Culture

Efe - 7th July 2022
0
When children have emotional outbursts, parents can sometimes find it hard to know the best way to help. What if your child had tools...

iHus is empowering families to begin a new chapter in their...