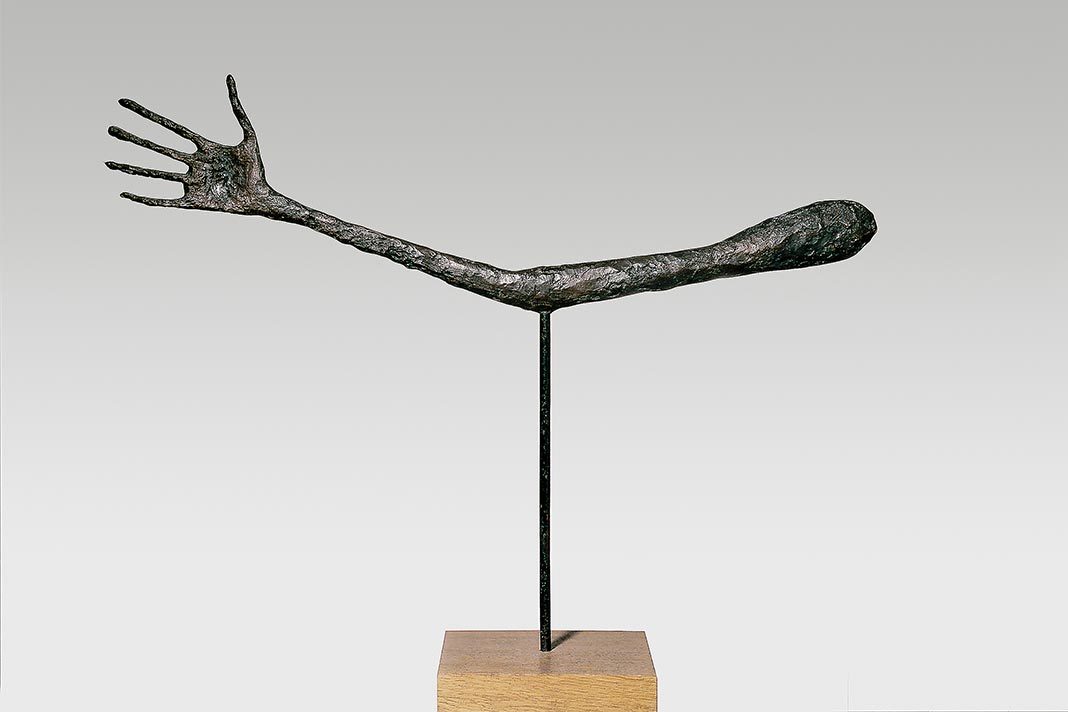 Tate Modern chronicles the work of master sculptor Alberto Giacometti in the first UK retrospective of the artist’s work for two decades.

Alberto Giacometti was one of modern art’s most important players. His iconic human forms, famous for their spindly otherworldly eeriness, helped the redefinition of sculpture and figurative art. His work seemed forlorn, brimming with anxiety and tension, and reflective of the mood in Europe during the decades the artist was most active.

Giacometti was born in the Swiss Alps to an artistic family. His father, Giovanni, was a painter working in the post-impressionist movement. His brothers Diego and Bruno followed the art path too, becoming a sculptor and architect respectively. At 21 Giacometti moved to Paris to study and further develop his talents. The social circles Giacometti soon began to move in influenced his steps into Cubism and Surrealism, eventually becoming one of Surrealism’s most prominent members. At this time the artist’s associates included Picasso, Ernst, and Miro. As time drew on Giacometti became the very embodiment of a brooding Left Bank Parisian artist.

Tate Modern’s retrospective showcases work from the entirety of Giacometti’s career. As well as sculpture we are treated to a series of fantastic portraits, similar to those exhibited at the national gallery a couple of years ago. Tate has managed to gather a significant number of the artist’s most famous sculptures, and it is these that will draw in the large crowds the museum expects. They don’t disappoint. His work is haunting, affecting, and utterly beautiful.

Of note are a series of human busts from his early years. Their impact as a curated display is stunning; shades of alabaster, dark grey, and earthy beige contrast effectively. But most important is their technical skill. Executed with great flair and realism, they demonstrate Giacometti’s dexterity and accuracy as a sculptor. They prove the iconic sculptures for which he is most well-known – tall, elongated, almost sinister – were an exploration of existential meaning, not a result of inability to produce realistic figures.

As a museum of both Modern and Contemporary art, Tate Modern is faced with the challenge of balancing multicultural, relevant, and current artists with greats from the 20th century. The gallery has largely been nailing that balance since its founding in the year 2000. We’ve seen important retrospectives of seminal artists such as Alexander Calder, Georgia O’Keeffe, and Mark Rothko sit comfortably alongside the platform Tate provides for contemporary artists working and innovating today. There are few artists who deserve one of the spots highlighting deceased masters more than Alberto Giacometti. This is summer 2017’s blockbuster art show – an absolute must see.

Giacometti at Tate Modern runs until the 10th September 2017. Tickets from £16.80, admission free for members.