Home Home Property Has Gentrification had its Day? 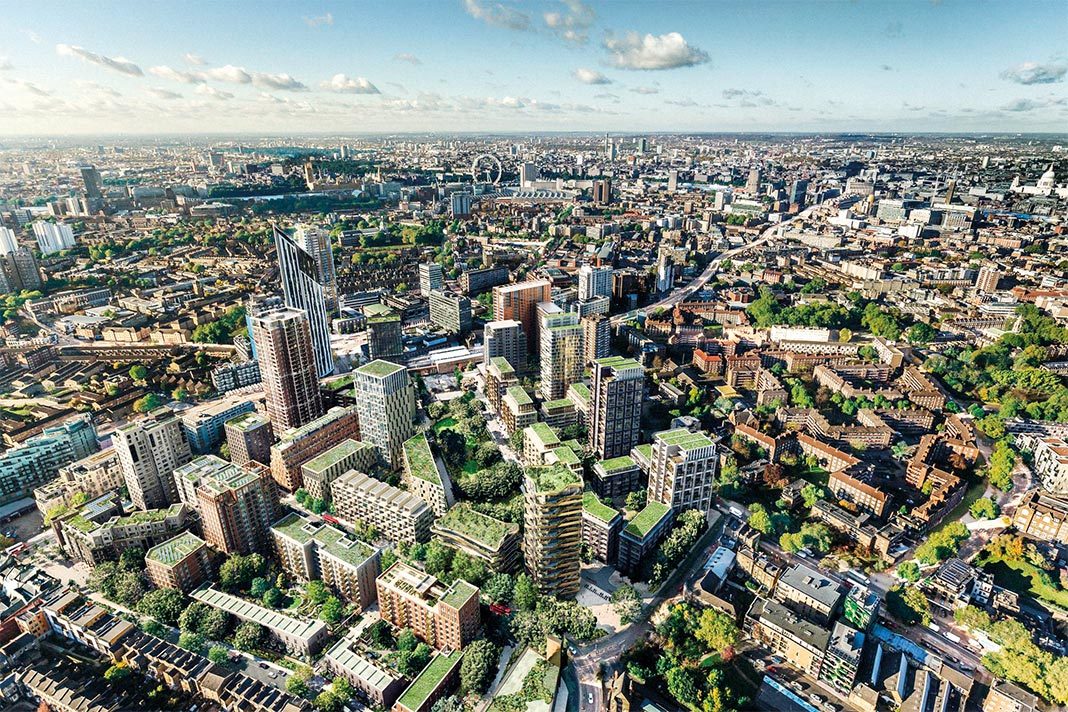 Gentrification has long been a familiar tale in London; we explore the effect it's having on our City

If you’re a Londoner, then you’ll be familiar with the signs of gentrification. Skips breeding like rabbits, old pubs going gastro, branded coffee shops on every corner and estate agents lining the high street. You can see it in so many places. Current hotspots include Balham, Streatham, Kings Cross, Kensal Rise, Canning Town, Hoxton, Stoke Newington, Elephant and Castle, Peckham Rye and central Croydon, according to Richard Rogerson, CEO of property consultant RFR.

It wasn’t always like this. Those who aren’t millennials may remember when gentrification was short-hand for a neighbourhood inching its way out of poverty, and how only a decade ago the wealth differences between areas was less pronounced. But not now. Many young Londoners see gentrification as a consequence of social inequality, and politicians are taking note. This includes mayor Sadiq Khan, who said recently that there were ‘growing concerns’ about the phenomenon.

“Gentrification can be a bit of a dirty word,” says Nic Whitten, head of research at agent JLL. “The dictionary definition is ‘wealthier residents moving into an area, and the changes that occur due to that influx of wealth at the expense or displacement of lower income existing residents’, so you can see why some people aren’t keen on it.” But whether you’re hoping for more artisan bread shops and boutique housing developments, or conversely think gentrification should be banned, it’s worth considering how it works.

What is gentrification?
Firstly, there’s the organic kind. This occurs in areas on the fringes of already wealthy ones as those who can’t afford to live in the prime streets move to adjacent zones, pushing up house

prices and changing the local retail landscape. It’s a process now taking place in Balham and Tooting, just down the road from fashionable Clapham, for example.

The other kind of gentrification is by design, a model that Sadiq Khan is most worried about. It is created by large-scale new homes, often in partnership with the local authority.

“Developers often get a bad reputation when they move into an area, so it’s up to us to reassure local people that we’re not coming in with a bulldozer to destroy their community and that we have a genuine interest in working with them to make places better,” says Rebecca Wakefield of developer Banda Property.

Do house prices rise as gentrification set in? “We recently looked at nine big regeneration including Kings Cross, Elephant & Castle, Canning Town and parts of Ealing all of which have had at least 1,000 homes added by developments,” says Nic Whitten. “Our research shows that this lifted local house prices on average by 40.5% over and above the normal growth you’d expect, which was over a five-year period.”

Do coffee shops create gentrification?
“I don’t think people build coffee shops and then the customers come, it’s the other way around,” says Nic Whitten. “You do get early retail adopters among the big chains who will try and get in early, but really the local high street adapts to the new locals’ increased disposable income.”

Can anything be done to stop it?
One argument put forward by Richard Rogerson of RFR is that local people should benefit from the new opportunities that gentrification brings to an area, rather than feeling they are victims of it, and that problems occur “when the community feels [the area] is changing beyond recognition,” he says.