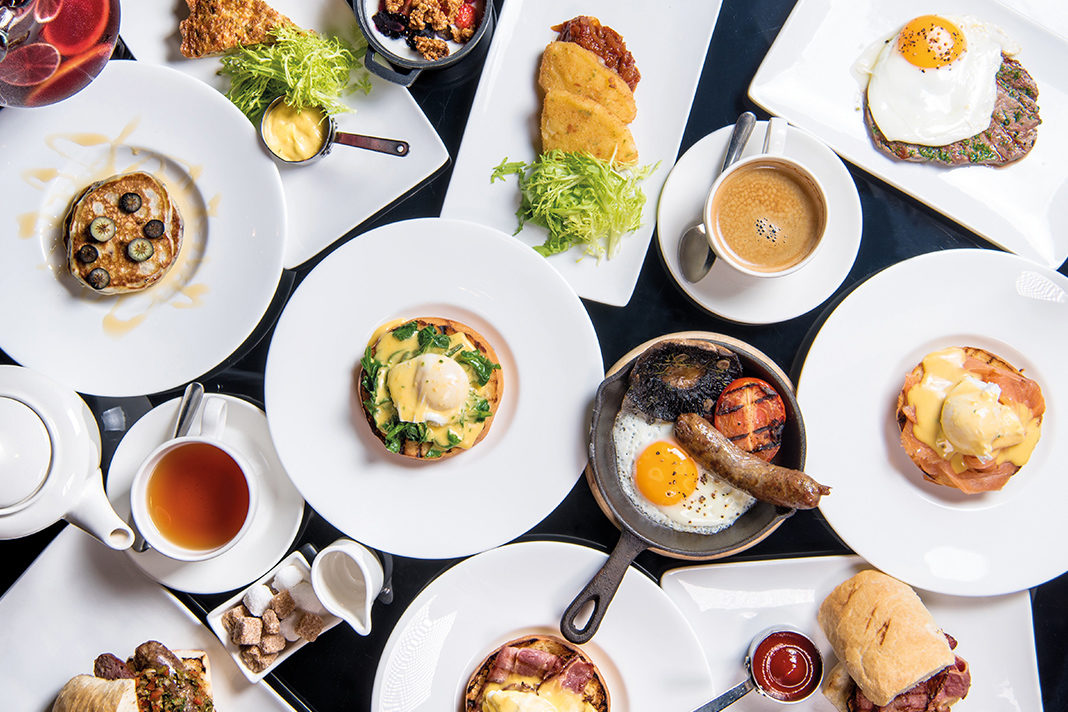 We’ve rounded up the foodie news to know this month. From east to west, south to north London, here are the places to have on your radar

Dorsett Shepherds Bush is spicing up their menu for one special evening. The hotel is presenting a curry night on 21 September that is sure to have your mouth watering. Don’t miss out on the chance to spoil yourself at their exquisite curry buffet.

Four years since first opening, Dip n’ Flip have updated their Battersea restaurant just in time for burger dipping fun. The USP of the eaterie is gourmet burgers and hot meat sandwiches dipped into meat stock (how wet you like it is up to you) served in a simple-yet-stylish dining room. Don’t miss the ‘hard shakes’ and bourbons too.

Uniquely combining a butchers and a restaurant, the new Macellaio in Clapham has an emphasis on Italian wines, hand-picked by founder Roberto Costa, in celebration of the distinctive differences between various regions from his native country. We can’t wait to try their renowned Fassona beef, butchered and dry-aged on-site.

Giggling Squid has already established a loyal foodie following with its signature Thai dishes and now it’s heading to London for the first time, opening a restaurant in Wimbledon Village this autumn. Wimbledon High Street locals can tuck into everything from lunchtime tapas to delicious curries, salads, rice and noodles. There’s even a dedicated “little tapas for little people” menu, guaranteed to ensure smiles all round.

Pizza fans will be in heaven at this Northcote Road opening where they bake five different bases – multigrain, classic Neapolitan, stone-ground type two, gluten-free and a monthly special – and a host of gluten-intolerant and vegan creations. These will come topped with things like Made in Italy’s homemade burrata, Bolognan mortadella, smoked mozzarella and vegan rice cheese.

Be transported to Manhattan’s East Village at this neighbourhood cocktail bar with creative drinks and sociable sharing plates. The warm and inviting space has notes of copper and brass and there are booths to cosy up in with a classic twist cocktail – think salted caramel espresso martinis. When the munchies hit, we recommend the chorizo croquettes with white truffle mayo.

Based right on the banks of the River Thames, the latest Ivy opening has views of Tower Bridge and the Tower of London, plus interiors designed by Martin Brudnizki Design Studio. The all-encompassing menu makes it perfect for casual lunches, coffees or dinner. We recommend the classic Ivy shepherd’s pie, eggs Benedict, brioche crumbled chicken Milanese. Be sure to also order the sumptuous strawberry ice cream sundae with vanilla ice cream, meringue and shortbread.

Neil Rankin has opened up his second temper, this time in the bustling food area of Angel Court in the City. The menus focuses on gin, New World wines and curry cooked over an open fire pit – all of our favourite things then. We can’t wait to try the mutton rolls and Korean Haggis to start, followed by curries like the Lamb scotch bonnet vindaloo. Book and table and see if you can handle the heat…

A new addition to Broadway Market, Tuyo is part of family-owned Gallipoli restaurant group with Chef Ricardo Pimental (formerly Salt Yard) at the helm. He’s created a menu of Mediterranean and Levantine “pinchos” or small bites to share followed by main dishes and desserts. All served in a bright airy space towards the end of Broadway Market overlooking the canal.

Ideal for busy, health-aware Londoners, the first Sano shop has breakfast, lunches and take-home dishes that are nutritionally balanced. Already a hit at the likes of Balance Festival, the recipes – devised by ‘The Medicinal Chef’ Dale Pinnock and based on nutritional science – are perfect fuel for a full-on day.

The trend for poke continues at this Broadgate Circle eatery, where a mix of raw cubes of fresh fish with a soy-based dressing are served in a bowl with steamed rice and tasty garnishes. Healthy and delicious, you can tuck into yours on one of the swinging seats overlooking the area and sample a range of Hawaiian beers.

With two copper beer tanks taking centre stage to dispense Truman’s first tank-ready beer, quality British fare including foot-long pizza, bottomless weekend brunches and Sunday roasts, all in an unbeatable location off the corner of Richmond Road, The Royal Oak is quickly becoming a local favourite. Next time you’re looking for a pit-stop after a stroll through leafy Richmond Park, this should be your new watering hole.

Make the most of riverside views over breakfast at Gaucho Richmond. On a plush terrace overlooking the Thames, the new menu has morning treats with an Argentine twist. Serving everything from dulce de leche peanut butter topped with flaked almonds to an eggs Benedict which ousts the traditional ham in favour of salt beef and horseradish. Enjoy yours with a classic Bloody Mary.

This super cool, secret prohibition style bar has just opened in Chiswick and is perfect for adding some drama to your drinks. Disguised as an old London pharmacy, the bar will have a secret entrance, secret passwords (for those in the know) and a vintage interior style. Plus there’s an extensive cocktail list and small plates of 1920’s American classics.

This relaxed family-run restaurant is a local favourite and it’s not hard to see why. Opened in 1976 by restaurateur Leo Giannini, copious celebrities have dined there – take a look on the walls of the restaurant for their autographed photos – and the fresh and delicious range of pasta, meat and fish dishes keep diners young and old very happy. 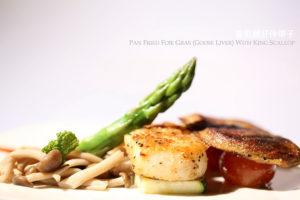 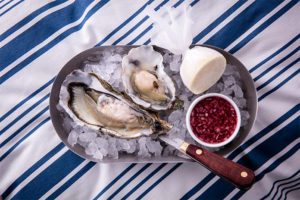 Make the most of the last rays of summer at The Beach Hut at Kensington Place. Created with Nyetimber, the pop-up (running until the end of September) brings a summery, beach-themed new look to Kensington Place, as well as special fish and seafood menus from the restaurant’s new Head Chef, Arnold Ivey. Sample the likes of salmon croquettes, lobster rolls, fish & chips and, of course, plenty of Nyetimber English sparkling wine. 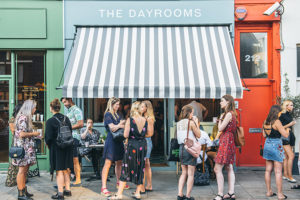 After a massive refurb, Grade II listed Notting Hill pub The Elgin has reopened with a dining room and dedicated gin bar that ooze old school elegance. Take a seat by the impressive mahogany bar and samples the likes of Camden Hells battered cod with hand-cut chips and mushy peas or cider glazed pork ribeye with sautéed potatoes and a tangy apple slaw, best washed down with a G&T from local-distillery Little Bird.

For breakfast dishes with a difference head to Tom’s Kitchen in Chelsea where new additions such as baked Turkish eggs with sumac yoghurt; sweetcorn fritters topped with grilled avocado and a side of chilli scrambled egg; and Tom’s trio of breakfast bruschettas will satiate your appetite.

This September, Executive Chef of Hakkasan Chef Tong Chee Hwee and Chef David Muñoz, owner and Executive Chef of StreetXO in Mayfair, will come together in a unique and innovative collaboration to celebrate the Chinese festival of Golden Week at Hakkasan. The limited edition menu will feature brand new dishes, bringing together their collective and diverse influences to create a one-off dining experience at Hakkasan.

Efe - 13th April 2021
0
Our skin experts at Skinfluencer breaks down the importance of a well-chosen moisturiser  Cleanse, tone, and moisturize is the most basic skincare mantra and while...

Efe - 13th April 2021
0
Do you want to achieve full lips naturally? Our skincare experts at Skinfluencer explain how  In the past decade beauty ideals have evolved- for instance...
© 2018 Zest Media Publications Limited