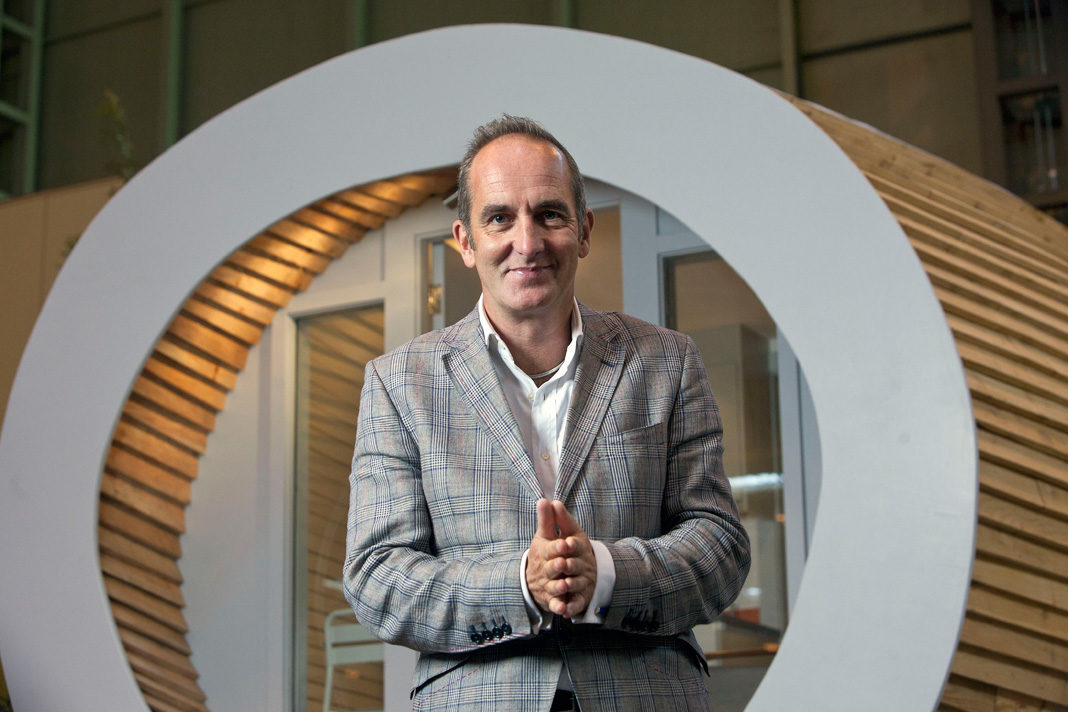 London is awash with homes featuring famous former owners. These are the most recent to come on the market

As the pictures shows, some people might use a stair-lift to get from one floor to the other, but Kew House has a fun slide to get its owners downstairs double-quick.

The modern family home – one of the finalists in Grand Designs: House of the Year in 2015 – has a huge basement which includes a children’s play area with Astroturf flooring that you can get down to on stairs or a wooden slide.

The site was originally a bunch of derelict garages before it was bought by award-winning structural engineer Tim Lucas six years ago for £400,000.

The site’s transformation into a dream home now on the market for £3.8 million was featured on Channel 4’s Grand Designs TV show in November 2015, and was also shortlisted for a Royal Institute of British Architects’ award, handed out each year to the best new house designed by an architect in the UK.

It didn’t win, but Kevin McCloud loved the property, saying: “The rooms in this house ping off in different directions yet the space feels generous, inventive, open and light, and well-connected to other spaces.”

Set partly behind the façade of a Victorian stable, it has two gabled wings around a central courtyard, connected by a glazed circulation block. The property is covered with pre-fabricated weathered steel, studded with holes to mimic the effect of dappled light through the branches of trees.

Home to a supermodel scout

Have you ever wondered how young women are picked out of the crowd to become the next Kate Moss or Naomi Campbell?

Although it sounds improbable in today’s social media world, the work of traditional talent scouts continues apace. And until recently one of the most famous was Fiona Ellis.

She also carved out a lucrative career on TV including several ‘catwalk’ series for CNN and also employed innovative ways to find the next generation of catwalk models. This included a deal with Topshop to use their stores to scout for talent.

Now concentrating on her interiors and clothing design work, Fiona was until recently famous as the person who discovered supermodel Erin O’Connor, although Ellis has also worked with Claudia Schiffer, Helena Christensen and Elizabeth Hurley.

But it’s clearly time to move on. Ellis’s home in Ascot, Berkshire is now up for sale. The property, which she moved into six years ago, has been remodelled in her somewhat unusual style and includes a leopard-print clad toilet and ceilings covered crocodile embossed wallpaper.

It’s a two-bedroom flat on Spring Grove in Ascot and is being sold for £1.1 million.

Alfred Hitchcock has been dead for nearly 40 years but his reputation as one of the world’s greatest film directors survives very much intact.

But the cigar-chomping mogul was not always grateful for his early years spent working in London, where he established himself before moving to Hollywood in 1939.

The Dial M for Murder director once said that in London “the sky was always grey, the rain was grey, the mud was grey and I was grey”.

Hitchcock had a lot to thank the capital for; he directed over 20 films here during the first few decades of his career, using familiar backdrops such as Trafalgar Square, Piccadilly Circus and the Royal Albert Hall.

But who could blame him for preferring the Californian sun? For the next forty years he worked with some of Hollywood’s biggest stars including Janet Leigh, who starred in his greatest success, the 1960 thriller Psycho.

While living in Los Angeles Hitchcock developed a taste for grand residences and eventually bought a seven-bedroom colonial-style mansion in Bel Air. But when living in London his home was much more modest. From 1926 until 1939 he lived in a shabby maisonette flat at 153 Cromwell Road in Kensington complete with threadbare carpets and wonky furniture.

The property is still made up of flats including a two-bedroom top floor one, which is now for sale with Foxtons () for £750,000.

Home of a little Wisdom

Even as his life entered its twilight years, comedian and film star Norman Wisdom kept the jokes coming, quipping that “as you get older three things happen – the first is your memory goes, and I can’t remember the other two”.

In 1915 Wisdom was born in London into a poor family and at the age of 25 ran away to join the army where he learned to play several musical instruments and became the flyweight boxing champion of the British Army in India.

After surviving the war Wisdom’s talents for comic entertainment were spotted and by 31 he was a professional entertainer and soon after, a film star and comedian.

His most famous character was Norman Pitkin, a clueless and incompetent junior employee to boss ‘Mr Grimsdale’ in a variety of different settings, which won Wisdom fans all over the world including, most improbably, Albania.

His childhood home is now for sale. It’s at 91 Fernhead Road in London’s Maida Vale where the Wisdom family lived during the 1920s and where Norman and his brother Fred, and their parents, lived in a single room. The one-bedroom apartment is now on the market for £449,000.