Home Going Out Art & Theatre Celebrity Homes On The Market 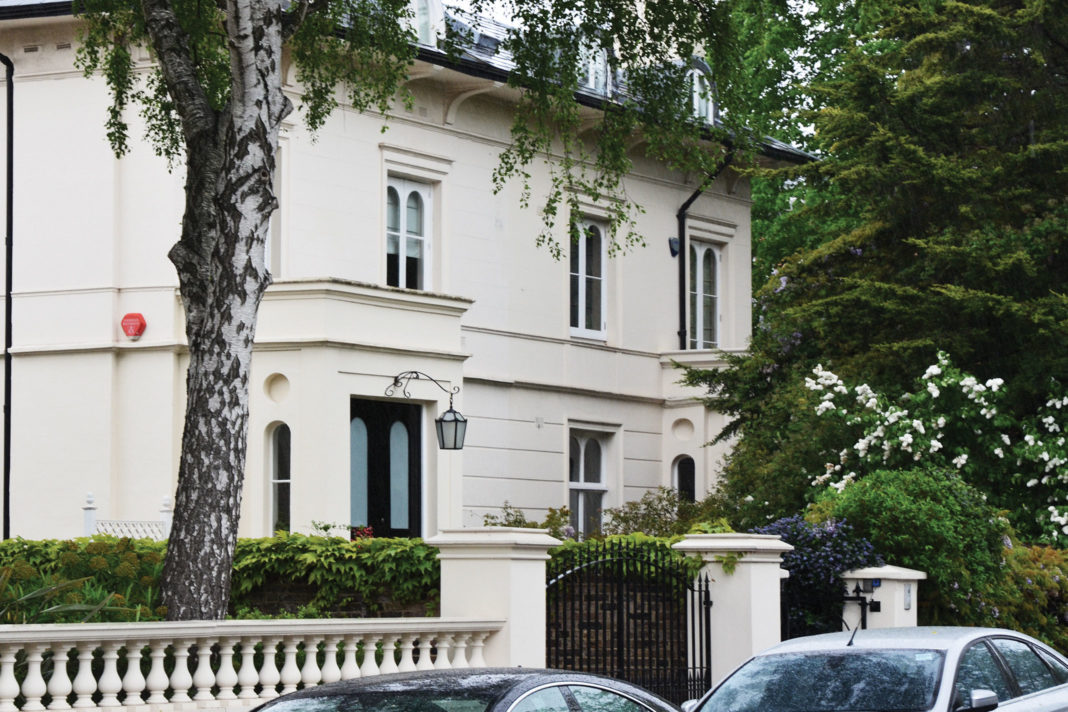 London hides a plethora of celebrity homes. These are the most recent to come on the market

As the leather cat-suit-clad Emma Peel in The Avengers and the only Bond girl to marry the commitment-phobic spy, Dame Diana Rigg was voted the sexiest television star in 2002. These day’s she’s known for her role as Lady Olenna Tyrell in Game of Thrones. Diana has made some good career choices, and is evidently canny when it comes to property too; she’s just sold her four bedroom terraced house off the Fulham Road and made £2m on the deal; she bought it for £1.2m in 2003, renovated it and recently made £3.2m to spend on a move to smaller, top-floor mansion flat nearby. But she may be horrified to discover that, only weeks after she moved out, the builders have moved in and are tearing the place apart.

Noel Gallagher recently dodged the chance to make up with his brother Liam by refusing to get together in Cannes to discuss new Oasis documentary, Supersonic, made by Asif Kapadia, who was behind the award-winning film about Amy Winehouse. The documentary will follow Oasis from their early days through to the release of iconic album Definitely, Maybe, and its film-makers recently called on fellow Mancunians to dig out any home movies of the boys in a school nativity play, which mum Peggy Gallagher fondly recalls.

Since leaving the band in 2009, Noel has forged a successful path as a solo artist with new band High Flying Birds. The rocker, 48, ditched the drugs and wild parties to settle down with second wife Sara MacDonald, buying this end-of- terrace house in London’s Little Venice in 2010. On the banks of Regent’s Canal, he lives there with two sons, but is looking for £11.5m for it. The six bedroom home has a large kitchen and a separate dining room which leads directly out onto a private patio and garden. There’s also a separate mews house with a gym.

Where Harry Potter grew up

JK Rowling asked her Twitter followers to keep the plot of her new play Harry Potter and the Cursed Child to themselves and allow future audiences to enjoy the plotline. The eighth Harry Potter story picks up 19 years after Lord Voldemort was vanquished. Former boy wizard Daniel Radcliffe isn’t in the new production – he’s been busy making movies. Big film roles have helped him grow a £60m fortune and a hefty property portfolio; he’s known to have at least three Big Apple apartments. Radcliffe grew up at this four bedroom house in Sherbrooke Road, and was reportedly in the bath when he found out he’d won the role of Harry. Despite having a cupboard under the stairs, with a price tag of £1.45m, this property is worlds away from the young wizard’s modest upbringing at 4 Privet Drive.

When singer Gracie Fields turned up at the opening of this theatre in 1937 to cut the ribbon, she attracted a crowd of 10,000 fans. Gracie Fields was a top box-office draw and the highest paid actress in Britain. According to the Kentish Mercury, Fields – who went onto become a popular forces entertainer – described the new Greenwich Granada Theatre as “proper posh” and then said in a rich Lancashire accent: “Well, I don’t suppose you want to hear me talking, you want to hear me sing. Shove a piano on the stage, lads!” Actress Joan Collins loved the Saturday morning pictures and, living nearby at the time, she recalled the opening night in 1937: “The whole Granada building was dark and I was sitting on my father’s shoulder… all of a sudden, all of the outside lights went on. Everybody cheered and screamed and clapped… and then Gracie Fields came and sang some of her popular songs. It was very special.” But it’s magic didn’t endure. The theatre closed during the late 1960s and was redeveloped into flats about a decade ago. This three bedroom, first floor apartment is on the market for £1.55m.

The most famous restaurant with connections to the Rolling Stones is former bassist Bill Wyman’s Sticky Fingers in Kensington. But The Gas Works off the Kings Road is also a Stones favourite – famed for its starry client list but terrible food. During the 1970s and 80s the restaurant attracted everyone from gangsters to royalty and it was claimed that Princess Margaret used to have secret liaisons there with notorious Fulham gangster John Bindon. But The Gasworks has now gone and in its place are two newly-renovated flats. The first has two bedrooms and two bathrooms and is on the market for £1.35m, while the second also has two bedrooms with one bathroom and a west facing roof terrace, priced at £1.25m.

WIN: The Ultimate Night Out at Circus Bar and Restaurant in Covent Garden

An awning in XXL format

Layla Turner - 15th June 2021
0
An evening out at Robata... By Layla Turner Nobody ever needs an excuse to head to Soho. The abundance of bars, shops and restaurants make it...

Peeling away skin imperfections with Skinfluencer

Review: Curious kitchen at The Mitre

Protected: Don’t make me blush: The Dos and Don’ts of Rosacea