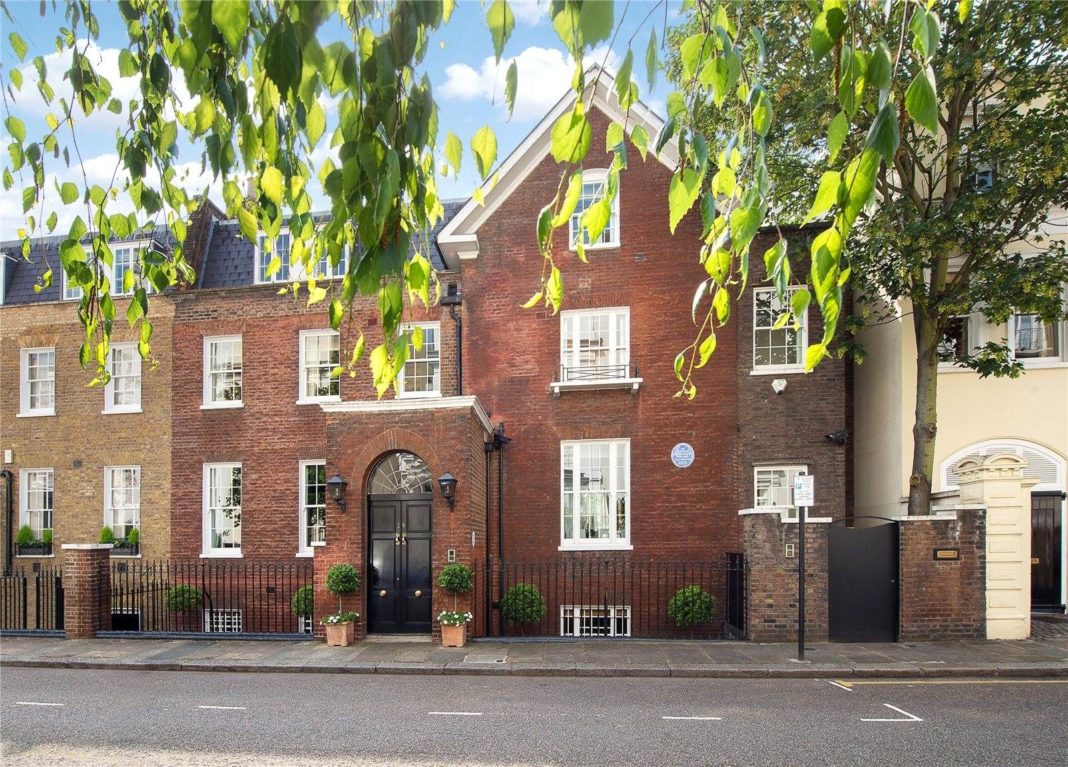 Dozens of famous homes for sale are out there if you know where to look. Here are some of the most recent to come on the market

Before his suicide in 2010 such starry connections and his prestigious talents earned him substantial wealth and in 2009 he bought a large part of a townhouse in Dunraven Road, Mayfair for £2.52 million which, at the time of his death, he was doing up while he lived around the corner in a rented flat.

Six years on and the top storeys have finally been finished. The three-bedroom duplex flat by interior designer Paul Davies is on the market for £8.5 million.

The property comes with portraits of both McQueen and his friend Isabella Blow as well as fashion shots of McQueen’s clothing plus there are references to his favourite skull motif all over the duplex including within several wall mounted mirrors.

Where Churchill went after the war

When Winston Churchill was ejected from power following the 1945 General Election he and his wife Clementine needed a home after five years spent at No.10 while he was wartime Prime Minister.

The bought this home on Hyde Park Gate in London which, except for his four-year return to power in 1950, they called home until his death in 1965.

The road was and remains a fashionable place to live and is a short walk from both the Royal Albert Hall and Hyde Park.
And the Churchills are not the only famous residents to have enjoyed its brownstone mansion blocks and Victorian villas.

The founder of the Scouts, Lord Baden Powell lived on the street as did writer Virginia Woolf and more recently broadcaster Nigella Lawson.

The Churchills former home at No.28 is on the market for £23 million and comes with seven bedrooms, a 55ft back garden, four reception rooms, a wine cellar and three bathrooms.

Don’t live so close to me

Most people in relationships can recollect where they first met their partner and for Sting and his wife Trudie Styler, it was a stucco-fronted square in Bayswater.

The pair lived there during the late 1970s in separate apartments on Leinster Square but it wasn’t until a hot summer’s day in 1977 that Trudi spotted him walking down the street.

Sting was then already married with a small boy, had green hair and The Police had only just formed – but just four later they were an item.

Leinster Square is a shadow of its former self. Once a hangout for struggling musicians and actors, nowadays only City professionals can afford it.

The development will include 15 lateral and triplex apartments with either three or four bedrooms and they are now available to buy off-plan. Prices start at £5.995m.

Leinster Square, like many private squares of its kind in the capital, also has a residents-only garden at its centre. This is currently also being renovated by Alchemi Group.

Sold: Make mine a pint of film fame, landlord

As locations go this former pub in Notting Hill has proved unusually popular with movie and TV drama producers.

It was converted into flats and offices during the late 1980s but during its beer serving days the boozer feature in 1951 film The Lavender Mob starring Alec Guiness, 1970s TV series The Sweeney, the 1977 film The Squeeze starring Stacy Keach and the 1986 Sex Pistols movie Sid and Nancy.

But the pub is best known for its appearance in the defining movie of the 1970s, Quadrophenia starring Leslie Ash, Sting, Raymond Winstone, Toya Wilcox, Michael Elphick and Timothy Spall.
In a famous scene, mod Spider played by Gary Shail is attacked by rockers when his scooter breaks down outside the pub.

The area is a bit more genteel now. A four-bedroom, three-bathroom apartment within the building originally offered at £1.4 million has recently been sold by agent Dexters. It featured a huge reception room, dining room, open plan kitchen and a roof terrace.

Chris Evan’s short tenure at Top Gear this year ended despite his efforts to give it his ‘best shot’ although the ever-ebullient Evans is unlikely to crying into his beer.

He’s got famous friends to commiserate with including Gary Barlow, Tom Jones and Paloma Faith, all of whom drink with the Radio 2 DJ at his local pub in Surrey, The Mulberry.

He owns it jointly with manager Camilla Hensen after the pair bought it in the village of Chiddingfold ten years ago.

But Evans has clearly tired of being a landlord. The freehold is now for sale for £1.15 million through agent Fleurets.com and comes with a restaurant, lounge bar, large patio, verandas on three sides, three en-suite B&B rooms and a four-bedroom home for the landlord or lady to live in.

At the height of his fame Evans used the millions he pocketed from the sale of Virgin Radio to buy up several pubs, including The Mulberry.

Then in 2007 he bought the Lickhold Inn near Midhurst in West Sussex for £1 million and, in the same year, the Newbridge Inn at Tredunnock, near Usk in Wales, for £900,000.