Home Travel Europe We Explore the World of Gstaad with a Stay in Le Grand... 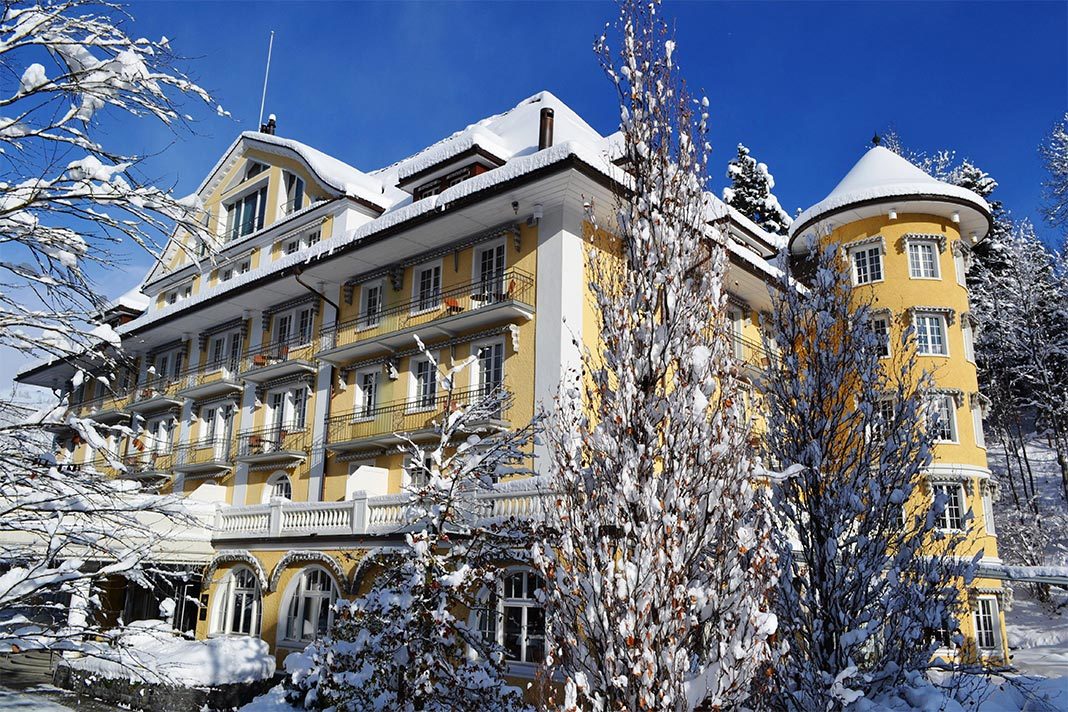 A playground for the rich and famous is found in the Swiss Alps, we explore it in Le Grand Bellevue

Could anything be more romantic than snow topped mountains, wooden chalets and roaring open fires? To me, there’s not. Come winter, while some may crave sunshine, I want to see snow, and lots of it. Skiing however, is not really my thing and that’s why Gstaad is so perfect. You see, this is the ski village where there is no pressure to ski at all.

People-watching and shopping are full-time activities here. While my friends hit the slopes I can wrap myself up in layers of fur, drink Gluhwein and eat fondue until I’m sick. Thankfully this set-up works for everyone. The pistes are left delightfully quiet for my friends. Admittedly, the journey from London to Gstaad sounds like a faff. It requires at least one plane and one train – but when done with the self-proclaimed “skier’s airline.”

SWISS is relatively painless with enough baggage allowance for your skiing paraphernalia. Meanwhile, the ornate Goldenpass train winds its way around the mountains for two hours so the journey is more than enjoyable. Before long you’re the village known to be playground for the super-rich and famous. For those with refined but extravagant tastes. For the likes of Elizabeth Taylor, Grace Kelly and Valentino.

As one of only four five-star century-old hotels, Le Grand Bellevue is the place to stay if you want to experience the luxurious side of Switzerland. Set in private parkland at the start of Promenade Gstaad, the mansion first opened its doors in 1912. It has recently undergone a full renovation. Now it boasts a Michelin-starred restaurant, private cinema, nightclub and the village’s largest spa. The latter is an incredible 3,000sqm with seven hot and cold rooms. They include a herb infused steam bath, Himalayan salt room and outdoor Finnish sauna.

Behind the renovation of this epic hotel are Daniel and Davia Koetser, who met and later honeymooned here. Long-term Gstaad resident, Daniel has managed to create low-key but very high-end hotel. It features eccentric prints from East London’s House of Hackney and human-sized birdcages swinging from the ceilings. A giant plaid camel stands proudly in the lobby.

The eclectic range of restaurants at the hotel sums up the vibe completely. Not only will you find exquisite, world-class fare at the Michelin starred Leonard’s but also a trendy sushi bar. There’s also a traditional Swiss fondue chalet. The latter is housed inside a charming, tree-flanked cottage on the hotel’s grounds.

For those who want to head out, there are 220km of runs to explore. With only 30% of the resort’s visitors actually skiing – you are pretty much guaranteed fresh snow. As the only glacier ski region in the Bernese Oberland, Gstaad’s season is particularly long. Snow can be found right through to the start of May.

So if you’re thinking ahead to next ski season, a holiday in Gstaad is outrageous. It’s fun, extravagant and bold but it’s also a place filled with Swiss culture and tradition. Le Grand Bellevue embodies all this and more. It’s both exciting and relaxing. It’s a place that will leave you feeling fully revived. You really should stay here.

Le Grand Bellevue offers winter rates from 620 CHF per room based on double occupancy on a half-board basis; bellevue-gstaad.com Fares on the GoldenPass train from Geneva to Gstaad start from CHF 50 per person each way. Swiss International Air Lines (SWISS) offers all-inclusive fares from London to Geneva from £54 one-way, including checked baggage, meals & drinks and free ski and snowboard carriage.