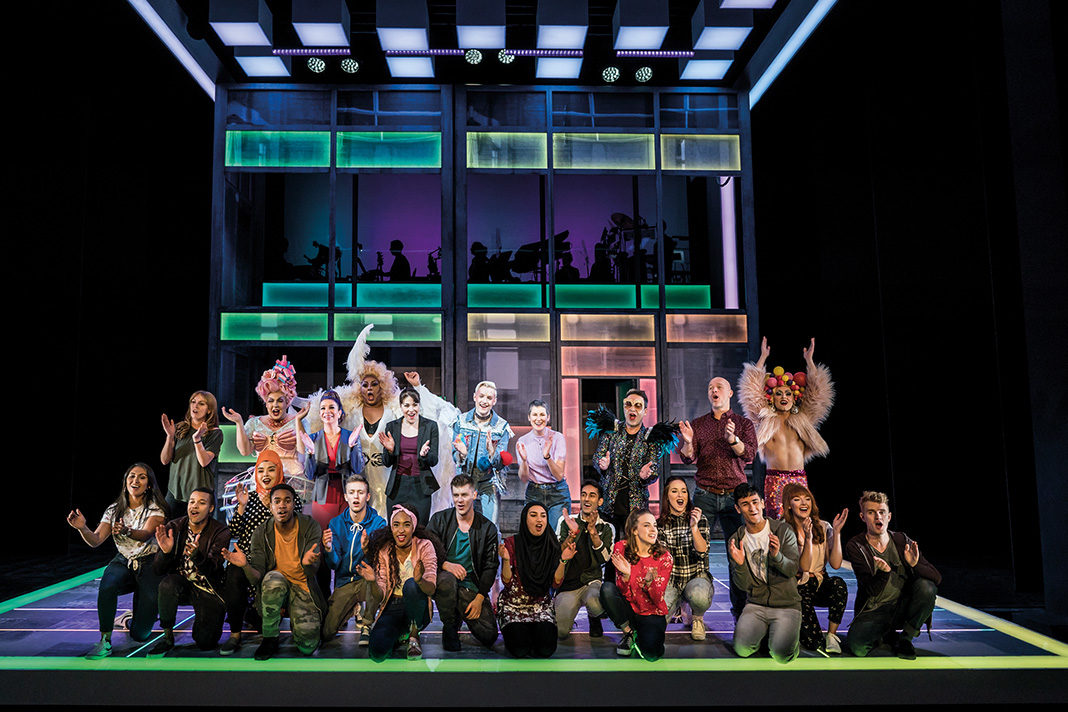 Everybody’s Talking About Jamie is the new hit musical making waves on the West End. Absolutely reviews it…

Sheffield, exam time, 2018. The West End’s hit new musical, Everybody’s Talking About Jamie, tells the story of the life of a teenage boy as he navigates the trials and tribulations of what it means to become a man when sometimes, and only sometimes, he would rather be a woman.

Following a short yet impressively successful run at the Crucible Theatre in Sheffield, the musical made the move to the Apollo Theatre in London bringing with it all the glitz, glam, and loveable sass that’s had seats selling out nightly. 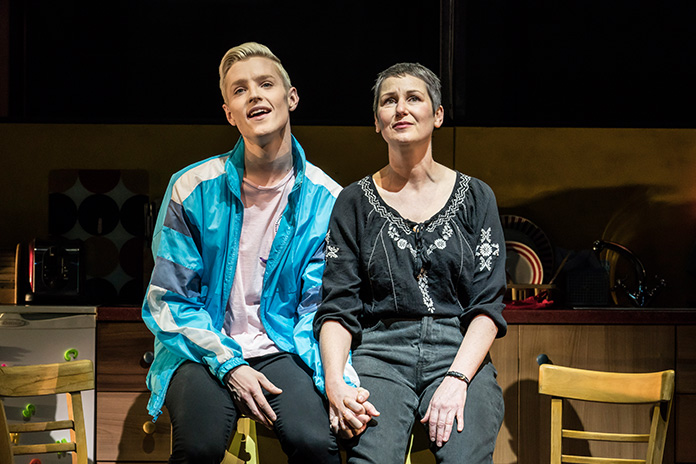 Based on a true story, Everybody’s Talking About Jamie follows sixteen-year-old Jamie New who is in the midst of discovering who he is and where he belongs in a world where his dreams of being a drag queen seem a little too far out of reach – even in six-inch stiletto heels.

The award-winning musical is a culmination of a real-life story as told by the wildly popular BBC Three documentary Jamie: Drag Queen at 16 where Jamie Campbell is banned from his school’s prom for wanting to go in a dress. The documentary followed Jamie’s process of preparing his drag persona, Fifi La True, from learning how to apply makeup properly to finding a prom dress and wig.

The cast is as refreshing as the tale, featuring a number of brilliant break-out stars – including the leading man himself. John McCrea is nothing short of a revelation as the titular role of Jamie, bringing crowd after crowd to their feet in well-deserved standing ovations every night. Although he is no stranger to the West End, McCrea will be originating the fabulous role of Jamie New, a remarkable accomplishment for any young actor. 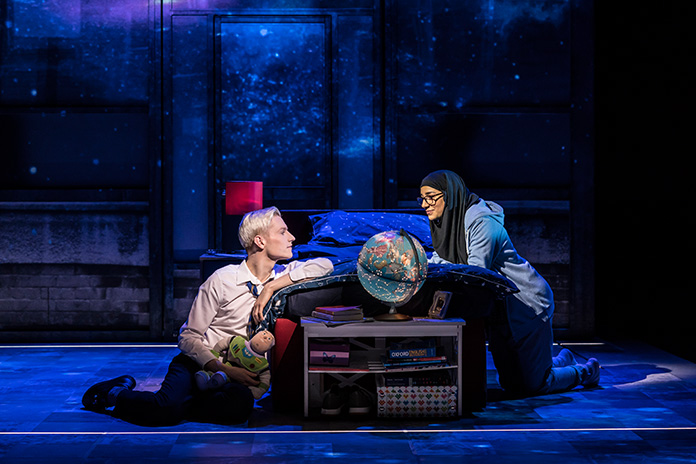 Joining him on stage and shining just as bright is an endlessly talented company of actors. Rebecca McKinnis may be a recent addition to the cast but has definitely proven herself to be an absolute powerhouse and a force to be reckoned with as Jamie’s mother Margaret New, and making her West End Debut is Lucie Shorthouse, who’s performance as Jamie’s sweet yet sharp-as-a-whip best friend Pritti Pasha is an evening favourite.

With the help of cutting-edge choreography, wardrobe and soundtrack Everybody’s Talking About Jamie is a little bit of glitter in a seemingly grey world. It’s more than a story about sequins and glitter and drag queens, it’s the universal story of life, love and stepping out of the darkness and into the spotlight.