Home What's On Ed Ruscha: Extremes and In-Betweens at the Gagosian Gallery 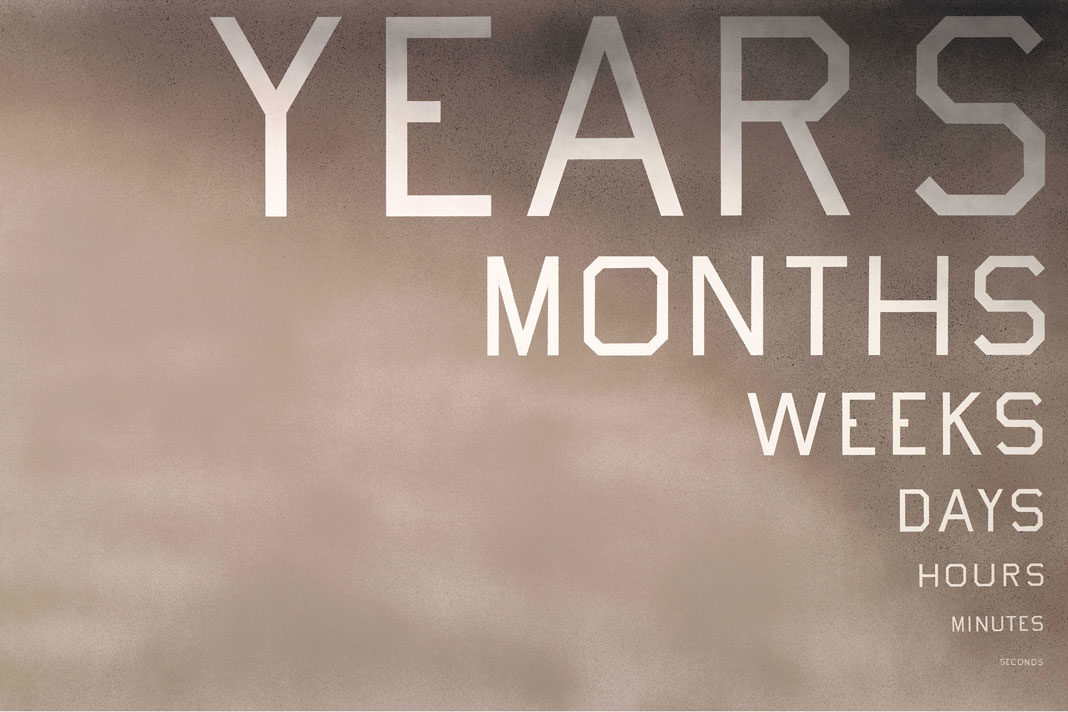 Barack Obama has been known to give his work as diplomatic gifts, and Time Magazine named him one of the 100 most influential people in the world. Ed Ruscha, despite having been an artist for the past six decades, remains a king of American art

An early member of the Pop Art movement, by the 1960s Ruscha had made a name for himself creating striking paintings that blended word and image. He is clearly informed by popular culture; Los Angeles often shows up in his work, and his very name is synonymous with the city’s art. More than anything though, Ruscha’s art makes you think. In his new exhibition Extremes and In-Betweens the artist plays with scale in an effort to challenge us to think about words, their meanings, and how we fit into it all. 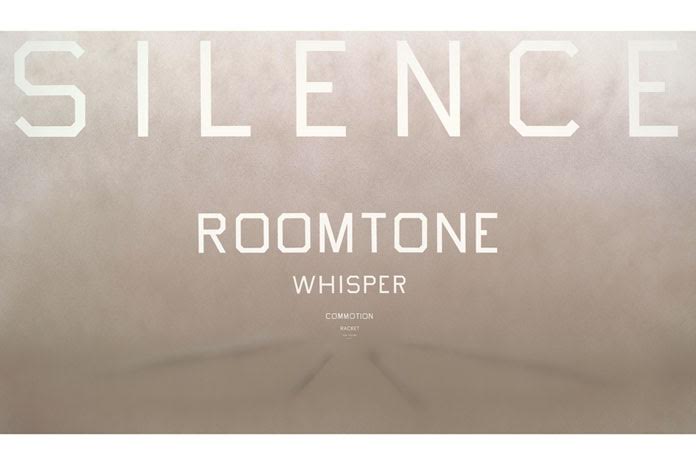 Shown in the sleek confines of the Gagosian Gallery, the first thing you’ll probably notice about this new body of work is how aesthetically balanced it is. Enormous canvases with faded backgrounds of grey and earthy taupe host stencilled words that descend in both meaning and size. Photos don’t do the compositions justice. They are restrained, yet strong; stunning to stand in front of.

In “Silence with Wrinkles” the word ‘silence’ is emblazoned in capital letters across the top of the canvas, diminishing to ‘roomtone’ then ‘whisper’ followed by ‘commotion’ and so on until barely visible. In “Sun, Atom,” the word ‘sun’ ends up as ‘atom’ by way of earth, Texas, and even horses. The paintings resemble optical test cards, first showing us that which is obvious and ending with what we rarely see or think of. At times, the artist’s choice of words is deliberately funny, and there are laughs to be had at this exhibition. But most cleverly and with little effort, the paintings invite consideration of our place amidst all that language defines. 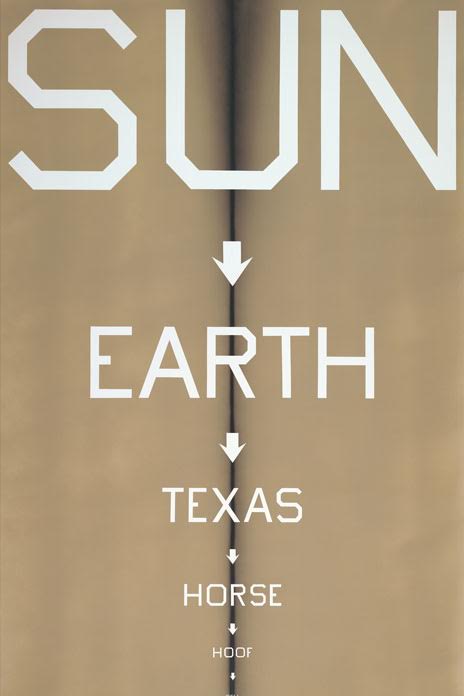 The Verdict
The execution of ideas here is not especially complex, and that is where the beauty of Extremes and In-Betweens lies. With subtlety and humour Ruscha makes big points in paintings that are attractive, direct, and concise.