Home What's On Dominic West: The Wire to Finding Dory 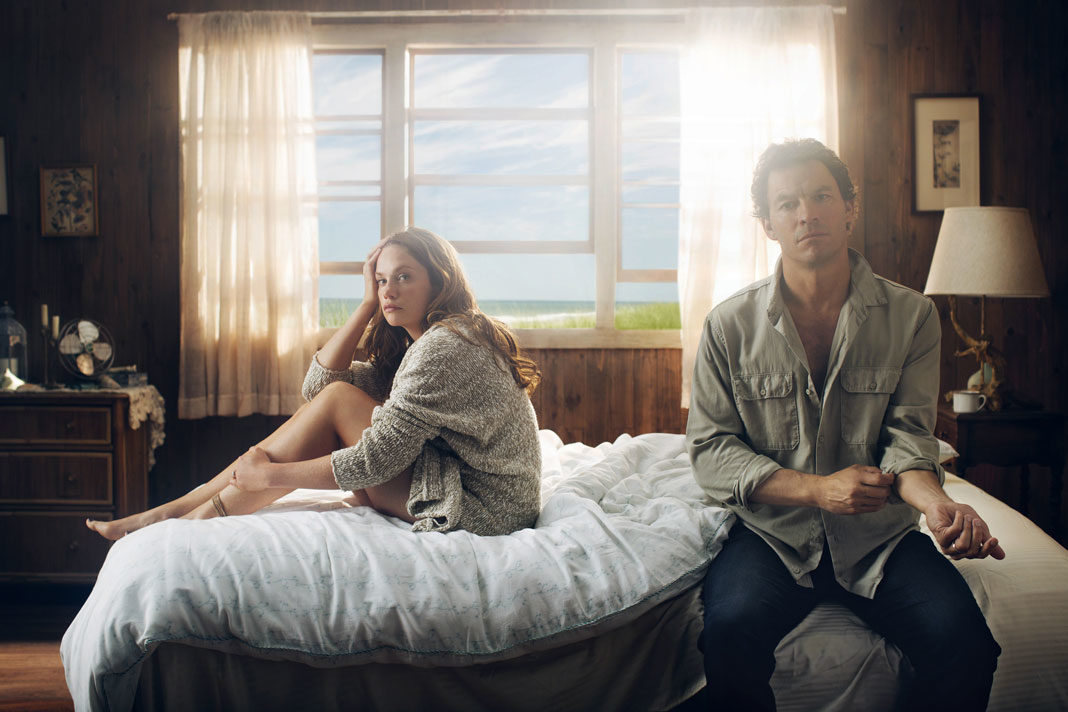 Dominic West on his joy at being a father, his heartache at Brexit and why his latest film, Finding Dory, will make your day

It would appear that Dominic West has mellowed somewhat since his days playing blue-collar Baltimore cop Jimmy McNulty in hit HBO drama The Wire. Having garnered quite the reputation as a ladies’ man, the ruggedly handsome actor has shed his lothario image and is now very much settled down with his wife, landscape gardener Catherine Fitzgerald and their three children, Dora, 10, Senan, 8, and Francis, 7. The family lives in a three-storey 19th century house in Shepherds Bush, which the couple converted from flats back into a singular family home and filled with art and ornaments, books and trinkets from their travels and bright textiles, creating an air of sophisticated bohemia.

“I hadn’t seen Idris for a long time and the idea of us being in a scene together was great.”

Having embraced his role as a hands-on family man, West was understandably delighted when he got the call asking him to voice a lazy sea lion in Finding Dory, the follow up to Disney Pixar’s animated monster-hit Finding Nemo and admits that a huge part of taking the role was to impress his children, who reacted gleefully:  “Jaws, floor, game over. Yeah, I’ve been dining off this for a long time, bragging about it to all the other parents for two years. They all hate me,” jokes the actor.

The film is set one year after the 2003 original and finds our finned friends – Nemo, his father Marlin and of course, Dory (voiced by Ellen DeGeneres) –  living peacefully in the reef. One day, amnesiac Dory has a flashback from her childhood and decides to track down her parents who lived at the Jewel of Morro Bay in California, leading the trio on another madcap adventure where they encounter dangerous giant squids, a seven legged octopus and a confused beluga whale who is unable to echolocate.

West plays Rudder, one of two cockney sea lions who are tasked with helping our aquatic heroes, alongside none other than his Wire co-star Idris Elba, who plays Fluke. It is the first time the pair have worked together since their days as nemeses on the mean streets of Baltimore, resulting in plenty of playful banter and improvisation in the recording studio. Elba said all he needed to hear was ‘sea lion, Dory, Dominic West,’ and he was sold, with West agreeing it was a ‘no-brainer’. “I hadn’t seen Idris for a long time and the idea of us being in a scene together was great because we actually didn’t share too many scenes together in The Wire. We were more antagonists, always plotting, so that was nice – and I was very keen to see him again.”

It was actually Dory’s voice star, Ellen DeGeneres, who helped the sequel come about, having campaigned tirelessly since the original. She has said that this is a film that the world needs right now; that Dory’s positivity is something we can harness to guide us through these difficult times. West, having confessed to feeling a ‘sadness’ and ‘change in the air in London’ since the Brexit vote, wholeheartedly agrees: “I woke up the other day and thought, ‘Oh great, I’m going to see Finding Dory for the first time with my kids and I couldn’t be more excited.’ It’s the perfect kind of film to get you out of whatever blues you’re going through.”

Many people think of West as the stereotypical Old Etonian, but the 46-year-old was actually born in Sheffield and is one of seven siblings in a close-knit Catholic family. His father owned a plastic factory and its success afforded his son’s illustrious education. Recently, West told the Radio Times that being sent to Eton was ‘the worst feeling’ he’d ever had, even comparing it to the grief he felt when his parents died. He does however credit the experience with helping him become the great actor he is today, saying: “I learned to bury the emotional effects of that and then I went to drama school and had to dig it all up again.”

But academic credentials don’t always lead to instant success and West’s career has been hard won. After graduating from the Guildhall School of Music and Drama in 1995 there were seven years of bit-parts in films (he played a palace Guard in Star Wars: Episode I – The Phantom Menace) and small TV roles before landing the job that changed his life in The Wire. Critics and viewers alike were blown away by the gritty and multi-faceted drama which highlighted the many ramifications of the illegal drug trade in America, and were wowed by West and Elba, who played arrogant detective McNulty and drug kingpin Stringer Bell respectively, finding their accents and swagger to be so convincing that people found it hard to believe that the pair were from the UK and not born and bred in Baltimore.

The enormous success of the show not only made the actor an overnight A-lister but also a household heartthrob, and West, who was dating aristocrat Polly Astor (the mother of his eldest child, Martha, now 18), is the first to admit that he got caught up in hyperbole of fame and wanted to play the field a bit longer. He has since expressed regret for his playboy behaviour and is much changed after marrying his former college sweetheart, Fitzgerald.

In the last few years he has terrified audiences with his eerily accurate portrayal of serial killer Fred West in Appropriate Adult; been nominated for a Golden Globe in stunning period drama The Hour; and played the legendary Hemingway in recent film Genius. However, his most revered role of late has been as suave adulterer Noah Solloway in Showtime drama The Affair, which will air its third series in November. Exploring the emotional effects and fallout of an extramarital relationship between Solloway and Alison Lockhart (Ruth Wilson) after they meet in the resort town of Montauk in Long Island, the show has proved to be emotional, steamy and immensely popular, earning West a certain breed of fan. “I’m getting recognised a lot more, little side-glances. And it’s happening in the strangest places. I went to a football camp with my sons during the summer and kept getting all these looks from the mums. You know those, trying to catch your eye and holding it a little too long. And you have an idea what they’re thinking,” he says with a laugh.

For his wife this perhaps, isn’t so entertaining, especially after West was reported as saying that Fitzgerald hadn’t watched the show, something he is quick to deny. “Rubbish, I said that as a joke. She’s seen it, dips in and out, it’s just my job to her, she not irrational like that. Will she watch it all? Of course not, she’s a very busy woman with a lot on her plate.” And when pressed on whether she had been on set during one of ‘those scenes’ he quips back with a chortle: “I love that, ‘those scenes’. I don’t even want to be there during those scenes!”