Home Home Decorative Antiques and Textiles Fair: Here’s What You Need to Know 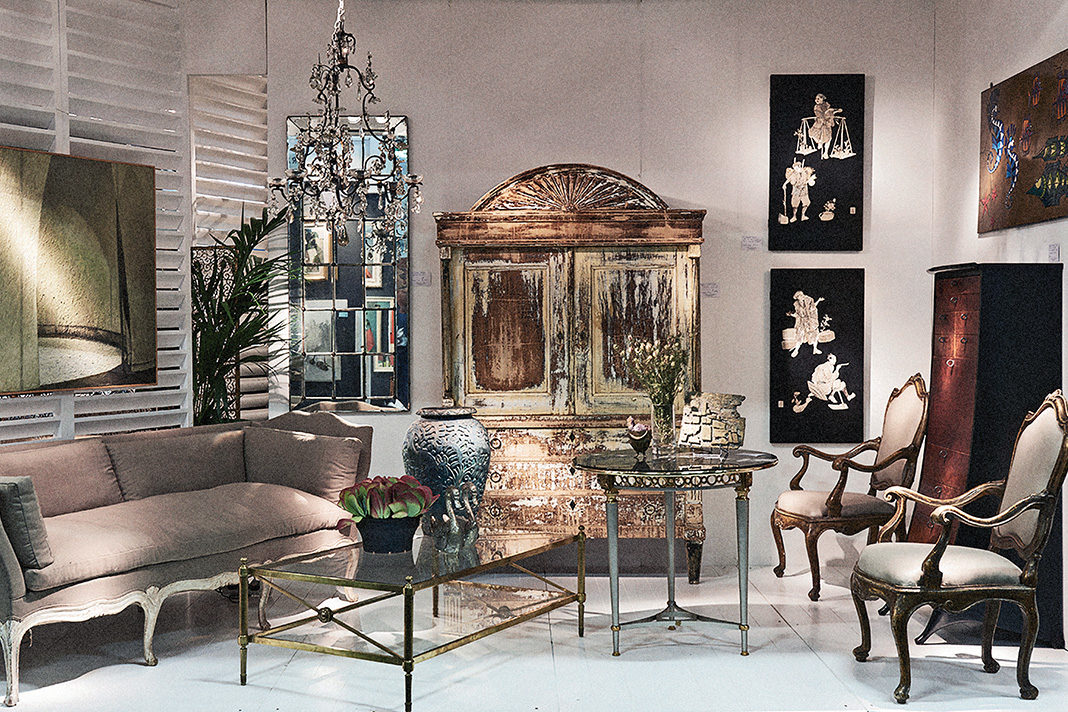 The Decorative Arts and Antiques Fair returns for its first edition of the new year with an exceptional offering of antique and 20th Century decoration. Taking place in Battersea Park between 23-28 January, this uniquely different event is a one-stop-shop for style-savvy buyers looking for unusual pieces for the home. This year’s theme celebrates the Orient, with everything from rarities to conversation-pieces highlighting how Eastern design travelled the Silk Route to inspire and infiltrate our own interiors. Here’s what’s you can expect from this exciting edition from the fair’s organisers.

This year’s theme is Orientalism, why was it chosen and what can we expect from it?

Chinoiserie and oriental design is a key component of the classic ‘country house’ style, for which the Decorative Fair is renowned. There is returning desire for more opulent and traditional interiors at the present time. As the Winter Decorative Fair is also now home to the London Antique Rug & Textile Art Fair, which sells many works that have travelled to the UK via The Silk Route, we felt it was the right time to take a new look at antique and C20th examples of furniture and accessories within this design field. So expect to see imported goods such as Chinese embroidery panels, Asian sculpture and ceramics, European good emulating Eastern designs and decoration (hence ‘chinoiserie’), and modern design such as Hans Wegner’s famous ‘Wishbone Chair’ design, directly influenced by antique Chinese furniture style.  All the Fair’s foyer stands are designed to highlight an element of design style sold by exhibitors at the fair. In past displays we have highlighted Swedish design, British mid-century modern, gothic style, marine art, art deco and passementerie.

What’s the history of The Decorative Antiques & Textiles Fair?

The Fair was launched by a dealer in decorative antiques back in 1985 when she realised professional trade buyers who wanted the decorative look found it difficult to source items easily in the capital.  Most antique fairs only sold formal antiques (polished, Georgian, collectors’ porcelain etc).  Since then it has risen to be one of the pre-eminent and most exciting antique fairs in London held three times a year, with crowds of trade and interior design buyers flocking to source stock for projects. Tens of thousands of private buyers also attend each year to find unusual and practical one-off pieces for their home.

How do you settle on the final list of dealers for each edition?

There are more than 150 exhibitors at every fair. Many have exhibited for years (in fact a few have been with the fair since its inception), and there is a long wait list of new applicants. The organisers are careful to ensure a well-balanced selection of stock, in terms of periods and styles.  No interior is complete without paintings and sculpture, so art is also shown at the fair by a select few of the country’s leading expert dealers in modern, contemporary and traditional work.

What’s the reason for choosing South West London as the home for the fair?

The Fair’s home has always been in South West London. For a number of years it was held in Chelsea Harbour, when the design centre opened, in a canvas marquee. However it soon outgrew the space available there, and in the late 1990s a site in Battersea Park was instigated by the organisers. This has grown in importance over the years and is now, thanks to the far-sightedness of the original owner of the fair, became a famous venue in its own right [Battersea Evolution].

Tell us about the partnership with LARTA, do you find it brings in a different clientele each winter?

LARTA was launched in 2011 as the UK’s only specialist fair for high-quality rugs and textiles, to service primarily the needs of international collectors and trade buyers. The Organiser of LARTA, a dealer in rugs, tapestries and textiles, had been an exhibitor at the Decorative Fair for many years. When the marquee in Battersea Park developed the Mezzanine, it seemed a natural new home for LARTA to expand in to, and in 2017 the fair moved from Marylebone to Battersea, growing from 11 to 17 exhibitors. Trade buyers love the fact they can now source rugs from a wider range of specialist dealers, and the public received it very warmly. There is a natural cross-over between clients of LARTA and The Decorative Antiques & Textiles Fair.