Home Food Bars & Pubs Champagne Cocktail’s at The Dead Rabbit: How To Make Them 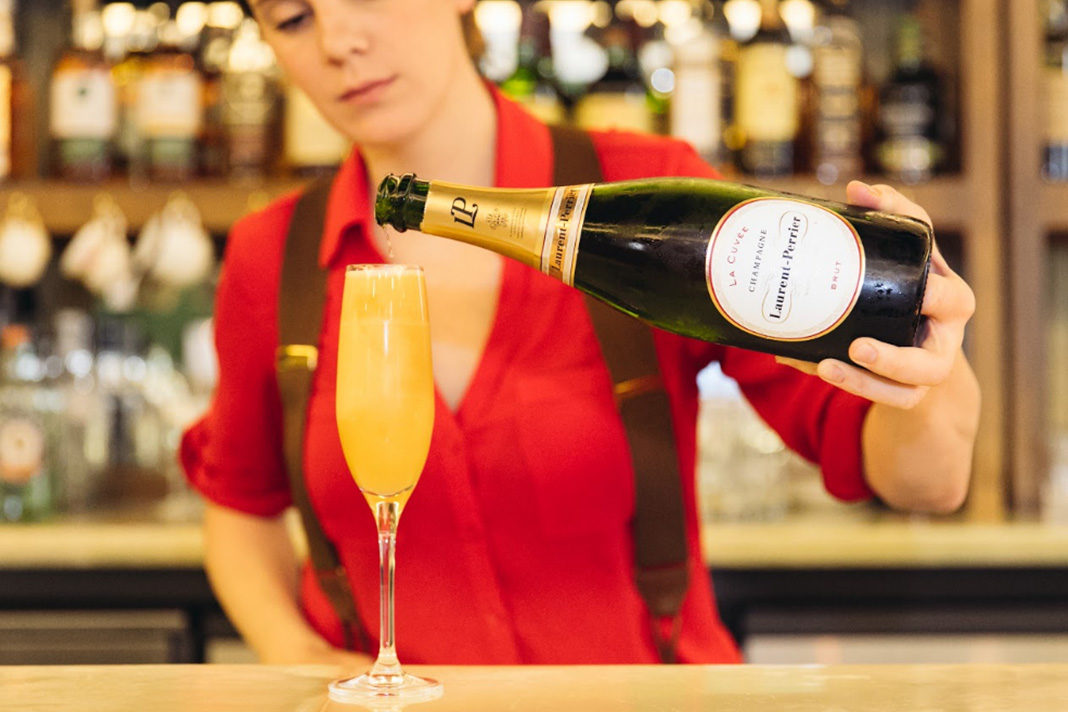 If you missed The Dead Rabbit pop-up at Claridge’s this summer then don’t worry – we’ve been given the secret recipe for its special champagne cocktail, created to celebrate the bar’s first appearance in London.

Watch the video below and have a go at recreating a cocktail from the world’s best bar from the comfort of home…Not a fan of champagne? Check out our roundup of London’s weirdest cocktails.

More About The Dead Rabbit Bar

Named for one of the notorious gangs of New York, the Dead Rabbit has been generating an awful lot of buzz. Run by Sean Muldoon and Jack McGarry, formerly of the acclaimed Merchant Hotel in Belfast, this East Village venue is situated in a historic building dating back to 1828. The space has been handsomely decked out with wood panelled walls, beamed ceilings and an abundance of era-appropriate memorabilia. It’s evocative without being gimmicky.

There’s a vintage cash register, antique punchbowls and the bartenders wear suspenders. On the first floor, a tap room serves craft beer and Irish whiskeys, while on the second floor, there’s a cocktail parlour serving hot and cold punches as well as a list of historically-inspired drinks. The self-styled “grocery and grog” offers some 72 beverages – flips, possets, fixes, sours, smashes, daisies, juleps and the like – many of which are made via historically accurate mixing techniques, though some of the drinks have been tweaked to appeal to modern palates.

How to make the Magdalene cocktail from Laurent-Perrier UK on Vimeo.

How to make the Magdalene champagne cocktail