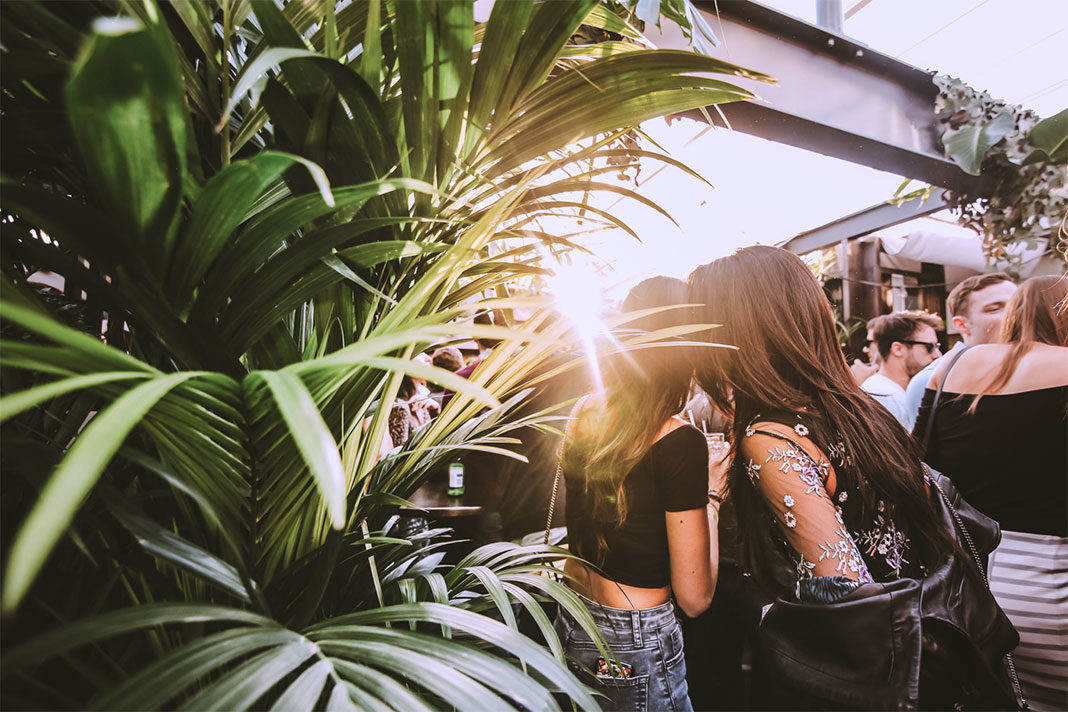 The exclusive members club proves a haven for those wishing to escape the crowds without leaving beloved Soho. the Century Club has proved the perfect destination for business, rest and play.

Think it is impossible to sneak away from the hustle and bustle while in central London? Century makes the impossible, possible.

Blink and you miss the ambiguous front door. In fact, I did. I walked by what I thought was simply a black wall, but it soon revealed itself as the entrance into the exclusive members club. I was soon buzzed in and directed up the stairs, of which there are one hundred – hence the name ‘century’.

I found exclusive member’s facilities over the four floors including their pièce de résistance – the impeccable rooftop terrace offering views across London. If the stunning views and incredibly chic atmosphere weren’t enough to take your breathe away, the food and drink sure will.

My dining experience was nothing short of luxurious. I began my evening with an Alice in Wonderland inspired cocktail. ‘The Rabbit Hole’ was presented in a beautifully colourful teapot, keeping in theme. Sipping from a picture perfect tea cup, my taste buds were met with the wonderfully refreshing mixture of one vodka, drambuie, fresh strawberries, homemade cinnamon syrup & strawberry green tea.

First on my list of decadent delights was the charred octopus with rose harissa cassava charcoal, lemon yoghurt and sea lettuce. Each texture on the dish blended incredibly with the other. The cephalopod was perfectly tender, with a slight touch of smokiness and a hint of the sea.

For my main, I opted for a classic from the Century Club menu. Norfolk black chicken breast with bacon jam & madeira sauce accompanied by a side of creamy mashed potato. My palate was jumping for joy as I took a bite of this stunning dish. The beautiful flavours of the bacon jam and madeira united with the chicken and mash in a theatrical fashion. Needless to say, this is one dish you can’t miss.

If you begin dinner with a cocktail, it is nearly sinful to not end with one as well. Selecting an option off their seasonal menu, I was presented with a beautifully exotic Bailong. The dragon fruit based drink features lychee, vanilla syrup, Flor de Cana 4yr, egg white and lemon juice. It was almost too pretty to drink. Almost. Not only was it eye appealing, but also incredibly satisfying.

Whether you are looking for a night out with friends, a space for business meetings or just somewhere to relax, Century has everything your heart desires. Overlook West End while enjoying the sophisticated ambience and smart company that inhabit the Soho oasis.

For more information about the Century Club and to learn
how to become a member, visit their website
centuryclub.co.uk