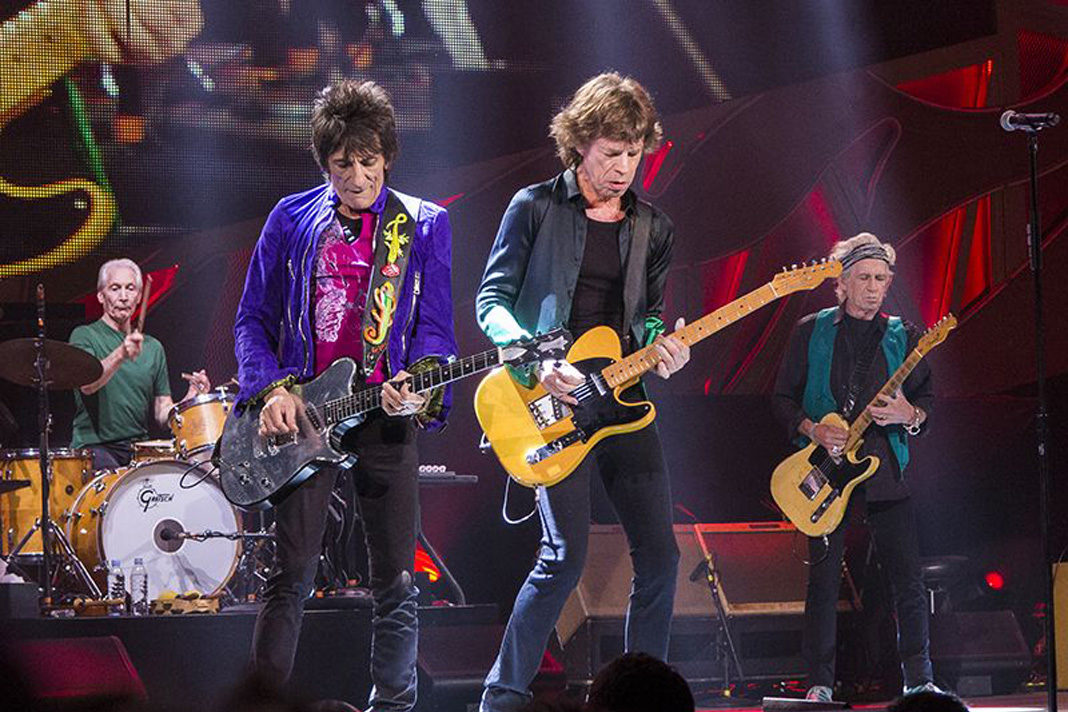 London always has a clutch of celebrity homes for sale. These are the most recent to come on the market

Where the Rolling Stones were a picture

Anyone who went to see Exhibitionism – The Rolling Stones this summer will have enjoyed getting a feel for how the band lived back in the ‘60s, as it includes a tour around their first shared home.

Resembling a student flat, the one-bedroom flat in Edith Grove, lived in by Mick Jagger, Brian Jones and Keith Richards, is recreated at the Saatchi Gallery as a kind of celebrity homes shrine.

The Stones went on to be not just one of the greatest bands history, but one of the photographed, and one of those who frequently worked with them – a celebrated portrait photographer – used this property as his studio. The late 19th-century building, which used to be a laundry, was originally converted in 1994 to create live/work spaces for artists and craftspeople.

Owned and used by a painter, it’s in Battersea and up for sale at £1.59m. The space is divided between a light-filled double-height studio space and living accommodation but also has two bedrooms as well as a bathroom and an open-plan kitchen/dining/living room. This can be completely or partially closed off from the studio, while windows let you look in from the upstairs bedrooms. There’s also a small courtyard garden at the back.

Agent The Modern House says the studio space could easily be converted into more bedrooms.

Live above a royal pub favourite

The Cross Keys is an undeniably royal pub in Chelsea, a former Georgian-era watering hole that closed its doors recently after failing to attract enough punters.

But what’s different about the boozer is that it’s had some very famous customers pass through its doors including painters JMW Turner, James Whistler and James Singer Sargent, writer Agatha Christie, poet Dylan Thomas, The Rolling Stones and reggae star Bob Marley. More recent patrons have included The Duchess of Cambridge, who visited once, and Piers Morgan and Zac Goldsmith, who have both campaigned to save it.

Their efforts were not in vain. The pub, which is in on Lawrence Street in Chelsea, was reopened earlier this year after a three-year closure and a £500,000 refit and is now being run by Mark Dyer, who has connections to the royal family.

But The Cross Keys is no longer just a pub. The upper floors have also been given a makeover and converted into four luxury apartments. The latest of these to come on the market is this two-bedroom maisonette offering amazing views over West London. It’s for sale at £1.695 million.

Witness to a murder mystery queen

It is now 40 years since Agatha Christie, the undisputed queen of murder mystery, died. But despite such a long time passing, she remains hugely popular.

Her play The Hollow is to be revived and following the success of last year’s And Then There Were None on BBC1 is to be followed by The Witness for the Prosecution.

In the meantime, The Mousetrap, the longest-running play in the world, shows no signs of ending and there are regular revivals of her two most famous characters – Hercule Poirot and Jane Marple – on TV.

On top of all this, the Guinness Book of Records lists her as the best-selling novelist of all time, so far shifting two billion copies.
Christie also made her mark in the London property market. She lived in several addresses including townhouses at Cresswell Place in Chelsea and Camden.

She also lived at 58 Sheffield Terrace from 1934 to 1941, where she is said to have written 16 of her novels including Death on the Nile. Her last London address was a flat at Swan Court in Chelsea where several novels including The Mousetrap were penned. A flat is currently available for sale within the building with agent Pastor Real Estate (020 3195 9595) at £999,999.