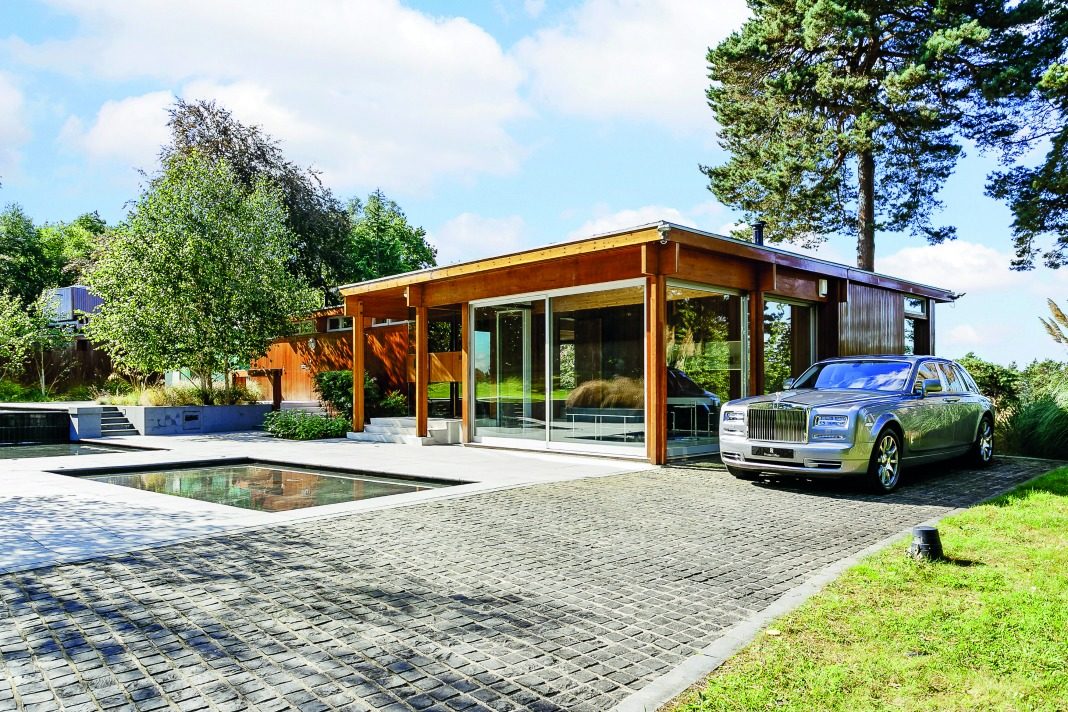 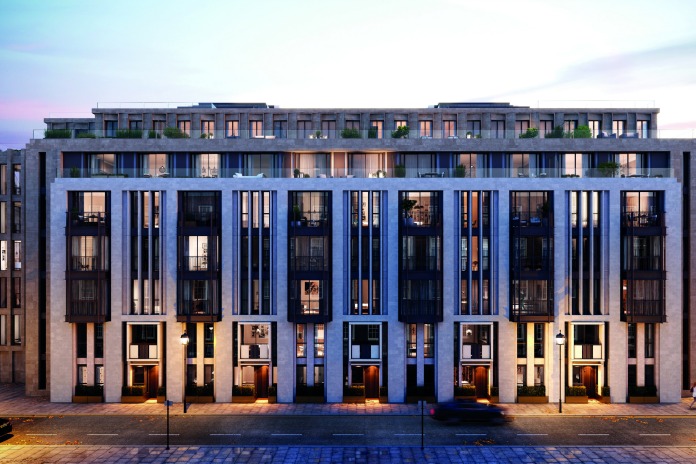 The world of luxury hotels during the 1940s has been on our television screens recently during The Halycon, the ITV series starring Kara Tointon, Beverley Knight and Olivia Williams.

The fictitious hotel is set in Lincoln In Fields although the interior scenes were shot in the Land Registry’s former headquarters around the corner.

Fans may recall one of the recent episodes in which the characters endure the horror of London’s wartime Blitz bombing raids.

The scenes were filmed on a building site that had recently been cleared to make way for a new block of luxury flats.

When finished, the Lincoln Square development by developer Lodha UK will include luxury apartments from one bedroom to four bedrooms. Prices start at £900,000.

More information from joint agents Knight Frank and CBRE on 020 7004 0910 or visit www.lincolnsquare.co.uk. 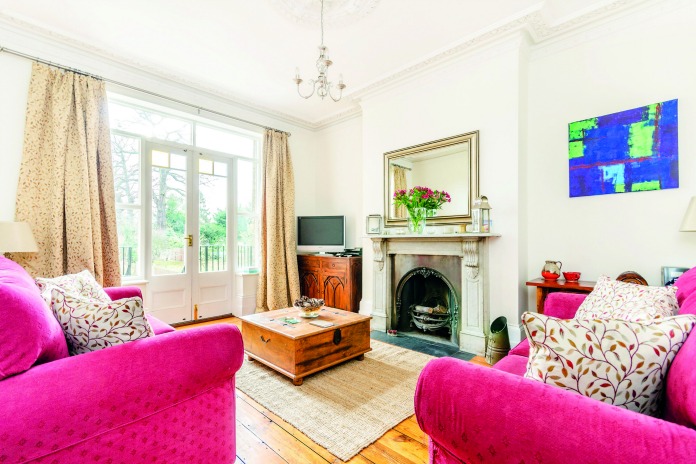 Millions of TV viewers watched Jane Beedle nearly win the most recent Great British Bake Off. Now she’s selling her Beckenham home to escape to the country or, to be more precise, Kent.
Jane is selling her six-bedroom home in Beckenham, which she and her husband bought six years ago, as refurb project.
The property used to be the local Conservative Party constituency office and the first thing they had to do was convert it from office to residential use, which took six months.
“During that time the only cooking facilities I had was a kettle and a plug-in frying pan; it’s amazing what you can cook with one of those,” she says.
Jane says that now their children have flown the nest, it’s time to downsize and top up their retirement fund. It’s for sale at £1.395m with Foxtons on 020 7579 2929. 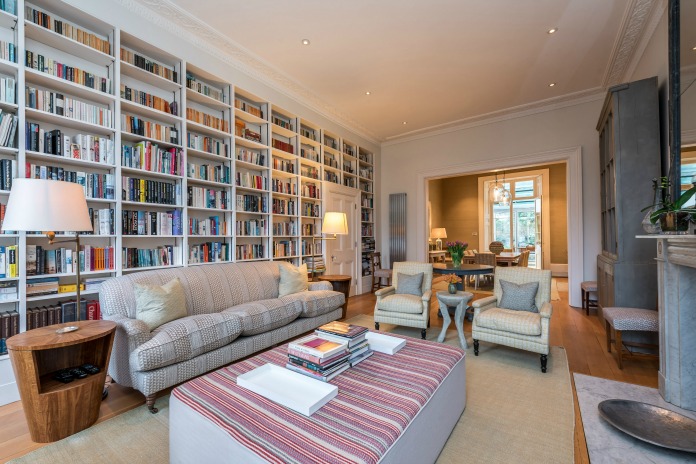 Douglas Adams is best known as the author of world-wide publishing phenomenon The Hitchhiker’s Guide to the Galaxy. Firstly a radio play, it then later five best-selling books, a TV series, play and, in 2005, a Hollywood film.
But there was much more to Adams. He was a script writer and editor for Doctor Who, appeared in and wrote for several Monty Python TV shows. He also worked as a radio producer, penned a travel book and appeared on stage with Pink Floyd.
Although his early career got off to a rocky start, he went on to sell 15 million copies of his Hitchhiker books. The early proceeds of these were used to buy this house on Duncan Terrace in Islington during the late 1980s.
He drew inspiration from the area when writing subsequent Hitchhiker books, including taking the name of local estate agent Hotblack Desiato to use as a character’s name. 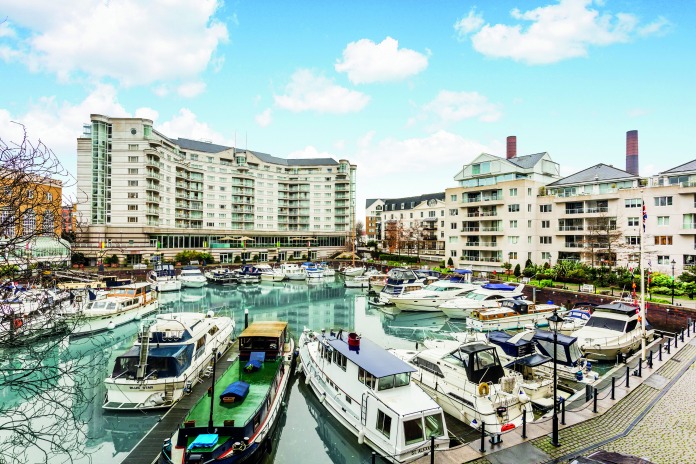 You’ve got to have sympathy for former England manager Roy Hodgson, whatever your thoughts on England’s ignominious defeat at the hands of Iceland during Euro 2016.
Hodgson may not have been the greatest player, but until he embraced the poisoned chalice of the England team he had enjoyed a stellar international career as a manager.

This included spells at clubs in Sweden, Switzerland, Italy, London, Liverpool and West Bromwich. Hodgson then joined England in 2012, after which it is agreed it generally all went wrong.

Recently, Hodgson has said he’s ready to make a return to management, but probably not in London if this two-bedroom apartment in Chelsea Harbour is anything to go by.
The 69-year-old is selling the property for £2.95 million. 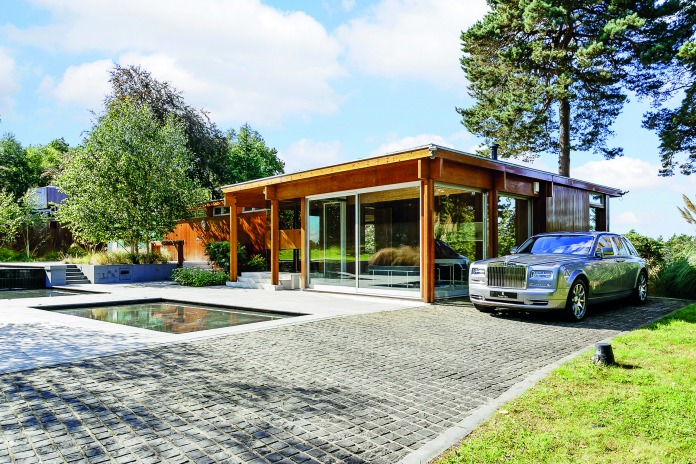 Erno Goldfinger was a controversial architect whose name was borrowed by author Ian Fleming for his villain in the seventh and eponymous James Bond spy novel.
The book was published in 1959 and later turned into a film starring Sean Connery and Honor Blackman.

It has been reported that the author used Goldfinger’s name in anger following a planning dispute over the architect’s modernist house in Hampstead, London.

But the two barely knew each other and were distant neighbours. Although, Fleming played golf with Goldfinger’s cousin so the idea probably came to him after she described Golfinger’s humourless personality.

Despite his personal shortcomings, Goldfinger left a small but rich architectural legacy behind him when he died in 1987.

One of them, a Grade II listed villa called Teesdale in Surrey, is currently for sale. Featuring four bedrooms, a large open-plan lounge, a glass central dining room, gardens and a sweeping driveway. It was built during the late 1960s and is the only post-war private house designed by Goldfinger in its original condition.