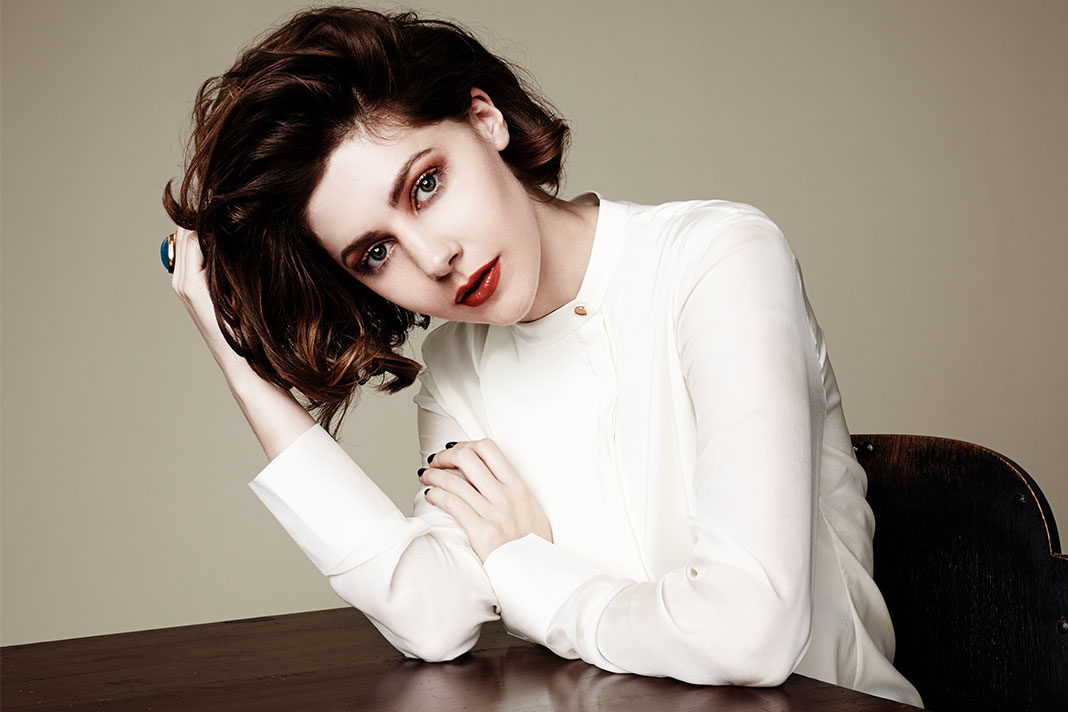 We talk comedy, crime and theatre with Downton Abbey star Catherine Steadman as she prepares for her leading role in Witness for the Prosecution

Setting the Scene with Catherine Steadman

Best known for her role as Mabel Fox in Downton Abbey, Catherine Steadman has a career that spans stage and screen. From Mansfield Park to Fresh Meat, The Inbetweeners and Oppenheimer, which earned her an Olivier award nomination, she’s not shy in coming forward to take all manner of roles.

We caught up with Catherine Steadman ahead of the immersive piece to talk all things theatre, crime thrillers and what’s next in the upward trajectory of her career.

HELEN BROWN: It sounds like it’ll be a fantastic piece of theatre, how are rehearsals going?

Catherine Steadman: It’s great, we’ve just moved out of our rehearsal rooms and have the luxury of another two weeks rehearsing in the actual venue. County Hall is not actually a courtroom – it’s more of an assembly room, but it looks exactly like the courtrooms at the old Bailey. The audience is going to be in situ and the drama will unfold around them. Our director, Lucy Bailey wants it to be very immersive, edge-of-the-seat stuff. It’s not going to be a cosy Agatha Christie.

HB: Tell us about your character Romaine.

CS: She’s a fantastic character and has been played on screen by some really brilliant actresses. It’s just after the Second World War and she’s a German woman living in London, married to a British man. The level of xenophobia after the war – especially for a German woman – was fairly high, so she had a lot going against her. She’s not very sentimental and there’s not much that gets to her. It’s a very interesting character
to play.

HB: How familiar were you with the story and of Agatha Christie’s work?

CS: Fairly familiar; I’ve seen lots of TV adaptations and I’m looking forward to seeing the new Kenneth Branagh film. She seems to be having a bit of a resurgence at the moment, which is good. There are actually two versions of Witness for the Prosecution. There’s the short story version written by Agatha Christie, set just after the First World War, with one particular ending. Then there is the play version which is set after the Second World War with slightly different characters and a different ending. Now, what we’ll have is an amalgamation of the two, so even if you know one or the other story, you won’t actually know the ending until you get to the end of our production.

HB: The fourth wall between actors and audience is completely broken down in this production, how does it compare to the other bits of theatre you’ve done?

CS: It will be similar to the works of Punchdrunk theatre in that it’ll be very close and exciting. Although, unlike Punchdrunk, ours will have a direct narrative. The audience won’t have to move around, the action will just happen around them. Our sound designer Mike Paul is underlying all sorts of atmospheric noises and the lighting will also add to the experience. I’m telling people, even if you don’t like theatre, go and be transported to this courtroom. It will be an experience.

HB: Do you have a preference between stage and screen?

CS: I like to do a bit of both. The good thing about theatre is that there’s not so much waiting around and you get a longer rehearsal period. With TV, you get in in the morning, you have your hair and makeup done and then you might sit in a trailer in a carpark for a few hours. But when rehearsing for theatre you’re working all day long. And then in theatre it’s great working with a live audience, people can’t really make a noise on set when you do something shocking or funny, no one can gasp or laugh. They’ve both got really good points, but at the moment I’m enjoying  doing theatre.

HB: Tell us about your path into acting, were you in school plays?

CS: No actually, no school plays – I wasn’t a drama kid at all. It sounds weird but I knew I didn’t want to do musical theatre acting and that was the main focus in my school – Annie Get Your Gun sort of thing. That’s never been my cup of tea, I think I might actually be tone-deaf! I waited to do some more low-key acting and then trained at Oxford School of Drama.

HB: Was it something your parents were supportive of?

CS: Yes I think so; I remember watching a hospital drama and I asked my mum what job the man on the television was doing. My mum said “Oh he’s an actor,” although I meant within the hospital. She said, “He’s not a real doctor, he could be a policeman one day, or a detective.” I remember thinking what an amazing job. Since then I’ve always wanted to act. My parents have been behind me the whole way, they’ve let me just go for it.

HB: A lot of people know you for your role in Downton Abbey which you joined in series five, was there a sense of trepidation becoming part of such a highly
acclaimed show?

CS: Not really, I was excited more than anything. I hadn’t watched much of it before starting so I did a bit of delving into previous series to see what had been said about my character. But I didn’t want to see too much because I wanted it to be quite fresh. As soon as I arrived on set there was such a warm atmosphere, you could tell everyone really enjoyed working there.

HB: Dame Maggie Smith has a reputation for being one of the best actresses in the country; what was she like to work with?

CS: It was absolutely amazing. On my first day we were rehearsing a scene when Maggie turned up on set. She walked straight up to me, shook my hand and said, ‘You must be Catherine, I’m Maggie Smith.” She broke down that barrier straight away on my first day and it was just really lovely that she’d learnt my name.

HB: What are your Downton highlights?

CS: Because I’d gone in at series five, they had everything very finely tuned. Everyone had worked out the etiquette of dining and sitting and who could do what and when. So for me it was like slipping into a well-oiled piece of machinery. It was just beautiful – every room was stunning and the costume design was out of this world. I got to wear some gorgeous costumes. I had a real Harris tweed three-piece suit made for my horse-riding scenes – that was pretty special. I think they just wanted everything to be absolutely perfect.

HB: You’ve had some fantastic roles in comedy too – The Inbetweeners, Fresh Meat – is comedy something you take to quite naturally?

CS: I think comedy is much harder than drama; it’s all about timing and landing things, or giving other people space to land things. The Inbetweeners was very much about giving the boys a stock man to work against, essentially. I really enjoy it, I like to do a mix because doing dramas continually can get a bit tense, especially with the really intense stuff like Ibsen or Chekhov. It’s nice every now and then to do something more light-hearted. I did Trying Again with Chris Addison in the Lake District and it was just a really fun, mistaken identity, farce-y comedy. The perfect light relief after a lot of drama.

HB: You’ve just completed a Philosophy, Politics and Economics degree, tell us about that?

CS: Yes, I’ve been doing it on and off now for five years along side the acting. It’s something I decided to do because I went straight from A Levels into drama school, which is very much a vocational course. I always felt that I’d missed out education-wise and there was a base level of knowledge that I didn’t have. I didn’t know much about the economy or politics so I thought I’d brush up. It’s good to have in my back-up armoury and it’s been fun. I’ve been doing it on sets and in trailers, in different countries all over the world, it keeps me busy when I’m not working. I’ve been toying with the idea of doing an MA in it, but at the moment I’ve got a lot on my plate with Witness so I’m giving the education a little breather for now.

Get a glimpse of Catherine Steadman as Romaine Vole in Witness for the Prosecution, running through 11 March 2018 at London County Hall.