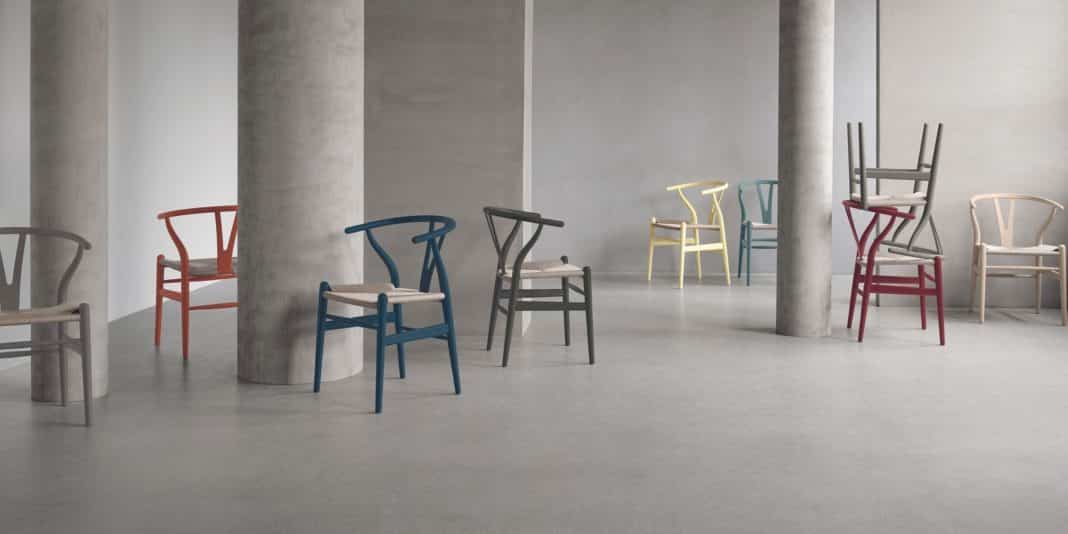 Hans J. Wegner designed the world-renowned Wishbone Chair (CH24) in 1949 at Carl Hansen & Son, which has produced the chair continuously for more than 70 years. To celebrate this milestone, Ilse Crawford has selected nine matte colours that give the chair a new perspective. All colours are eco-friendly, water-based and resilient, so they are perfect for both private and public use. “We wanted to develop a range of colours that reflect the times we live in, and we believe these subdued tones will resonate with a contemporary audience,” says Ilse Crawford. “We are inspired by the paintings of Danish artist Per Kirkeby, who beautifully reflects his interest in nature. These are not standard colours governed by the trends of the time, but colours that add depth and complexity to any interior.”

The picturesque colours celebrate plants, minerals and the soil that make up the raw beauty of the Nordic landscape, and they work both individually and in interaction with each other. “Colours are so closely related to our emotions and our mood,” Crawford says, “and we believe that these subdued tones will help create a warm, relaxed and natural environment.”

Hans J. Wegner and Carl Hansen & Son began collaborating in 1949, and after just one year the chairs CH22, CH23, CH24, CH25 and CH26 were ready to be launched in 1950. The five chairs have very different expressions, but all carry Wegner’s unique signature and focus on unparalleled craftsmanship. As the largest manufacturer of Wegner’s furniture, Carl Hansen & Son has been associated with the prolific master architect for seven decades, and Wegner remains a key element of the company’s identity.

“Hans J. Wegner is a big part of our DNA,” says Carl Hansen & Son’s CEO, Knud Erik Hansen. “The first masterpieces were the forerunners of what ended up being an impressive collection of some of the world’s most iconic furniture, and it is a great pleasure to refresh them for a new generation. Ilse Crawford has the ability to bring great insight to any project and make it relevant, and this new colour palette has its own cultural history rooted in Nordic abstraction.”

Win! We have teamed up with Louise Bailey from Hair Extensions London to give one lucky person the chance to win a free set...