Home Food Where to Eat the Best Sandwiches in the City 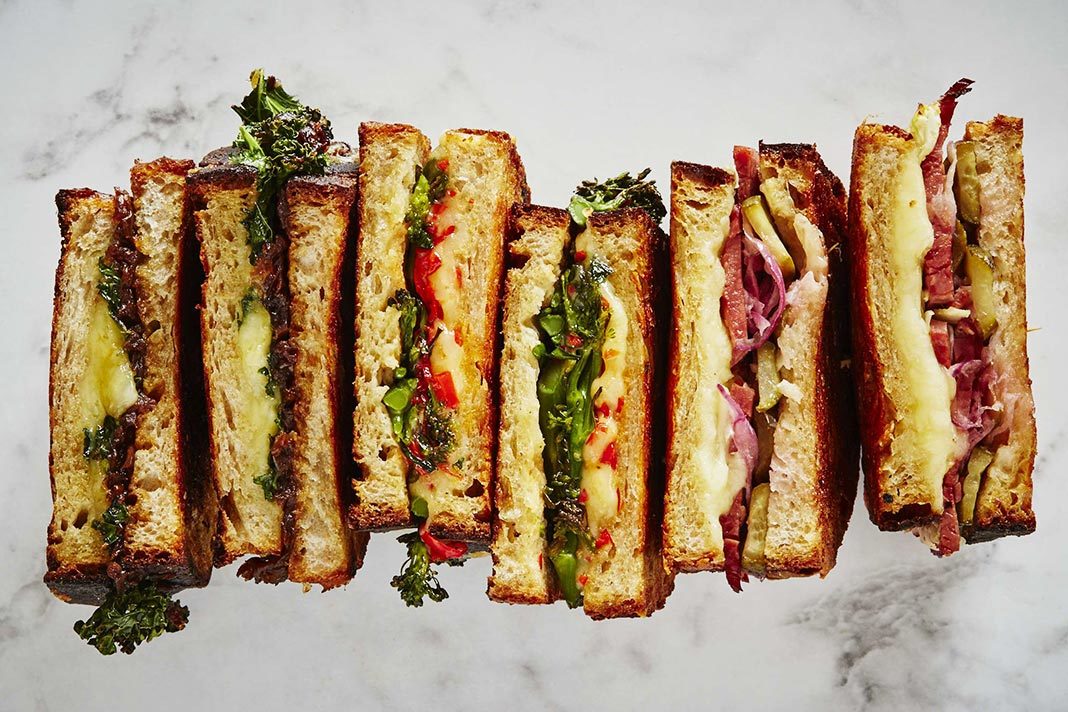 London is abundant in oversized, lip-smackingly delicious gourmet sandwiches and we’ve tracked down a few of the very best. Time to tuck in…

We Brits love a good sarnie, so much so, there’s a whole week dedicated to them. British Sandwich Week takes place between 19-26 May and sees London’s eateries going bigger, braver and bolder with sandwiches that constitute a big, delicious meal in themselves. The American sub, sourdough classics and the Jewish bagel have all had the gourmet treatment throughout the city; they’re as messy as they are tasty. Here’s where you can grab one… 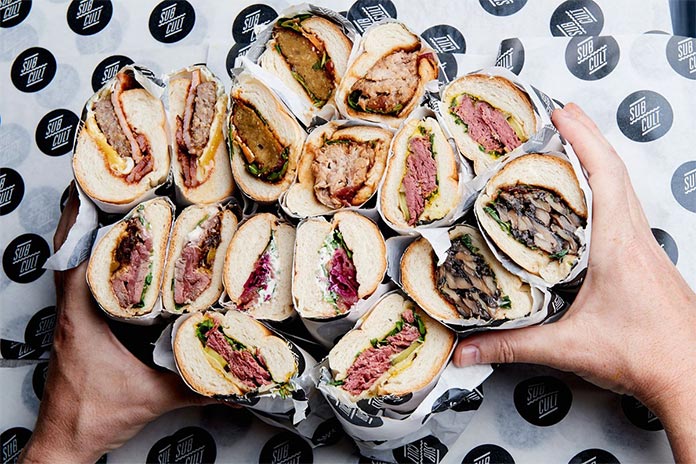 Award-winning sandwich fanatics Sub Cult are famous for their gourmet U.S deli-style sub rolls, which they dish out from the hatch of the trusty Soul Roller. All subs are made to order using a unique and freshly-baked bagel-brioche bread creation. 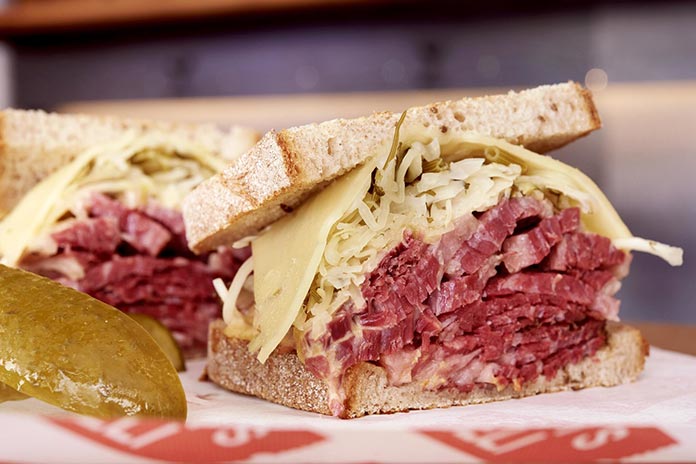 Monty’s Deli began life as a market stall in 2012 and is ‘the best value lunch in London’ according to Tom Kerridge. Now with a permanent home in Hoxton, Monty’s Deli serves Jewish soul food and the city’s best salt beef sandwiches and bagels. 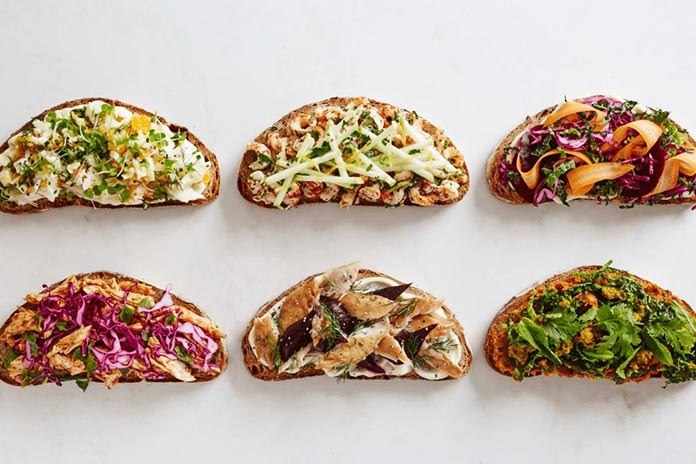 The sandwiches at Lundenwic are serious business. Most days there are three to choose from with options such as the onion, kale and cheese toastie. Flavours are bold and perfectly paired, and the sourdough comes from Balthazar. 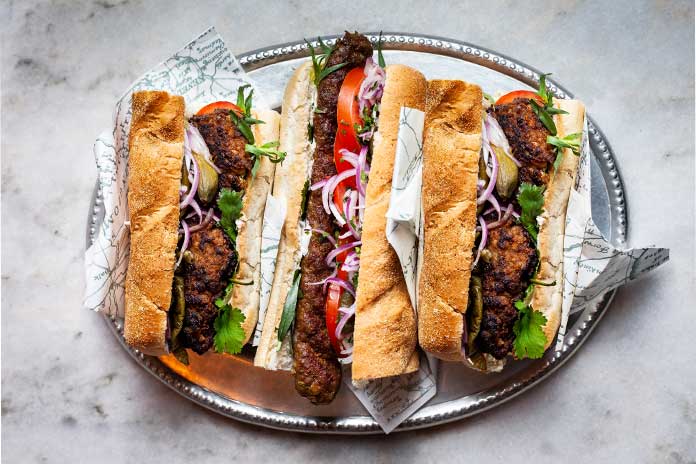 For British Sandwich Week, Persian restaurant Berenjak is serving two limited edition fillings for serious diners. The first, Sanwij e Kotlet Ba Maghz, a shallow fried lamb brain cutlet served on a fresh roll, the second for the not-so-adventurous, Sanwij e Koobideh, a minced lamb shoulder sub. Get there quick as they’re only available until the end of May. 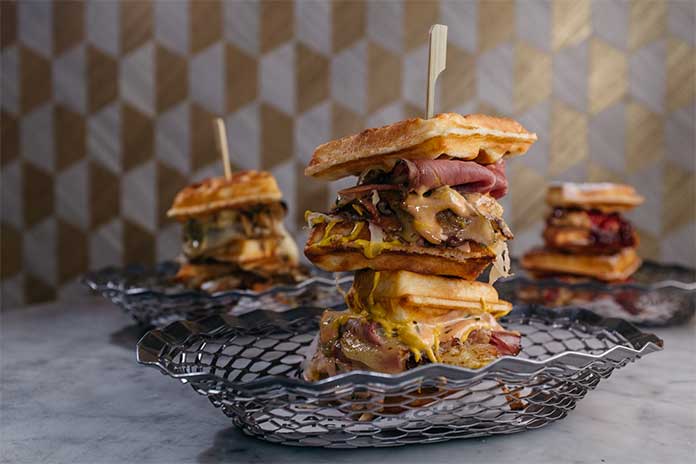 In celebration of British Sandwich Week, the Lanes kitchen is launching three amazing American style waffle sandwiches. The Reuben, The Mushroom Swiss and a classic, Peanut Butter & Jelly. These are not to be missed. 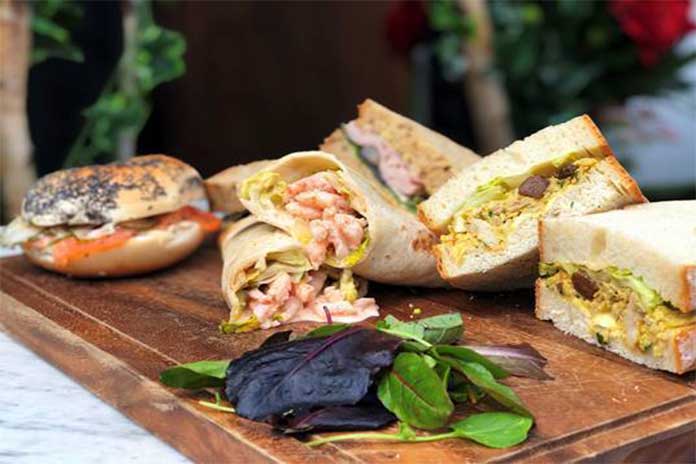 Albion Shoreditch, an all-day café, bar and grocery spot on the ground floor of Boundary London has launched a brand new sandwich menu. Classics will be featured on the menu like the ham and cheese toastie, the ploughman and the veggie. 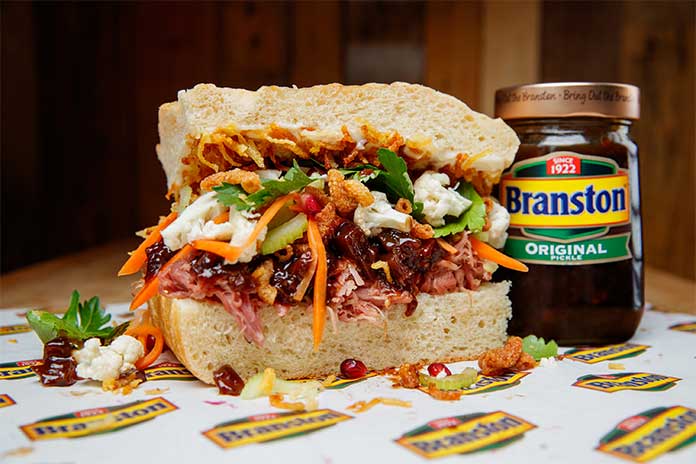 Branston pickle has teamed up with the king of sandwiches, Max Halley of Max’s Sandwich Shop to create a beast of a breaded invention. The Branston Boss Sandwich is a sandwich like no other, layering up the best flavours of every generation – from traditional ploughman’s for Baby Boomers, Gen X’s mac and cheese, brunch favourites for Millennials and vegan elements for Generation Z – between pillowy white bread. Up for the challenge? Head over to Max’s Sandwich Shop this week where it’s available now until the 25 May.