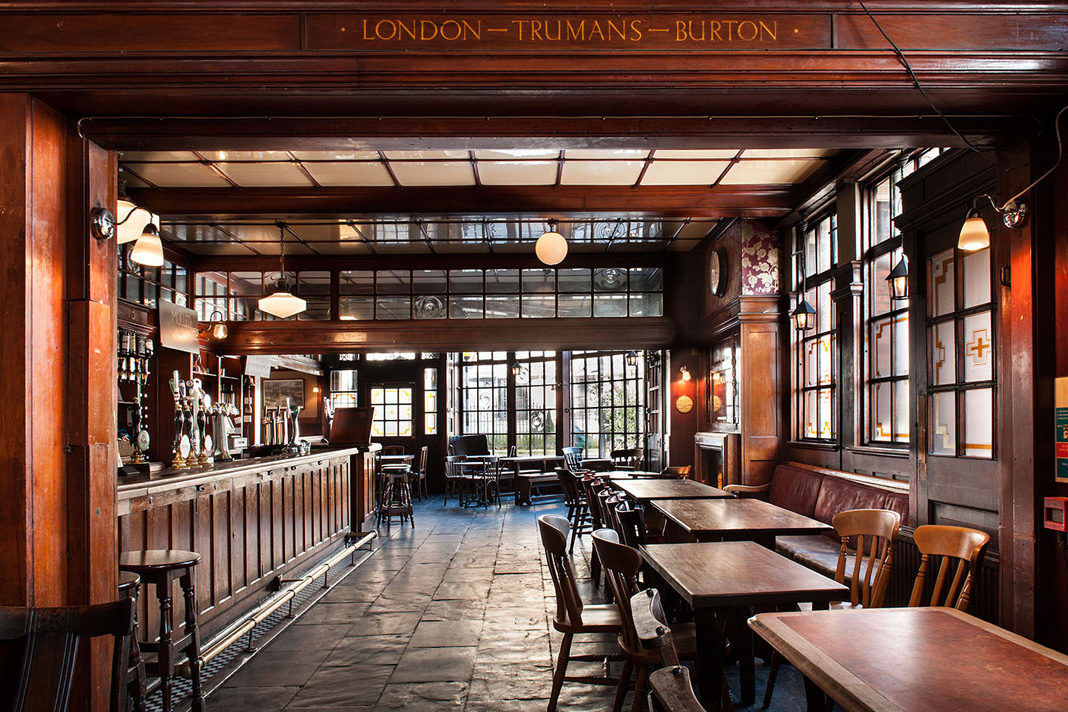 It’s that time of year again…As the nights get longer and the temperature drops, snuggle up by the fire at one of London’s best cosy pubs 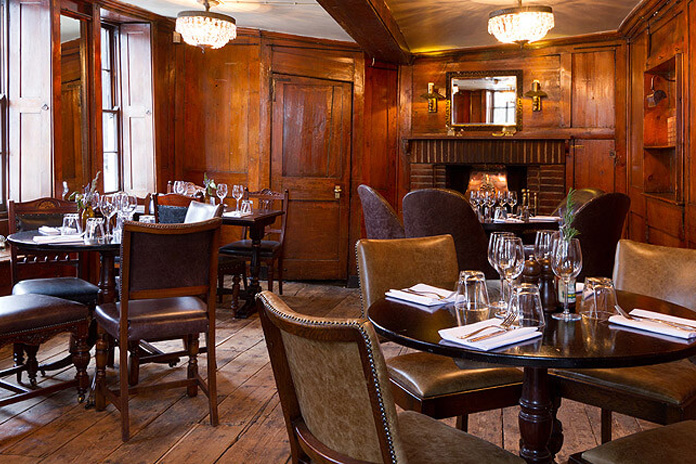 As a country pub in the city, The Spaniards has earned itself a place in the history books, with Dickens immortalising it in The Pickwick Papers. The characterful 16th century inn boasts an idyllic garden, roaring fires in the winter and plenty of wood-panelled nooks to lose yourself in. 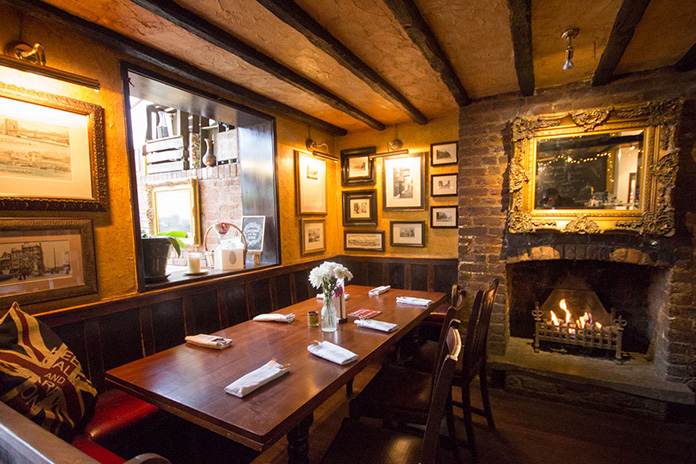 Another pub steeped in history, The dover has stood on the site since the 17th century. The poet James Thomson composed the familiar strains of ‘Rule Britannia’ here and Charles II is said to have romanced and dined his mistress Nell Gwynne here. In more recent years, the pub’s riverside terrace has played host to some of the finest actors, writers and politicians in London. A great eatery for stunning river views. 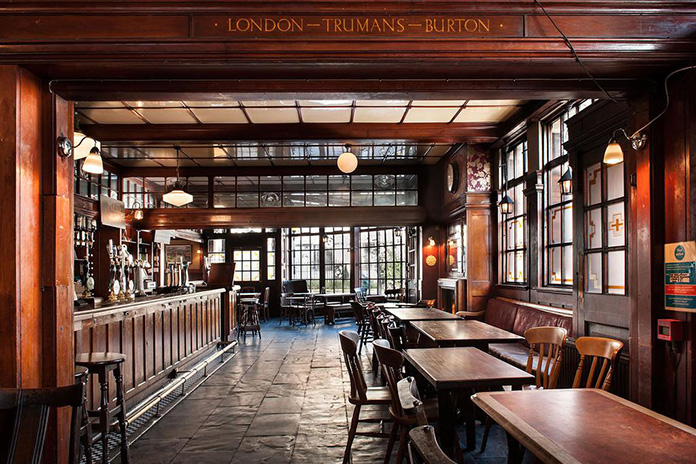 Meanwhile, back up north, the Rose & Crown’s interiors are every bit the traditional English pub. Frequented by visitors and locals-alike, you can relax beside a real log fire and gaze out the giant bay window at the hustle and bustle of Church Street. 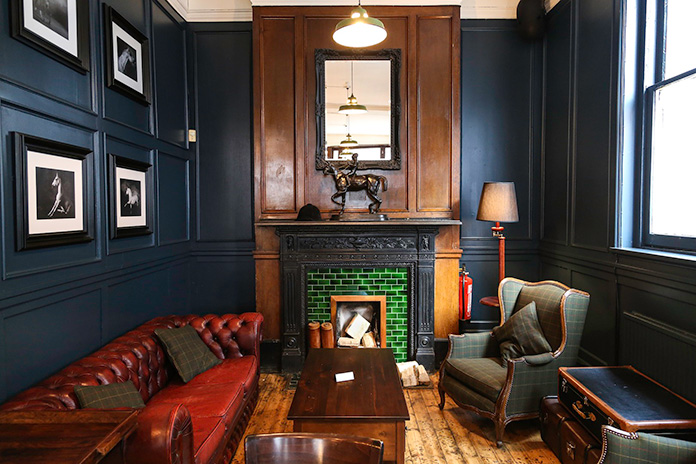 Established in 1738, The Running Horse is the oldest public house and kitchen in Mayfair. A collaboration between James Chase of the award-winning Chase distillery and Dominic Jacobs, former bar director at Sketch, the pub has been lovingly restored and reopened its doors in the Autumn of 2013. Expect traditional charm with a generous serving of design-conscious, well-heeled style. 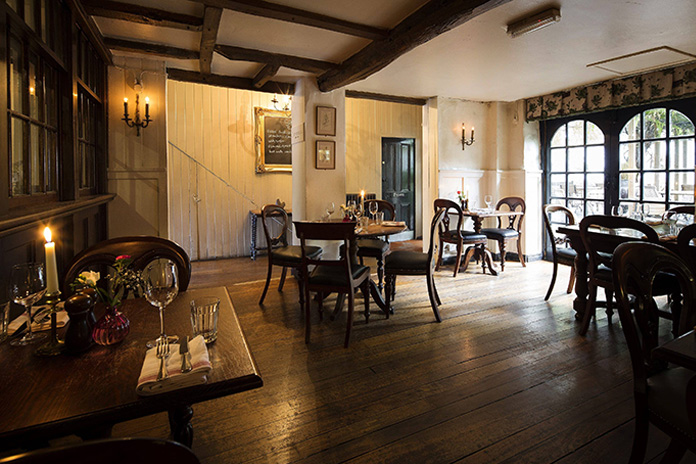 The Albion is a Georgian townhouse left over from a time when Islington was fields and farmland. With a wisteria-covered facade, log fires and oak-beamed ceiling, you can’t but fail to fall in love with this picturesque pub. The eatery won The Observer Food Monthly award for “Best Sunday Lunch 2009” and is one of The Independent’s “Top 50 Sunday Lunch Venues”, so expect good grub. 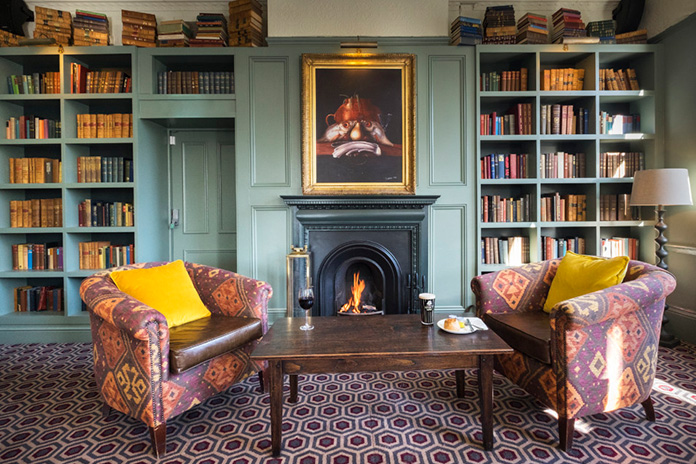 With views over Battersea Park and expansive beer garden, The Prince Albert is one of the more modern options from our cosy pub edit. It’s the perfect place to stop off post Sunday afternoon walk if you’re looking for traditional English cuisine and updated interiors. 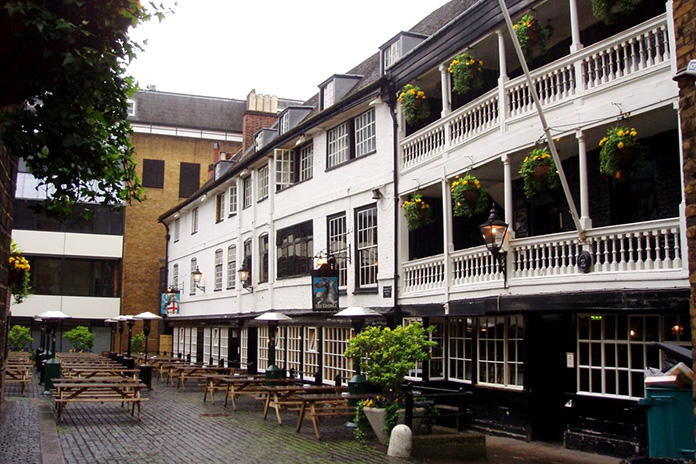 Located moments away from busy London Bridge, The George inn is the last remaining galleried inns in London. Owned by the National Trust, it is an authentic 17th-century coaching inn and pub with plenty of oak beams and a large courtyard seating area.

Enjoyed our round-up of cosy pubs? Check out were to go for National Curry week[/vc_column_text][/vc_column][/vc_row]