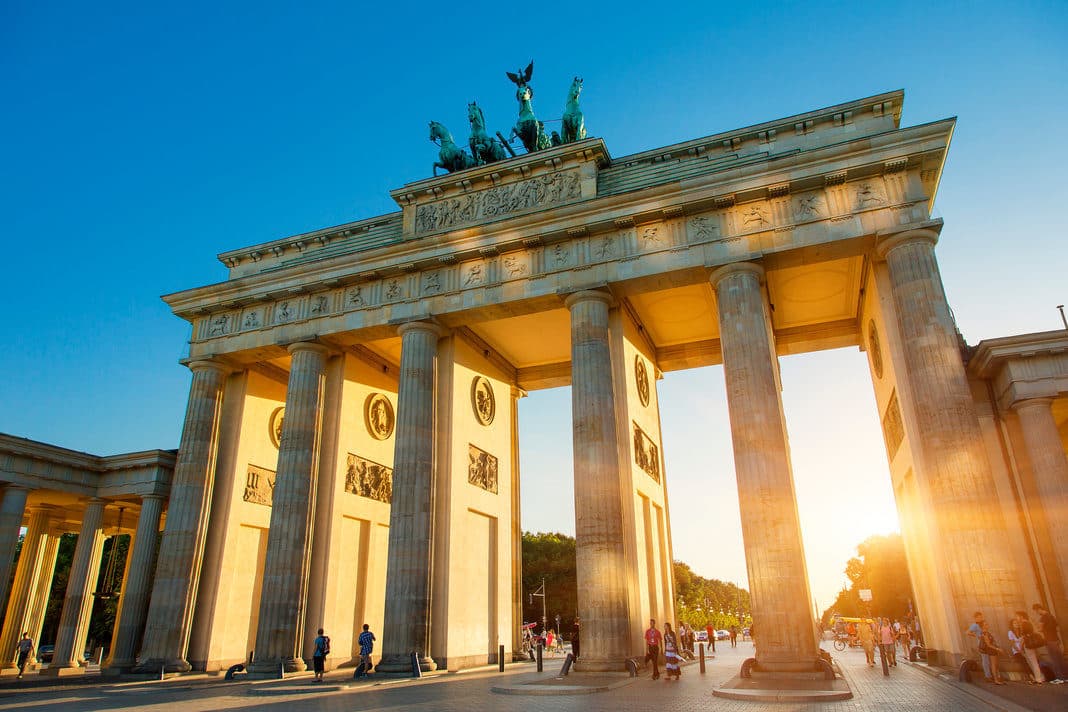 From culture to clubbing and everything in between, make the most of your European city break with our Berlin travel guide

The best of Berlin

From cultural hedonists to clubbing devotees, Berlin is a city of many faces and offers something to entertain and stimulate every traveller. Inspiring many stories, Berlin harnesses possibility and imagination; from Christopher Isherwood’s Goodbye to Berlin, portraying the decaying beauty during the engulfment of the Nazi regime to Chloe Aridjis’ Book of Clouds, Berlin and its undeniable narrative vibe has captured the creativity of many writers and transported readers to its story-rich streets for decades. Read on for our Berlin travel guide.

The perfect home from home, Soho House Berlin has been welcoming members and guests since 2010. Situated between the central areas of Mitte and Alexanderplatz, guests will find theirselves only minutes walk from cultural hotspots and luxury shopping. However, those staying at Soho House may be reluctant to leave given the tasteful interior design, fantastic facilities (including gym, pool and spa) and the pieces of artwork on display – most notably one of Damien Hurst’s trademark sharks.

The 25Hours hotel chain is fast becoming a favourite amongst European travellers. There’s no need to fear the chain status though, each 25Hour Hotel comes with its own unique style and theme, offering guests a boutique feel with the reliability of a proven brand. The hotel is ideally located to explore the west city. Rooms come with spectacular views of Berlin’s famous zoo or the Kaiser Wilhelm Church. There’s also a Mini car that guests can borrow from the hotel to explore further afield.

If you are looking for a hotel rich in luxury and glamour then this is the place for you. With its opulent lobby and classic elegant design, this is a haven for those who demand the best of Berlin. With a double starred Michelin restaurant and expansive spa and gym, it’s no wonder that it’s a favourite with the British Royal Family. Located close to the cultural centre of the city, this is a hotel for discerning, sophisticated guests who wish to explore the rich culture of Berlin in decadent style.

The elegant architecture of Hackesche Höfe and Haus Schwarzenberg is a small snippet of what Berlin used to be in the early 20th century. Hackesche Höfe is an extravagant cluster of boutique shops and cabarets, boasting pretty fountains in its steep and winding courtyards, whereas Haus Schwartzberg is a fantastically grungy area, filled to the brim with imaginative ever-changing street art and murals. Both areas allow visitors to lose themselves down a warren of Berlin’s best architecture.

As a city that was divided in two, Berlin has a juxtaposing line in its centre showing the differing architectural styles employed by the distinctive ideologies. When East Berlin was cauterised from the west in the aftermath of WWII, communist architectural styles started to emerge in the Soviet side of the city. The Karl-Marx-Allee is possibly the most imposing area of Soviet state architecture left in Berlin today. The expansive boulevard was used for parades and communist celebrations during the era of the German Democratic Republic, but it also saw bloodshed and worker revolts. Many choose to walk the 1.9-mile stretch from Alexander Platz to ‘Frankfurter Tor’ to take in the full breadth of the boulevard and muse over the oppressive era.

As another architectural focal point with a striking history, the Reichstag offers visitors the chance to see history reinvent itself. A catastrophic fire in 1933 left the nation in shock and the Nazis able to seize control. In the 1945 Battle of Berlin, the building also became a key target for the red army due to its political connotations- visitors can still see Soviet graffiti etched into the Reichstag’s smoke-stained walls. A free guided tour of the building will take you up to the top of the huge glass dome in the centre of the building, which was designed as part of a 1999 renovation project and provides visitors with fantastic views of the cityscape.

Museum Island, or Museumsinsel as they say in Berlin, is basically what it says on the tin. A collection of museums, housing some of Berlin’s most prized artefacts and articles of interest all on one island. For 18 euros, visitors can enjoy access to six museums and gaze upon such sights as the bust of Nefertiti and marvel at artworks by Monet, Cézanne, and Degas.

A small section of the wall that separated the east of the city from the west has been transformed into a memorial that celebrates the adversity that Berlin has overcome. Dedicated to the lives of the 130 people who are known to have lost their lives, the Chapel of Reconciliation allows visitors to remember victims and those who were cruelly affected by the construction of the wall. Visiting the Wall Memorial is a sombre affair, but one that aptly illustrates the anguish and suffering the division of the city caused.

This bar is the epitome of Berlin cool. A small and cosy space, the bar décor is hip in a way that’s not too try-hard or fussy. Expect to find a living room style bar with plenty of low sofas and a cluster of stools around the bar. The drinks menu is constantly changing with a rotating selection of delectable cocktails made with expertise by the friendly and helpful staff. Drinks of particular distinction include the Old Fashioned and Mezcal Sour. Offering solace from the bustling tourist-ridden streets of the city, TiER has a strict no photo policy, believing that living in the moment is better than living through a lens.

Fusing regional produce and artisanal cooking, VOLT cherry picks all the best elements of Berlin and puts them on a plate. Situated in a modernised 1920s substation, the interior shouts endless style and makes the perfect location for a delicious, fulfilling meal after a long day. To get the best out of VOLT choose the five-course tasting menu paired with wine choices for a full flavour immersion.

Nightlife is almost synonymous with Berlin. Establishments like Berghain and the Kit Kat Club are famous for the raucous revelries that go on behind their doors, but it should be noted that these places aren’t for everyone. If you are looking for a taste of the Berlin nightlife and want a slightly more sophisticated experience, then art club Anomalie is the place for you.  Be prepared to travel a little further though, Anomalie is planted firmly on the east side of the city and is a little further afield than the usual haunts of tourists. Home to some of the most spectacular views on the Berlin Clubbing scene, Anomalie has hosted some of the best techno DJs from around the world as well as artists working in sound, light and installation.

If you enjoyed reading this, why not check out The Best Oktoberfest Parties In London?