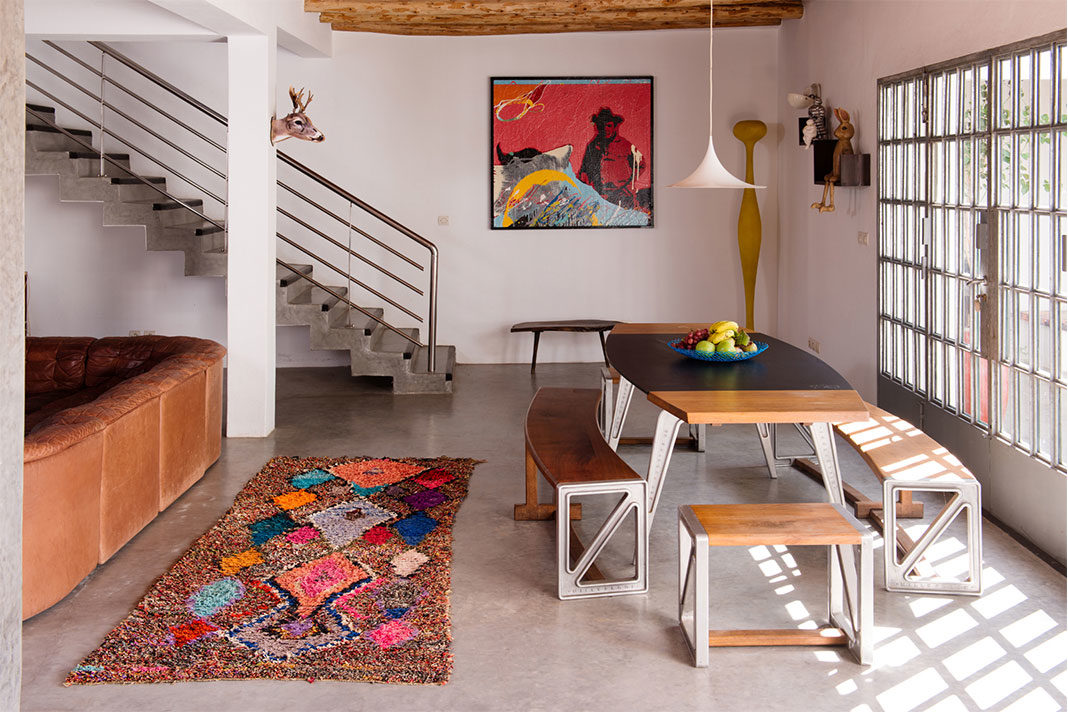 Emma Wilson’s eye for Moroccan rugs makes her one of the best dealers in London. Absolutely meets her

When Emma Wilson first went to Morocco 18 years ago, she wasn’t expecting to live there. Nor was she expecting to start a business. But fast forward to 2017 and she has two thriving businesses between London and Essaouira. She’s known in both places as an expert in her field. Her speciality? Rugs. The kind that people buy in the souks, though hers are the most beautiful and rare of all.

Berber rugs are everywhere at the moment. They have been heavily in demand for the last five years at least. And while everybody wants to return from a trip to Morocco with a rug, buying one can be a fraught process. Is it actually what it says it is? How can we be sure of quality? And how do we know what we should be paying?

These issues are Wilson’s pet subjects. “Most rugs I choose are from the 70s or 80s, or even the 60s,” she says. “It’s my taste. But they work with the way we live, with our open plan spaces and our stone or wooden floors. And it’s quite grey here, so a splash of colour looks fantastic. Designers like Alvaro Aalto and Verner Panton bought Moroccan rugs in the 1950s because they worked well with the furniture. But then they went out of fashion.” 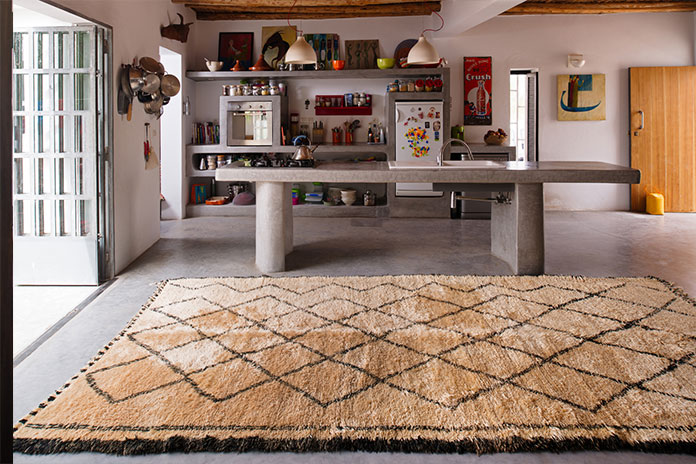 Wilson bought a house in Essouira and renovated it. She returned more and more often until she was actually living there. She set up Castles in the Sand, a holiday house rental company. Her innate sense of style and eye for space meant her house was featured in international magazines. Furthermore her guests sought her advice on rug-buying. “I met this guy Mustafa who had been working with rugs since he was 12 and I learnt a lot from him. Then I realised I was taking people to buy from him and I wasn’t getting anything out of it. So my friend Tamsin and I thought we should do something, and before we knew it, we were.”

They set up Beldi Rugs and for Wilson, it’s a passion. Her enthusiasm for rugs is visible, and she’s very protective over them. “I want them to go to a good home. It’s not about money. Someone once asked if they could cut a rug to make it square and I said no – if you’re going to cut it, you can’t have it.” 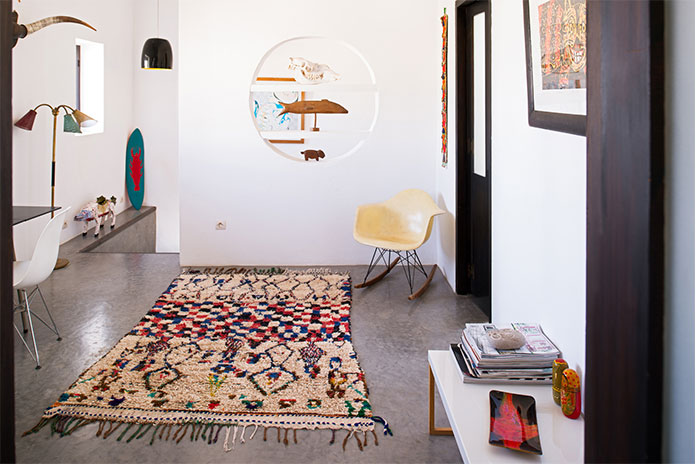 Her most popular rugs are Beni Ourains; big, heavy pieces made of 100% sheeps’ wool and natural dyes. They were traditionally made on home-made looms by women in their spare time. They used to keep families warm in unheated houses with concrete floors.

The rugs are one-off, personal pieces. Each one is unique with its trademark diamond pattern, also slightly imperfect. Often they have dates woven into the fabric. These rugs are are robust and designed to last a lifetime. “They would take a year to make, working every day in your spare time as a woman. Then you’d make your mark in the pattern.” Wilson has one in her studio that’s 50 years old and she refers to it as a piece of art. “Imagine the work in that!” she says, admiring its substantial weight. 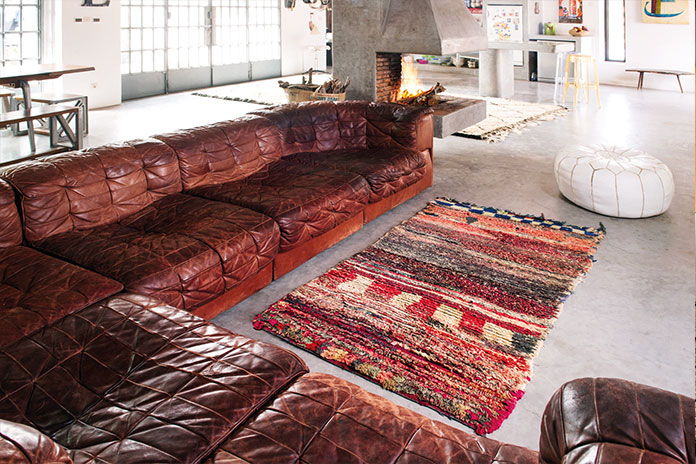 Beni Ourains are still made, but commercially. So new ones are more uniform and not as characterful as those made on hand looms in the 1970s. They’re also thinner, whiter and less lush. “I don’t sell all kinds of rugs. Only ones that I personally like, and I trust my taste,” she says. “I won’t buy anything I won’t live with.” Her beautiful house, pictured here, is evidence of her impeccable taste.

Azilal rugs are becoming increasingly difficult to find because of their huge popularity. They are slightly thinner than Beni Ourains and with more colour. “You often find people saying rugs are Azilals when they’re not, and I’m obsessed with giving people the right information,” says Wilson. Different designs and colours come from different tribes and areas in the Atlas mountains. She’s able to identify most pieces reliably.

Buying a rug from Beldi is a personal experience. You can visit her London studio and she’ll let you take a rug home and try it out before you commit. Several companies have tried to recruit her as their buyer. But she’d rather stay independent, and it’s easy to see why.