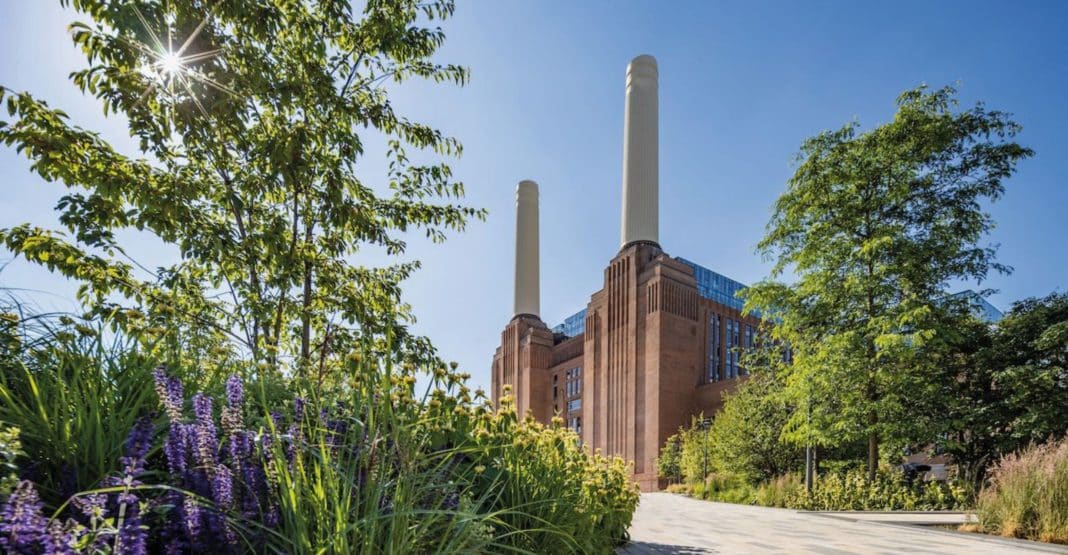 After almost 30 years of inactivity, Battersea Power Station is reopening as a new riverside destination. Absolutely meets David Hills, the conservation architect behind the scheme.

For as long as anybody can remember, Battersea Power Station has been an empty shell blighted by constant developer wrangling and aborted ambitions. The iconic Art Deco building with its four distinctive towers is a London landmark, dominating the skyline along its stretch of the river and represented in art and culture as a symbol of our city, yet it’s had a hard time finding an identity since it stopped generating electricity in 1983. Until now, that is.

This October sees the opening of an entirely new life for the power station, reborn as a neighbourhood with its own tube station, a place described by its developers as “a creative hub, a destination with zones for living, working and entertaining” – in other words, 254 new flats, a shopping centre, office space for 5000 people, a riverside open space, a cinema, an event space and more. All of this has of course taken about a decade in planning, architects and building, all of which is not new to the Grade II* listed building that has in fact been some form of a building site for much of its existence.

Conservation architect David Hills has been involved with the project since 2013. When Hills first went inside, there wasn’t much left of the building. He had a responsibility to retain the maximum amount of remaining fabric, though works in the late 1980s had taken off the roof and a big section of the wall, so there was a lot of reconstruction to be done. “It came very close to biting the dust.

There was a sense that there was hardly anything left of it and some people thought it would be best to knock it down and start again.” Over the course of the project, much of the structure was rebuilt, including the chimneys. “It’s been a very expensive and complex job,” he says, and it’s the backing of a wealthy Malaysian consortium that has enabled it to be finished.

As one of the world’s largest brick buildings, bricks were clearly going to be a starting point for repairs. Finding the right brick was quite a task, as the power station held no records of the original build and Hills’ only source was a contemporary newspaper article from 1935 with a mention of ‘straw-coloured Blockley bricks from Worcestershire’.

He found that there was still a company called Blockley, but it was in Telford, not Worcestershire – and the samples they sent didn’t match at all. Hills contacted all the UK’s major brick manufacturers and called in samples from all over the country, but none matched, and nobody was able to make the original sizes either.

Eventually, some creative thinking saved the day. Hills says: “We thought – what if there’s a place called Blockley? And there was, but it was in Gloucestershire, not Worcestershire. But then a bit more research showed that the county boundaries had changed, so we cast around and found a company that made bricks. I called them, saying I was calling about Battersea Power Station and as I was spelling Battersea I heard another person in the background saying ‘oh we did the original bricks for that.”

That was the eureka moment. The company that made the original bricks in the early 1930s, Northcot Bricks, still existed and was still making bricks and they were able to make the bespoke sizes. Hills and his team put in an order for 1.2 million bricks, all of which were handmade in exactly the same way they had been 80 years earlier.

The finished structure now has lifts in the chimneys leading to the impressive penthouse apartments at the top, which have roof gardens commanding views of the river and beyond, while one of the towers houses a lift with a viewing platform at the top, which is set to open as a ticketed visitor attraction. Anyone visiting should take a moment to appreciate not only the beauty of the building, but the seamless fusing of old and new brick.