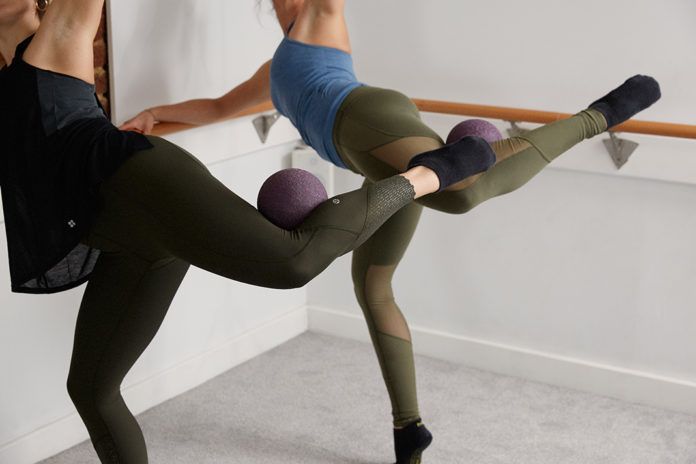 We’re three weeks into a month of Barrecore and really starting to notice some changes. Here’s how we’re getting on…

Three weeks in and I am fully on-board with the barre. I’ll be honest, having constructed a fitness foundation entirely on HIIT, boxing, Barry’s Bootcamp – basically anything that makes you sweat, and I mean really sweat – I was sceptical about what this low-impact routine could actually do for me. Even the weights look piddly in comparison to the ones I was used to. That’s not to say I’m a heavy lifter, 10kg at the absolute most on each arm. But this is two or three times the offering at Barrecore. The thing that gets you though, are the repetitions. And those pulses. They sculpt like you wouldn’t believe and three weeks in, I can see they’ve started to work their magic. I felt pretty in-tune with my body and its various muscle groups but it turns out, there are loads I was ignoring. What Barrecore classes have really taught me is how to switch on these muscles, the ones I didn’t even know I had. But not just turn them on, really control them. Each slight of movement, pulse and flex requires a fine-tuned accuracy that gets easier as the weeks progress. I notice that I am lasting longer in the holds, though the shakes don’t go away. According to Barrecore, the shakes are to be embraced.

Along with a stronger mind-body connection, the biggest change I’m noticing is my core strength. Planking has never really been an issue, but side planking? I could barely last 10 seconds. That’s before you add dips into the equation. This is something I struggled with in the first few Barrecore workouts but somehow – I’m not even sure at which point it happened – something stuck and I can now last the entirety of a planking set in class. I look forward to seeing the effect this has on my gym routine when I get back to it.

Missed week two? Read it here, and try it for yourself at barrecore.co.uk