Looking for a new watering hole in London? Have your finger on the pulse with the best new bar openings in the capital

Following a multi-million pound restoration project, the new club has opened two doors down from its original site, in a 18th Century Georgian Townhouse at 46 Berkeley Square. For the first time, Annabel’s is offering an all-day and all-night experience. The club includes four restaurants, seven bars, two private dining rooms and a cigar salon, spread across four spacious floors each representing a different garden. But fans of the old Annabel’s need not worry, this latest incarnation is brimming with the decadent essence and abundant energy of the original. 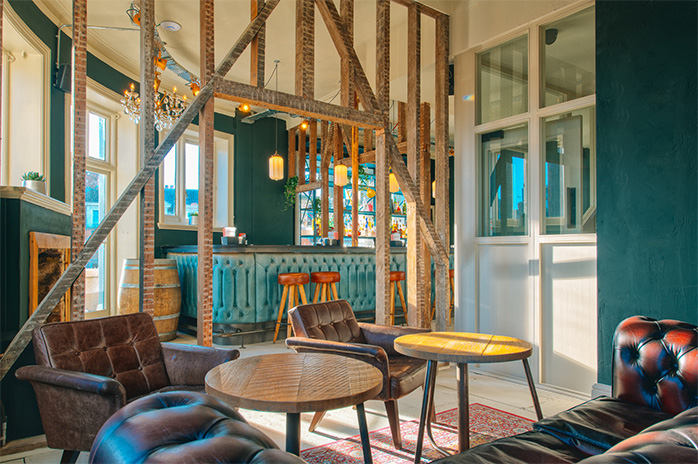 Join the Putney Revolution! Situated on the corner of the Upper Richmond Road and Putney High Street, Revolution Cocktails and Kitchen has raised the bar to bring you the finest cocktails, delicious food and unforgettable fun. Housed in a former grand Victorian hotel, Revolution is spread across two levels with a main bar on the ground floor, serving its signature cocktails and extensive range of vodkas. Venture upstairs to find a fabulous roof terrace that provides the perfect al fresco hotspot for moonlit cocktails. 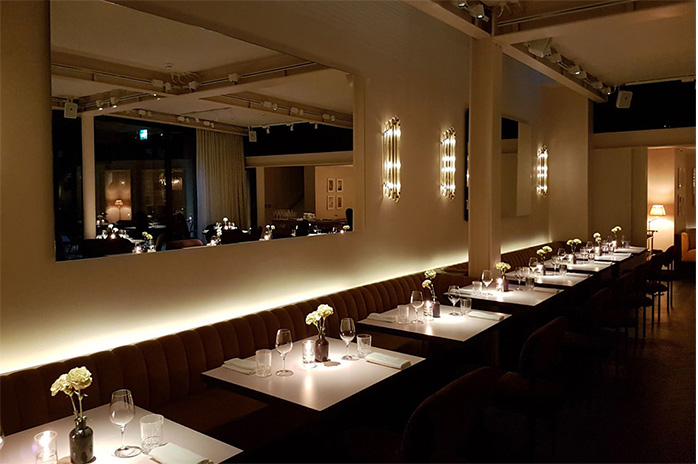 The bar at Serge et le Phoque provides an intimate and sophisticated drinking den. With a wine list curated by ex-Clove Club sommelier Bert Blaize that focuses on wines and champagnes from smaller producers who specialise in natural methodology. The Serge Bar serves a short list of apertifs and digestifs as well as 20 different wines served by the glass.

The Donovan Bar at Brown’s Hotel 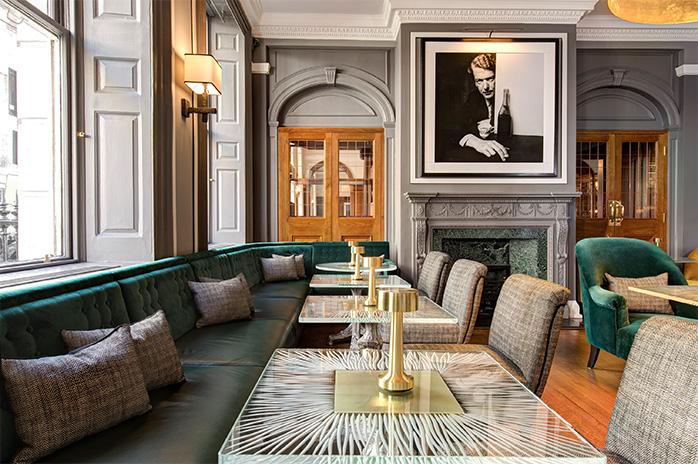 The Donovan Bar has long been known as one of the most intimate and sophisticated drinking dens in the city, playing host to gatherings of the most glamorous faces of Mayfair’s elite fashion and art scene. This iconic Mayfair institution has now officially reopened following a complete re-design by Olga Polizzi and Inge Moore. Experience the new exclusive drinks menu – with maestro Salvatore Calabrese creating 16 cocktails split into high, low contrast and exposure. 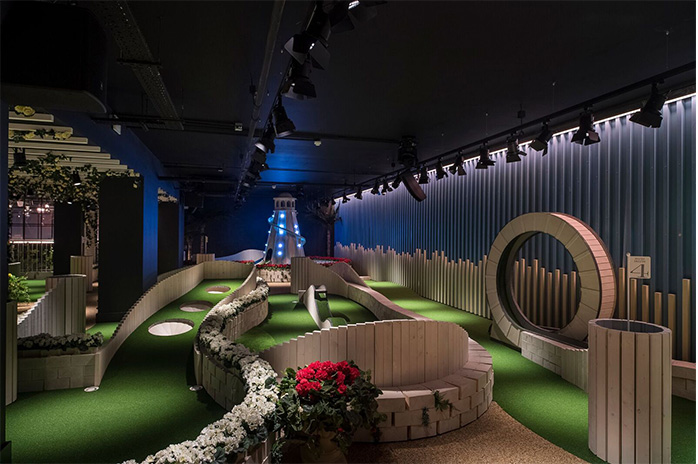 Swingers’ new West End venue takes crazy golf back to its seaside roots in a venue that reimagines the faded glamour of the 1920s English Riviera. Between rounds you can kick back and sit down thanks to the fact that each course comes with its own themed bar: there’s The Grand Hotel Bar which is essentially a freestanding building-within-a-building where you’ll find an island bar overflowing with leafy palms and the retro Bandstand Bar complete with a gorgeous canopy and festoon lighting. 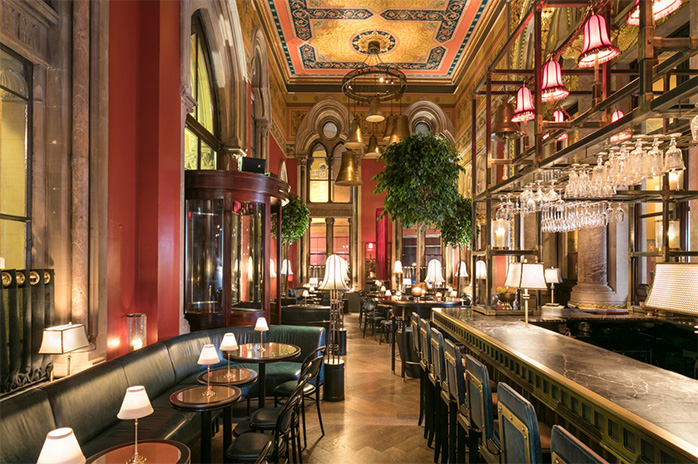 Marcus Wareing has re-established one of London’s iconic bars to create an intimate and glamorous drinking spot. The well thought out drinks list with help from bar manager Dav Eames sees each cocktail inspired by unique flavour combinations. We’ll be trying the rhubarb gimlet and the pineapple and sage caipirinha. Come here to experience world-class cocktails within one of London’s most iconic 19th century surroundings. 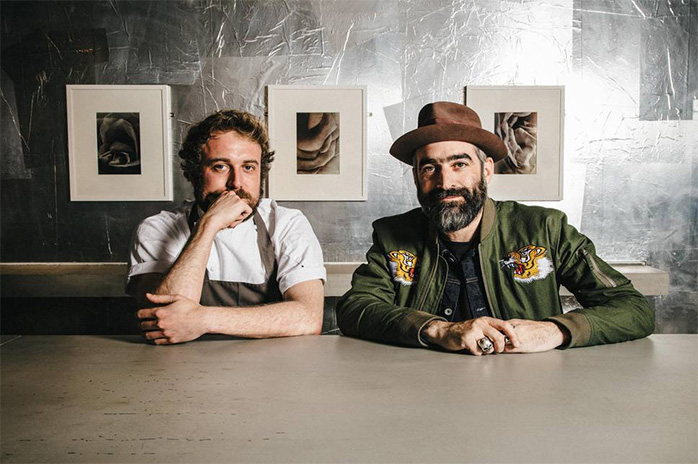 Mixologist and bar owner, Tony Conigliaro, and chef Rob Roy Cameron have announced that they have secured a location for a joint venture called Gazelle which is set to open in Mayfair this May. Situated on Albemarle Street and located inside a 1820s Georgian building, this is their first joint venture where food will get equal billing along with the drinks. Don’t miss out on a chance to experience this cocktail and culinary dream team! 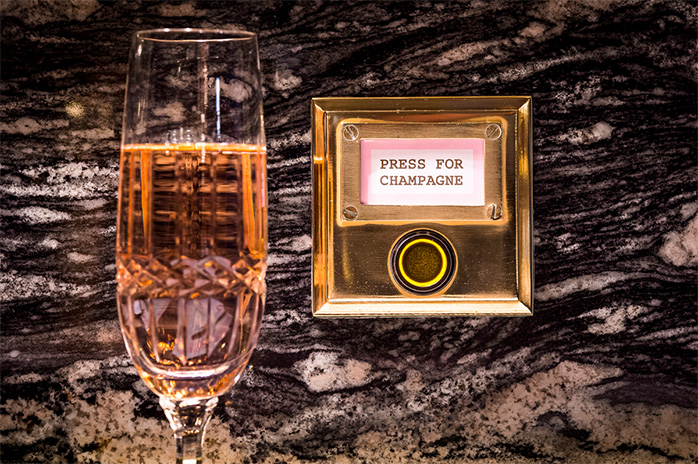 One of the most glamorous of the new bar openings, Bob Bob Ricard is branching out with a second site in May, and in the heart of the City no less. Taking up residence on the eighth floor of the Cheesegrater, Bob Bob Cite will be making this site even more luxurious whilst keeping Bob Bob Ricard’s winning features: Press for Champagne buttons will be returning and as well as the glamorous booth dining tables.