Home What's On Australia’s Impressionists at the National Gallery 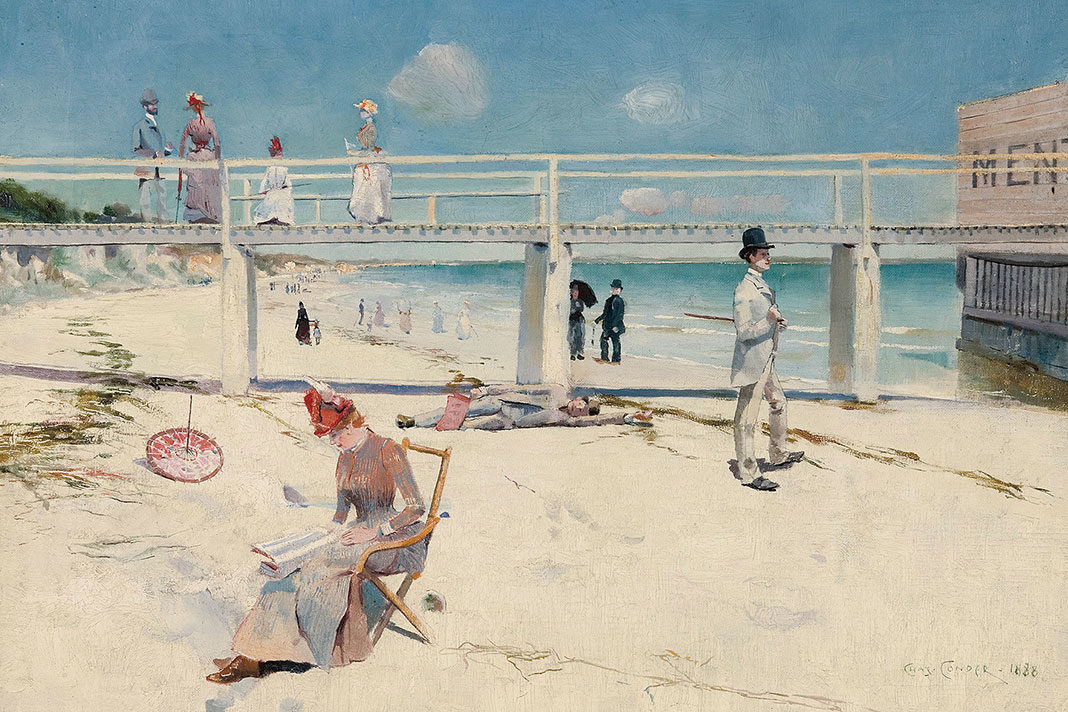 Practically everyone is au fait with Impressionism. Claude Monet’s waterlilies are instantly recognisable, even to those without the remotest interest in art. Characterised by small brushstrokes and an abundance of light, Impressionism made significant strides forward artistically and remains universally popular today.

Most strongly associated with the French, Impressionism is arguably the most influential of their many important contributions to art history. However the movement was observed by contemporaries outside of France and served as both inspiration and stimulus for the creation of similar canvases. Australia, for example, with its vast open landscape, glaring light, and saturated colour was perfectly suited to this plein air (open, outdoor) painting and several artists began working there in the Impressionist style. The National Gallery’s latest exhibition brings these paintings to newfound awareness.

This is not a large show by any means, just 40 or so paintings displayed across two rooms. The focus is on four Australian artists who worked mainly in the late 19th century: Arthur Streeton, Charles Conder, Tom Roberts, and John Russell. All adapted Impressionism in order to capture the majesty of their native landscape.

Streeton, Conder, and Roberts spent much of their time together as friends, with Roberts acting as a tutor of sorts, and they are often now considered a small movement of their own. Having moved to Europe, Russell played a more distant role, informing the others of new artistic ideas emerging on the continent.

Several paintings stand out. A Breakaway! by Roberts is a particularly enthralling work, depicting a jackaroo (ranch-hand) on horseback attempting to control a flock of sheep. Though it is perhaps more energetic than Impressionism usually is, its rustic charisma is hard to look away from. Streeton’s The purple noon’s transparent might, named from a Percy Bysshe Shelley poem, celebrates the sun-drenched Hawkesbury River and Blue Mountains beyond. Photos don’t begin to do it justice.

What an enchanting premise that arid Australian landscape should be painted in the French avant-garde. Holding this uplifting exhibition in bleak mid-winter was a stroke of genius by the NG. Go, and remind yourself sunshine is just around the corner.

Australia’s Impressionists runs at The National Gallery until the 26th March.