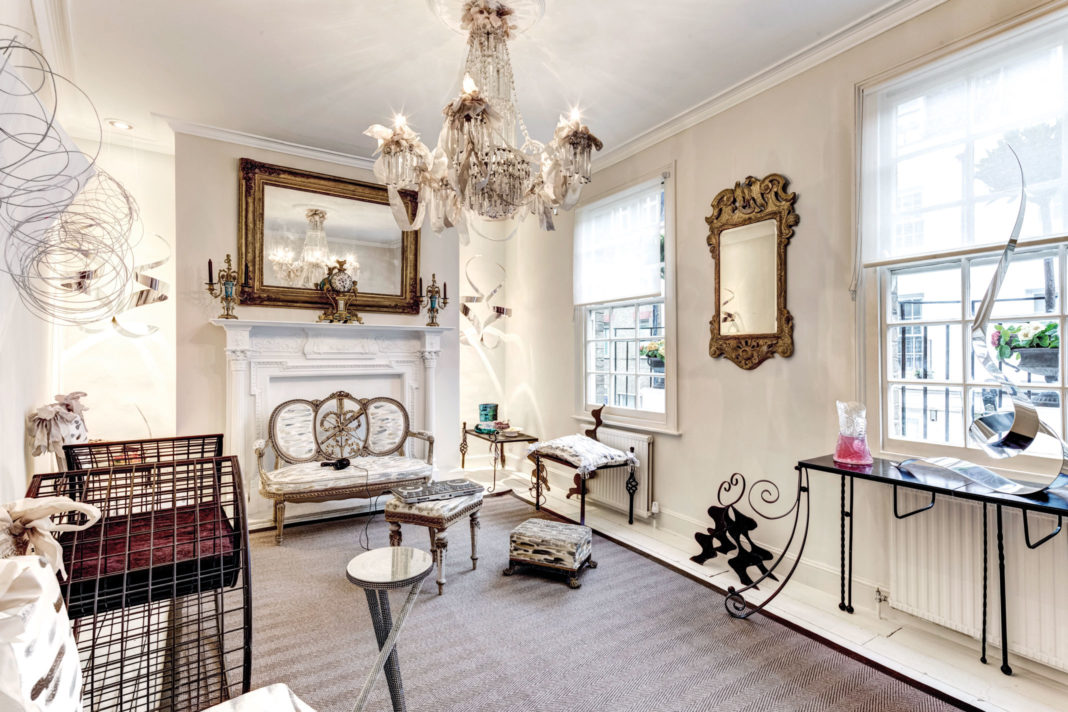 Most 12 year-old boys aren’t so much interested in their mother’s fashion choices. Hardly any of them would make clothes for their mothers to wear, and even fewer would make wearable ones. But milliner extraordinaire David Shilling’s career kicked off when at the tender age of 12, in 1966, he made a hat for his mother to wear at Ascot – and not only did she wear it, but she asked for another one the following year and continued to sport her son’s increasingly flamboyant creations for the next three decades.

It is now 40 years since David Shilling opened his hat shop on the then sleepy Marylebone High Street and his extravagant and ground-breaking designs made him the godfather of modern millinery. The shop was a conversion of two Georgian houses, which also provided a substantial apartment above, on three floors and with 13 rooms.

He was able to hold the first ground-breaking annual shows of his hats in this spacious accommodation, before his growing success forced him into larger spaces such as The Ritz, Claridge’s and The Dorchester. Shilling’s Marylebone hat shop was enormously successful during the 1970s but with demand for hats – especially outrageous ones – declining since the 1980s, he shifted his skills to sculpture, creating steel pieces not entirely unlike his hats.

Now he is an established fine artist; his house in Marylebone’s Homer Street reveals his extravagant tastes and grand style in the interior and layout. The house is decorated with a magical mix of contemporary flair and a nod to its origins – the Georgian terrace was first constructed as a home for a family fleeing the French Revolution, so for such a modest-sized house its proportions are quite grandiose with generous ceiling heights and large entertaining spaces.

For many years, Shilling’s main residence has been in Monaco and now he is selling the London house. He says: “Even after 15 years of living in Monaco people still say to me they expect I will come back to live in London one day. While I love how the house is presently, a great blend of contemporary design with a hint of its origins – and I have even managed to incorporate a covered smoking area – moving back to London isn’t going to happen.”

Rosy Khalastchy of Beauchamp Estates, which is marketing the house, says: “Homer Street is presented in a spectacular style, thanks to the design and artistic talents of milliner David Shilling and would make a super London home, complete with entertaining space and a rooftop terrace that affords stunning views across the London skyline.”

This house is on the market at £1.95m with beauchamp.com

How to Invest in Fine Art