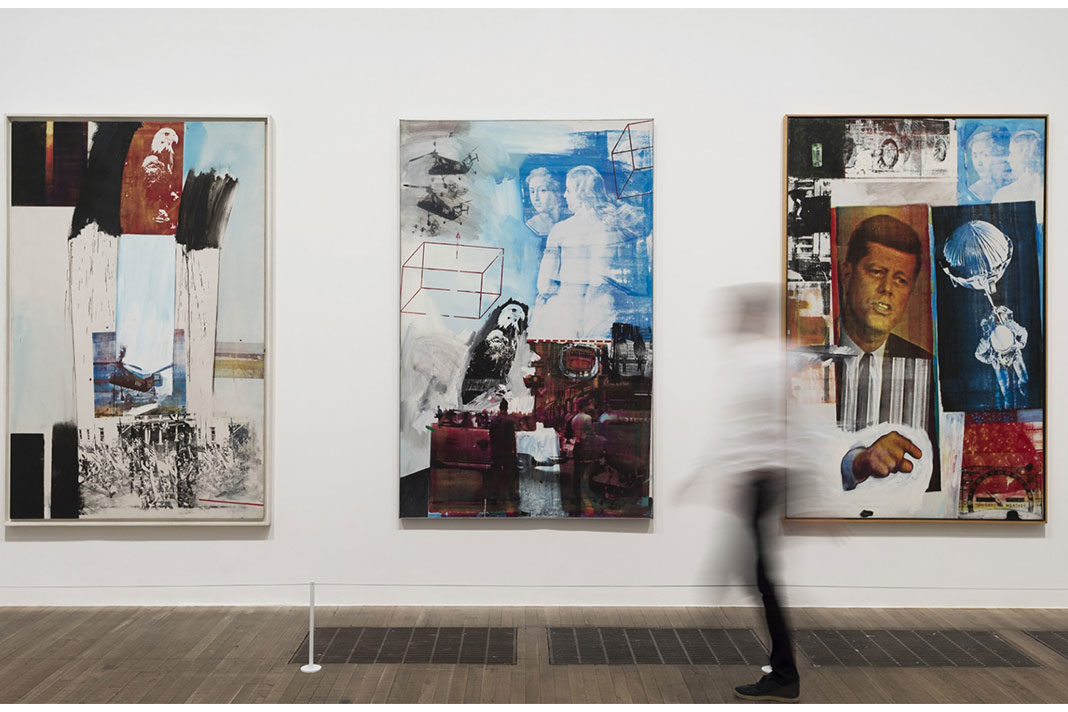 The latest art events and offerings from the Capital

From blockbuster retrospectives of modern masters to the first steps of fledgling graduates, 2017 has brought its artistic A-game. Here’s our pick of the best to visit over the coming months. 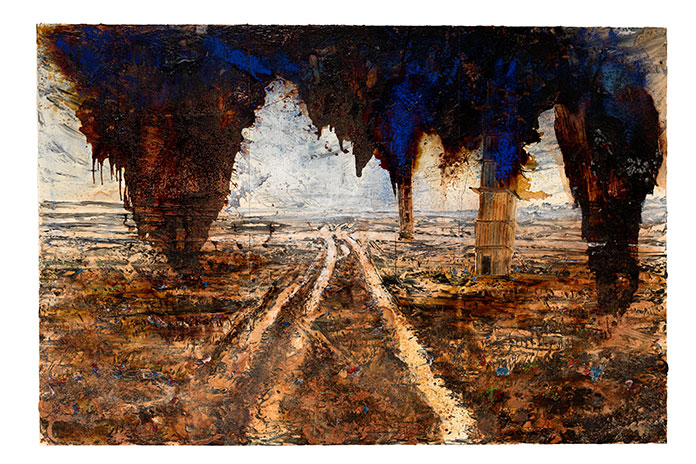 In Norse mythology, Walhalla refers to the spiritual land of fallen warriors. Anselm Kiefer, creator of art’s gloomiest imagery, has used this as the inspiration for his latest exhibition at White Cube. This subject is a perfect point from which to comment on themes of creation and destruction, ideal for an artist whose career has been spent exploring history, landscape, mythology, and politics.

The exhibition includes sculpture, but most impressive are the paintings. Charged with heavy emotion, they’re almost overwhelming to stand in front of. Kiefer at once creates dazzlingly beautiful worlds before savagely destroying them. Ruined empires and burnt civilisations create an uneasiness that permeates these confrontational works. Walhalla, while not at all festive, is an undeniably magnificent show.

Ed Saye: No Promised Land at The Foundry Gallery 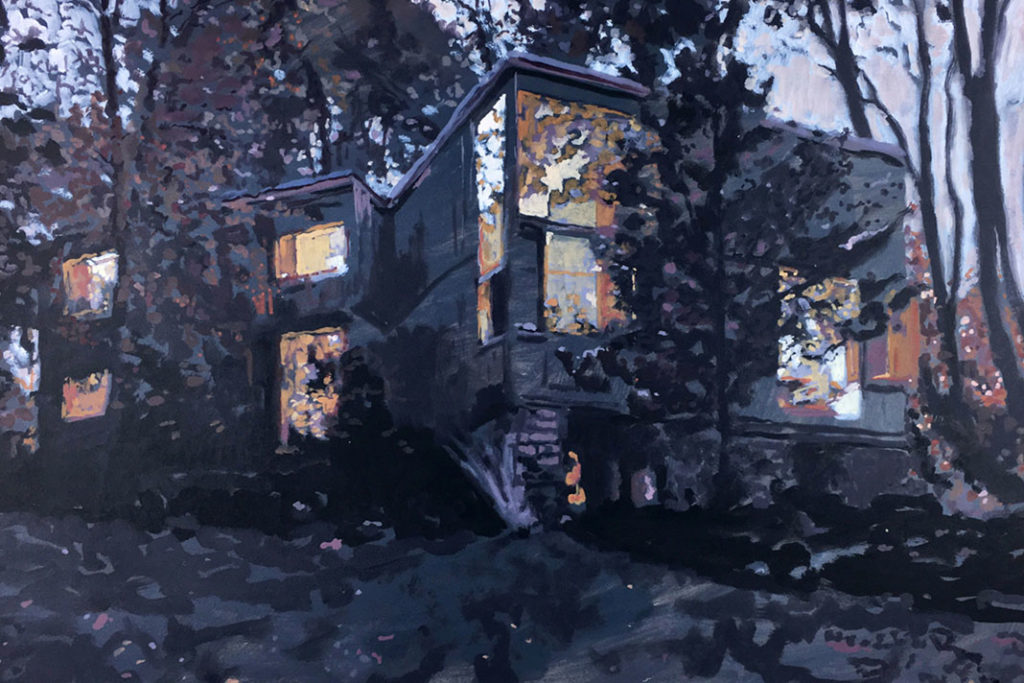 Another show with somewhat dystopian tendencies, No Promised Land is the new solo show from Slade graduate Ed Saye. The exhibition’s subject matter was developed from found photographs, providing a basis from which the artist settled on a theme of crumbling paradise. Sleek modernist architecture and the idyllic communities of mid-century hippies are explored, with Saye using his haunting, painterly style to depict forlorn visions of abandoned utopia. A gorgeous and tempting exhibition of works, from this talented (and currently affordable) young artist.

No Promised Land at The Foundry Gallery runs until 12th January 2017.

Gavin Turk: Who What When Where How & Why at Newport Street Gallery

One of the bad boys of 90s Britart, Gavin Turk has enjoyed a purposefully controversial career. That career is being examined in a new retrospective curated by none other than Damien Hirst – a fellow member of the era defining Young British Artists. Held at Hirst’s new gallery space in Lambeth, Who What When Where How & Why features several of Turk’s most famous works: rubbish bags, his Hello! magazine cover, an empty studio space, and even a large skip. While some have labelled Turk’s work as gimmickry, this is too simplistic a dismissal. He asks interesting questions about authorship, and his entire career has explored the notion of what legitimises value in art. An exhibition to challenge yourself with.

Who What When Where How & Why at Newport Street Gallery runs until 19th March 2017. Admission free.

This is the first retrospective of Robert Rauschenberg’s work in the UK for 35 years, and the most complete exhibition of the artist’s works since his death a few years ago. Rauschenberg is one of the greatest artists to come out of America from the 20th century; a forerunner of Pop Art and central figure of Neo-Dadaism who challenged art convention by blurring the lines between painting and sculpture. All six decades of the artist’s working life are displayed, with many works that are rarely ever seen in public. An important event in modern art, chronicling the life of an artist whose legacy remains influential to the present day.

One of the most famous architects of all time, Zaha Hadid will no doubt inspire women for generations to come. Her passing in March was a sad loss for the design community, of which she was still an active and relevant member. The proud feminist made it to the highest echelons of a profession that in her early days was strongly male dominated, eventually receiving some of the world’s most exciting architectural commissions. The Serpentine Gallery – which she designed a wing of – is holding an exhibition in her honour, celebrating her less frequently displayed works on paper. A rare glance at the impressive draughtsman skills of a design icon.

Sir Elton John owns one of the world’s most important collections of early-to-mid-20th century photography, and it’s about to be shown in public for the very first time. John’s cluster of modernist gems features a significant group of photographs by Man Ray, including portraits of Picasso, Matisse, and Breton gathered over the past 25 years. Works by Brassai, Dorothea Lange, Edward Weston, and Aleksandr Rodchenko also feature, alongside many others. Not only is Tate presenting a rare opportunity to view art by pioneers of modern photography, but also a peek into the artistic sensibilities of one of Britain’s greatest pop icons.

Bloomberg New Contemporaries 2016 at the ICA 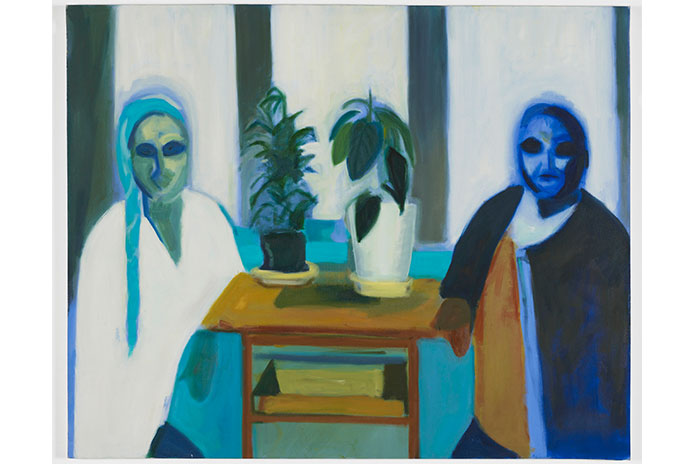 Returning to the ICA for another year, Bloomberg New Contemporaries aims to show a cross section of how young artists are working today. Works are drawn from recent art school graduates, most of whom have not had this kind of exposure before. The ICA’s expert curation helps the artists show their best face to the world, and the energy these graduates clearly have is stimulating. While an exhibition exclusively of new graduates will probably always lack the finesse of a recognised public collection, there are gems to be seen here. You never know, these could be the Kiefers and Rauschenbergs of the future.

Bloomberg New Contemporaries 2016 at the ICA runs until 22nd January, entry with day membership from £1.