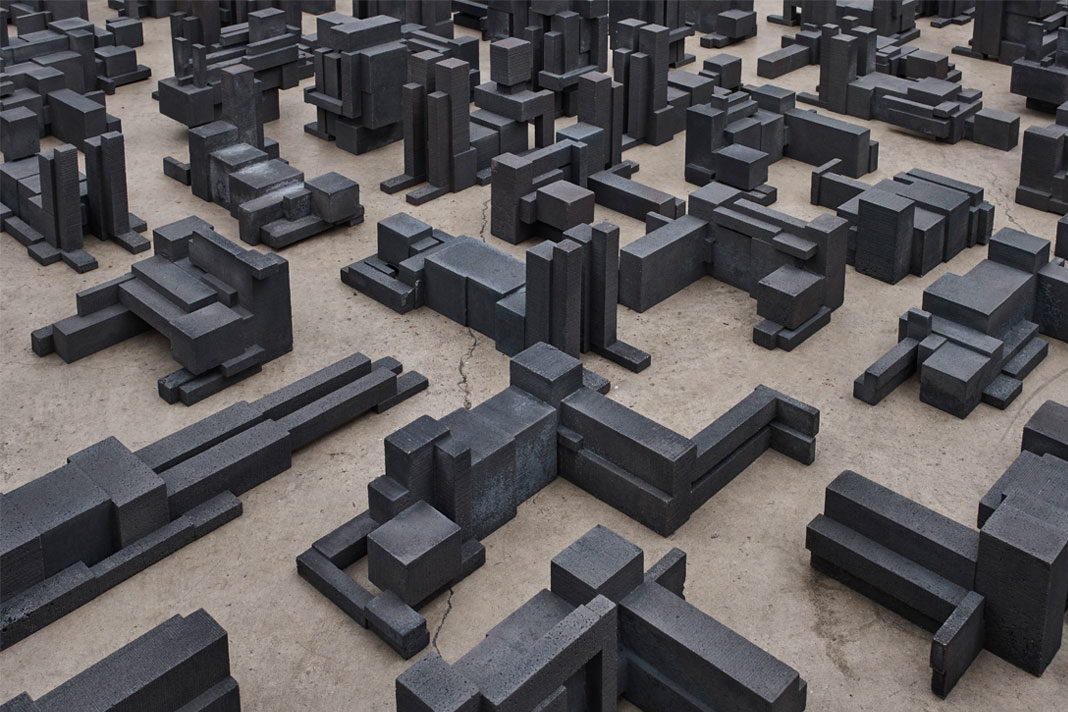 When I was taken as a small child to see Antony Gormley’s Sound II, quarter submerged by water in the crypt of Winchester Cathedral, the term “contemporary sculptor” meant little to me. What I did know, was that I was standing in front of something special. Critics have described his compositions as haunting, and it is certainly imagery that stays with you; I’ve not since forgotten that visit to the flooded crypt. 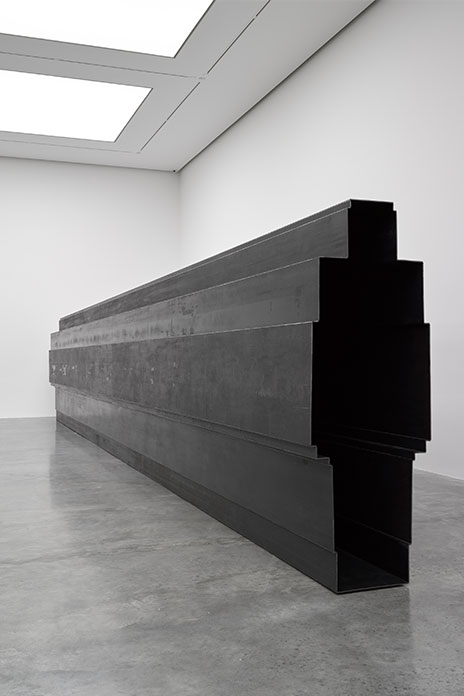 Gormley has received some of the country’s most exciting public art commissions: from the Angel of the North to Another Place (a series of metal statues that brought interest to an otherwise boring stretch of Merseyside coast), his work has become an integral part of British art. Fit, his latest exhibition at White Cube Bermondsey, further demonstrates an enduring interest in the human form and the environment it exists within.

The South Galleries at White Cube have been divided into 15 sections, to create what the artist hopes will be perceived as a labyrinthine chamber complex that places the audience amongst the works rather than in front of them. Each of these “chambers” contain steel, iron, and concrete sculptures with a distinctly urban feel. Familiar Gormley imagery can be found throughout in various depictions of the body rendered in industrial material.

Several hundred small iron sculptures make up the show’s pièce de résistance, Sleeping Field, an installation commenting on “corporate expansion” that at first appears as a desolate cityscape, but on closer inspection is revealed to be countless abstracted human bodies at rest. The show’s interactive work, Passage, is a 12 metre long tunnel in the shape of a standing human profile that the audience is invited to enter, plunging them into a disorientating darkness.

Some sculptures are of better quality than others; a large metal block was not immediately understood or appreciated by the audience, but overall Fit is another poetic and thoughtful body of work ably presented by the artist and gallery.

29 Things You Should Do if You’re Single in London this...

9 Places to Drink, Dine & Dance Under One Roof

The Body Shape Calculator Will Make All Your Clothes Look Incredible

Top 10 Brunch Spots in and around Chiswick

Fit at White Cube Bermondsey runs from the 30th September to the 6th November 2016
whitecube.com