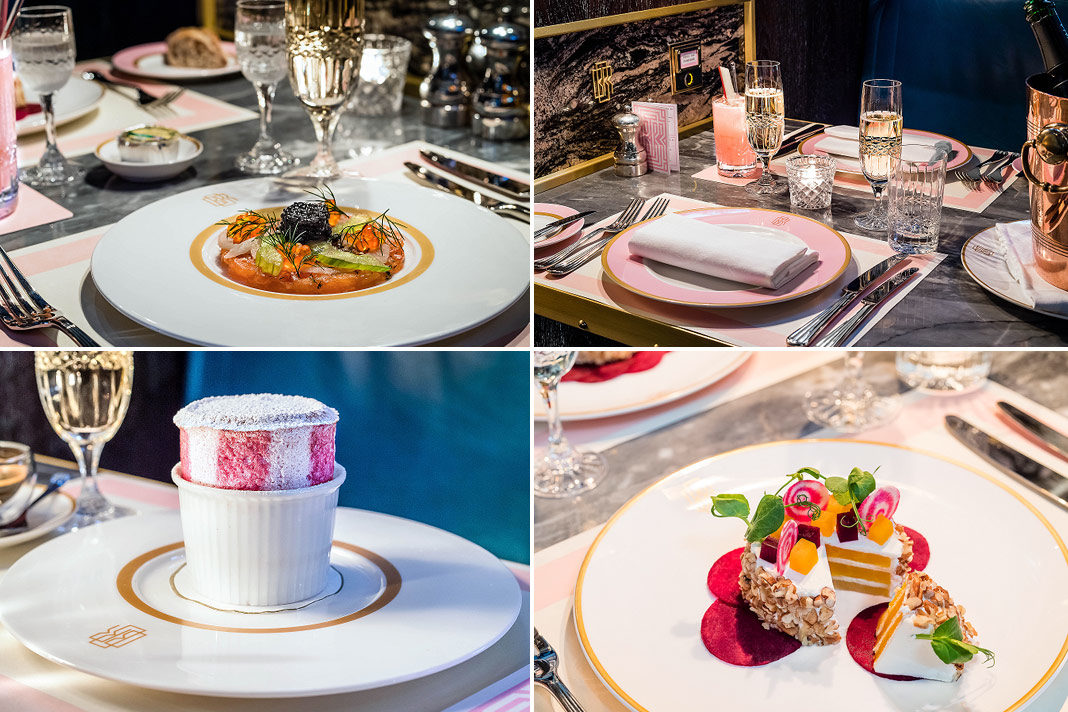 Bob Bob Ricard has always had a palpable sense of energy and fun, and Anna Haugh’s delectable new menu is just the excuse we need to go back…

The chef
Anna Haugh has worked in an array of top kitchen, picking up skills and techniques from some of the world’s greatest Michelin-starred cooks. She opened Gordon Ramsay’s London House bringing it three AA Rosettes in just a short amount of time.

The atmosphere
Since Bob Bob Ricard opened its doors in late 2008, the Soho favourite has become known around the world for its exuberant style. Eccentric design, joyful, meticulous service and, of course, those ‘Press For Champagne’ buttons, have always been a guarantee, but now a new menu will ensure Leonid Shutov’s restaurant is as much recognised for its food as for its ambience. 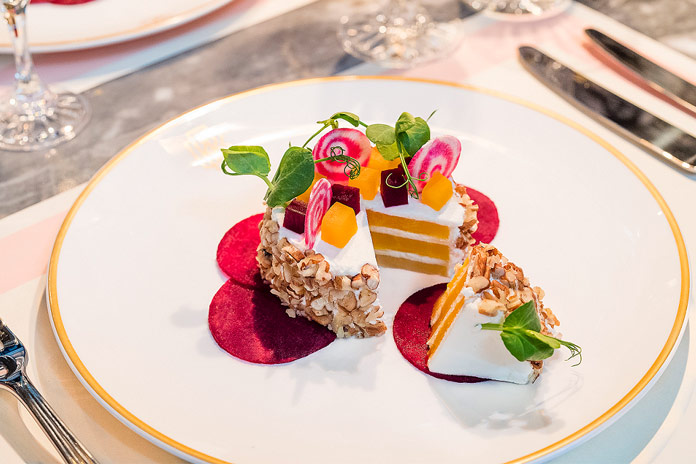 The Food
Under the helm of executive chef Anna Haugh, one of London’s most distinctive menus has been skillfully finessed, but still delivers a hefty dose of fun. For example, the starter of beetroot and goat’s cheese has become a playful little gateau, a layered miniature cake of golden beets and curd, topped with pecans. Chicken Kiev pokes gentle fun at a childhood memory while the Crispy Pork Belly towers over the plate in all its pyramid-like glory.

But some things remain constant: Anna loved the granddaddy of the menu, Beef Wellington, believing that the only fine-tuning needed was the sourcing of a rich-flavoured, marbled fillet from her native Ireland.

Menu highlights
We tried the lobster dumplings – moreish morsels of rich lobster and sauce – and a light, zingy crab salad with avocado to start, followed by a melt-in-the-mouth Chateaubriand with truffle sauce and truffle mash and sole with lobster sauce. Utterly rich and decadent, we loved that the portions were just the right size so you didn’t feel overly stuffed. To finish we both opted for the strawberries and cream souffle – fruity and light – it was polished off in a matter of seconds. 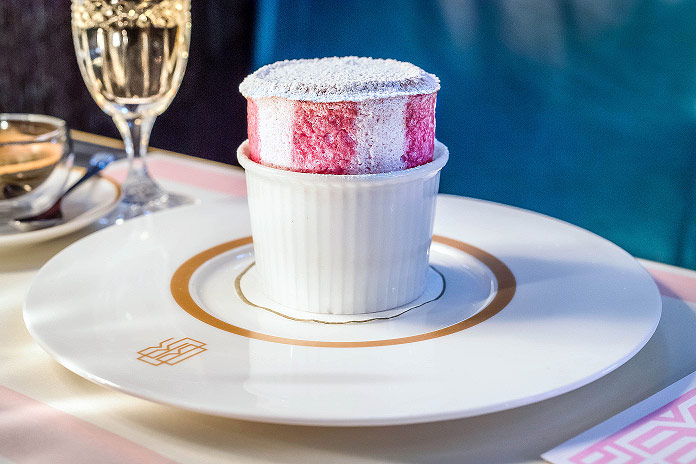 Don’t miss
The pink rhubarb gin & tonic to get your meal started on the right foot.

The verdict
This new menu will please Bob Bob regulars and die hard foodies alike. And with such epic surroundings – including baby pink crockery and art deco style booths – it’s an Instagrammer’s dream too.