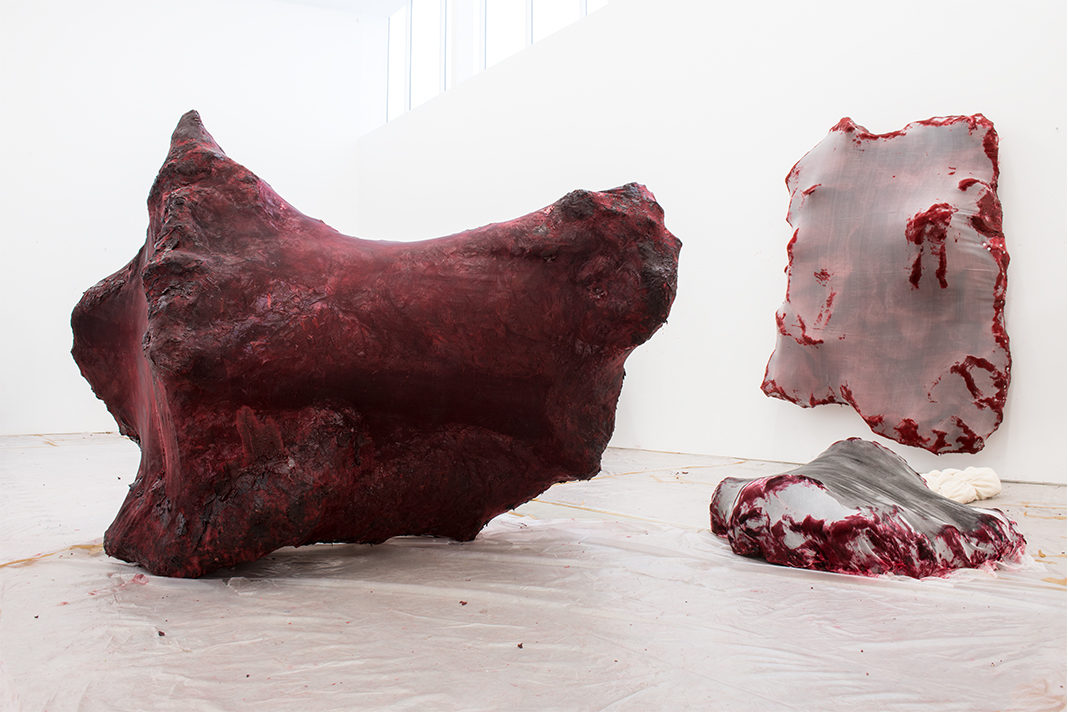 Art world super star Anish Kapoor takes a step toward the macabre in his sixteenth show with Lisson Gallery.

There are a bunch of knights roaming around the British Isles fighting not for dominion over neighbouring territories, but rather to keep our nation at the forefront of contemporary sculpture. I’m being quite serious. Okay, they don’t wear shining armour. Nor are white horses their primary mode of transport. But, they have indeed been recognised by Her Majesty for their contributions to British cultural legacy and identity.

I’m talking about Sir Antony Gormley, Sir Tony Cragg, and of course, Sir Anish Kapoor. These three artists have enjoyed immensely successful careers spanning multiple decades. From high profile exhibitions to international public art, their practise defined late 20th century British sculpture. Their relevance shows little sign of slowing down. Two of them are represented by Marylebone institution, Lisson Gallery. This year marks Lisson’s 50th anniversary, and in that time they have courted some of the most prominent names in contemporary art. Little wonder really, the exhibitions they coordinate are so often immaculate. This is the sixteenth time Kapoor has displayed with the gallery, and his work is heading in a few different directions.

Unusually we’re seeing a lot of paintings, which in fact outnumber the sculptures on show. Kapoor has said in the past that he is “a painter who is a sculptor”, perhaps this show marks a welcome embracing of the 2D medium. The works retain much of the artist’s trademark organic feel, but they’re grittier, darker, and more foreboding than is typical of Kapoor.

The exhibition starts with an eerie, alien-like, blood red, silicon form. Bound up in dark red gauze, it’s not a happy sculpture. Something about it makes me think of pain, writhing flesh even.

Next is a familiar crowd pleaser: one of Kapoor’s round convex mirrors, this one split down the middle with one half painted red. It helps ease us into more of the challenging silicon works. Three are displayed in total, each larger and more menacing than the last. A second mirrored sculpture is painted entirely with red lacquer. Its title “It gleamed like blood” continues the exhibition’s dark themes.

Throughout are a number of gouache paintings on paper. They are abstract and gestural. Lashes of paint and quick strokes creating a sense of movement and aggression. A group of them titled “She Begins” appear to rupture red paint.

Others called “Luna” are softer, but they nearly all suggest blood. Upstairs the exhibition only features these new paintings. Sculptures purposefully excluded, probably so as not to distract the eye.

Considering the relatively small size of this exhibition, it leaves quite an impression. Kapoor is probably most famous for easily accessible and widely loved sculptures such as “Cloud Gate” in Chicago – that’s the one that looks like a giant silver kidney bean. These works are decidedly more difficult to get to grips with, and also to love. The pay off if you do tackle them, probably all the richer.