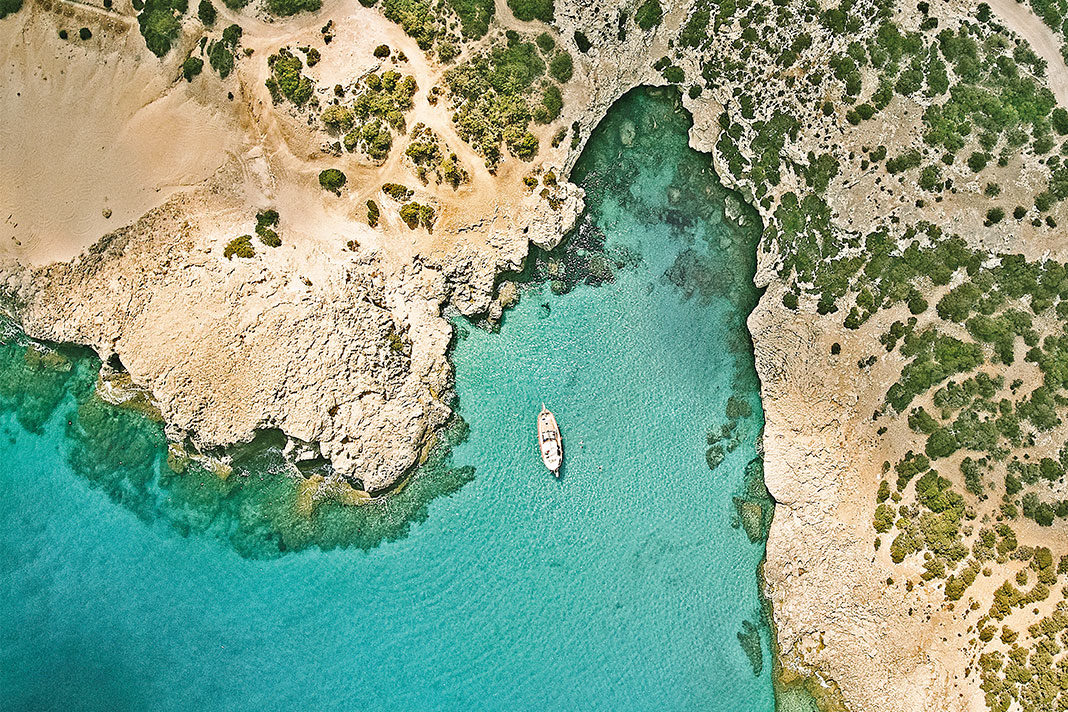 The Anassa is considered the queen of Cyprus when it comes to luxury stays. Absolutely takes a trip.

Let’s say you’re a sun-seeking holiday-maker, born and bred on the British Isles, with children perhaps, in pursuance of an actual summer in the summer months. There’s a very good chance you’ve considered Cyprus. More likely, you’ve been. Sunshine is a given, as is the sparkling blue of the Mediterranean. But Cyprus delivers on a level that feels ever so slightly more exotic than a trip to Tuscany or the Côte d’Azur. Perhaps it’s the blistering heat of the Middle East, or that it’s just that little bit further to fly. Whatever the reason, Brits have long beelined to the island in their droves.

The north and south of Cyprus have been divided by a UN buffer zone since 1974 when Turkey seized the north. Since then, the south has become a tourist trap, bustling with holiday-makers, luxury beach resorts and international food chains. The lesser-known Turkish side remains largely unchanged and is where you’ll find sweet little cafes, miles of green countryside, untouched beaches and charmingly remote villages. For a country that is less than half the size of Wales, it doesn’t half have some character because the west coast feels different again.  I’m staying at the Anassa, a fantastically regal, five-star stay at the foothold of the Akamas peninsula. This thick undeveloped finger of land in the far west of Cyprus is all undulating limestone and deep, narrow valleys. It’s a quiet side of the island with breathtaking lagoons and secluded bays, both geologically and geographically unique in terms of flora and fauna (168 variety of birds alone can be found in the 230 square km). The mythology of Cyprus is closely linked to the image of Aphrodite – the goddess of love and beauty, and this place certainly has it in abundance.

With its secluded hillside location and luxurious but unflashy charm, the Anassa hosts an international clientele of celebrities, footballers and families with excessive wealth. Impeccably-groomed and enviably-located, it’s considered the Cypriot queen of luxury hotels.

Guests come for the seclusion and stay, in some cases, for weeks. There are certain guests who will take a garden studio for the entirety of the summer, decompressing in the private pool and indulging in the five-star service. This really is a place of utter luxury. Fronted by the ocean and unspoilt coastline, Anassa’s enviable location isn’t even the best bit. The hotel is a regular contender for the World’s Best Spa and as such affords a wealth of opportunities for rest and relaxation. The latest from the spa is that it’s teamed up with 100% natural and non-toxic skincare brand, Tata Harper. There aren’t two brands more perfectly suited to working with each other. Tata Harper pioneered the farm-to-face obsession and is the undisputed Queen of Green. Anassa’s Roman-style Thalassa Spa is inspired by the surrounding natural beauty and offers a seriously sumptuous treatment menu for detox and pampering. Choose a facial or a massage, but don’t leave without squeezing in some spa time. Also on offer is a menu of Greek Thalassotherapy which blends the maritime climate with seawater facilities (baths, showers and pools) for something designed to be truly restorative. A treatment here, plus some glorious Cypriot sun, it’s easy to see why people find it hard to leave.

The rest of the hotel is laid out in the style of a Byzantine village. It sprawls out from the infinity pools (plural) by way of winding paths and terrace areas. Buildings are whitewashed and tucked away behind mature greenery. The sea is close enough for a morning dip before breakfast while the pool’s swim-up bar serves its purpose come cocktail hour. The whole place is effortlessly elegant, refined without being showy.

Food-wise, there are four restaurants to choose from. Basilko is a gorgeous candlelit cavern, decked out almost entirely in cream, with a focus on Mediterranean and Asian-inspired dishes. It’s not the fusion food of the 00s though; these elegant dishes marry local ingredients with slick, Asian cooking techniques. The Helios restaurant serves à la carte dishes with a strong French influence, while Pelagos is a seafront taverna with authentic local fare and an open kitchen. There is also a village square next to the chapel, where a weekly evening of entertainment is hosted, with live music and a Cypriot buffet. Breakfast is served in the Amphora and features all manner of local dishes, along with the usual suspects: eggs, pancakes, French toast and the likes.

If you can tear yourself away from the pool, Anassa offers excursions to the surrounding Akamas area. Perhaps the most popular is a trip to the blue lagoon. This small bay is a spot of astounding beauty, with waters so clear you can see all the way down to the underlying sea bed. Don’t forget to pack snorkelling equipment and a deluxe picnic hamper from the hotel, stuffed with treats and local delicacies. There are also bikes to rent on which you can pootle off to the Baths of Aphrodite, where as Greek mythology would have it, The Goddess of Love used to take her bath in a cool pond near Polis. The place provides a magnificent view of the Bay of Polis and the waters here are said to hold special rejuvenating powers. Not that you’ll need them after your stay.

Rates for Anassa start from €471 per night based on two people sharing a Garden View Room including breakfast anassa.com