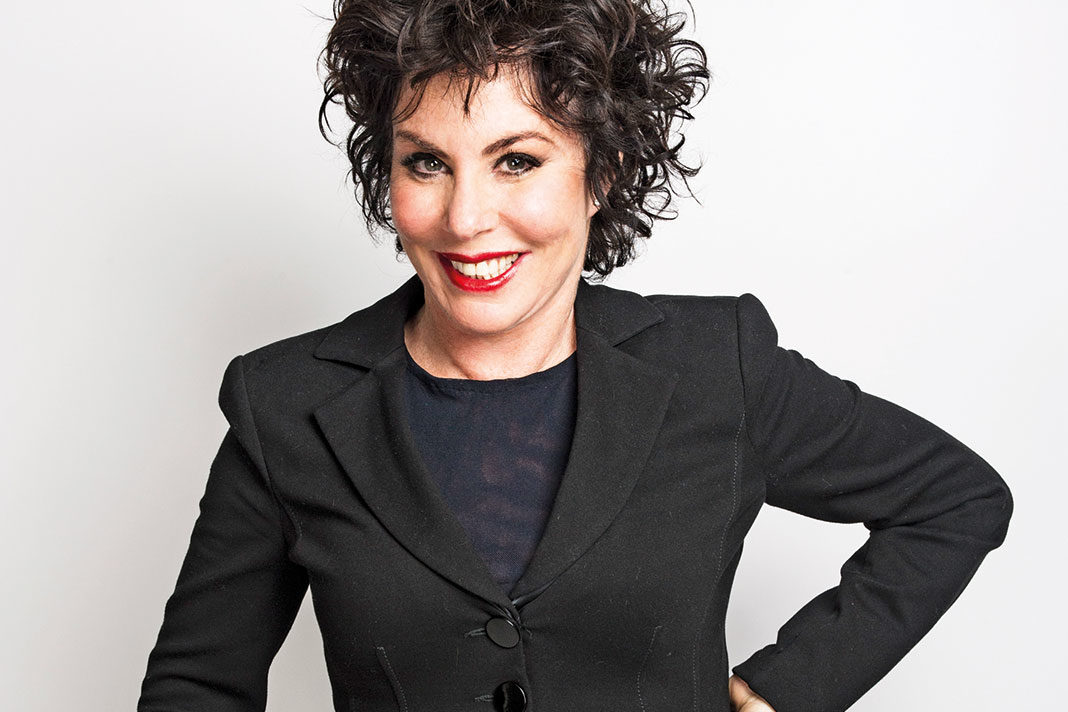 Ruby Wax is frazzled. Who isn’t? We catch up with her ahead of her new show that fuses comedy and mindfulness

How frazzled are you today, Ruby?

Not frazzled at all! I do have to write a book, but that’s a pleasure and it’s so interesting that it doesn’t feel like a job. It’s called How To Be Human and I’m writing it with a monk and a neuroscientist. It has all the answers.

That sounds promising. What are the answers?

A lot of the book is their conversation. Part of our brain still functions as if it is hundreds of thousands of years ago and we haven’t yet learned to adjust our dials for the 21st century. That’s why we’re frazzled.

What is the definition of frazzled?

You have to keep pumping it – it’s like going to the gym. You have to work the muscle in your brain. Oxford University offers a master’s programme in Mindfulness and Cognitive Therapy (MBCT) so I thought there must be something to it. I only did it because they offered it at Oxford.

Tell us about the show?

It’s a comedy. You can give good information when you make people laugh. Bill Bryson does it and he’s my hero, dotting everything through with comedy. I go off-piste a lot. The show isn’t about depression at all – you can’t keep on about the same thing. There are lots of kids in the audience – it isn’t old fans. It’s a fantastically entertaining show that remains conversational as well as being funny and insightful. It’s your passport to saner living. I might not be sane myself but I do a pretty good imitation.

Is it going well?

So far it’s more popular than any of my other shows. I have hit the zeitgeist with the subject and it’s not a lecture – it’s funny. It’s totally scripted but I make it feel spontaneous, and then I let the audience talk and it really is spontaneous.

Do you find it exhausting?

No! Because I love it. I go out during the interval and talk to people – hearing their stories will never drain me. I hate cocktail parties and talking to people about how successful they are and making small talk – that’s exhausting.

When did you first notice you were funny?

Alan Rickman told me when we were at the RSC. I wanted to be a classical actress and he told me it wouldn’t happen and that I should write some comedy instead. I knew at high school that I never got the good-looking boys and that being funny was my ammo. These days, at home, I’m not just funny – I’m an object of total ridiculousness.

What does a normal day look like for you?

There is no normal day. I do these eclectic jobs – this Saturday I’m teaching then doing a thing at Parliament. I can work anywhere – I’ll get on a train and that’s my office.

What do you do to relax?

What are you doing next?

I hate that question. I mean, isn’t this enough? I’ll probably do a tour for the book. I’ll need the monk and the neuroscientist though – I’ve got the monk, he’s moved in with us actually. I call him my air freshener. He’s hilarious. But he’s very in demand (his mother was in the Kumars) and he’s kind of a movie star monk. The neuroscientist is a teacher at Yale – he’s really good looking.

Frazzled, a show based on Ruby Wax’s book A Mindfulness Guide for the Frazzled (Penguin, £6.99) is at the Leicester Square Theatre from 30 May to 24 June.