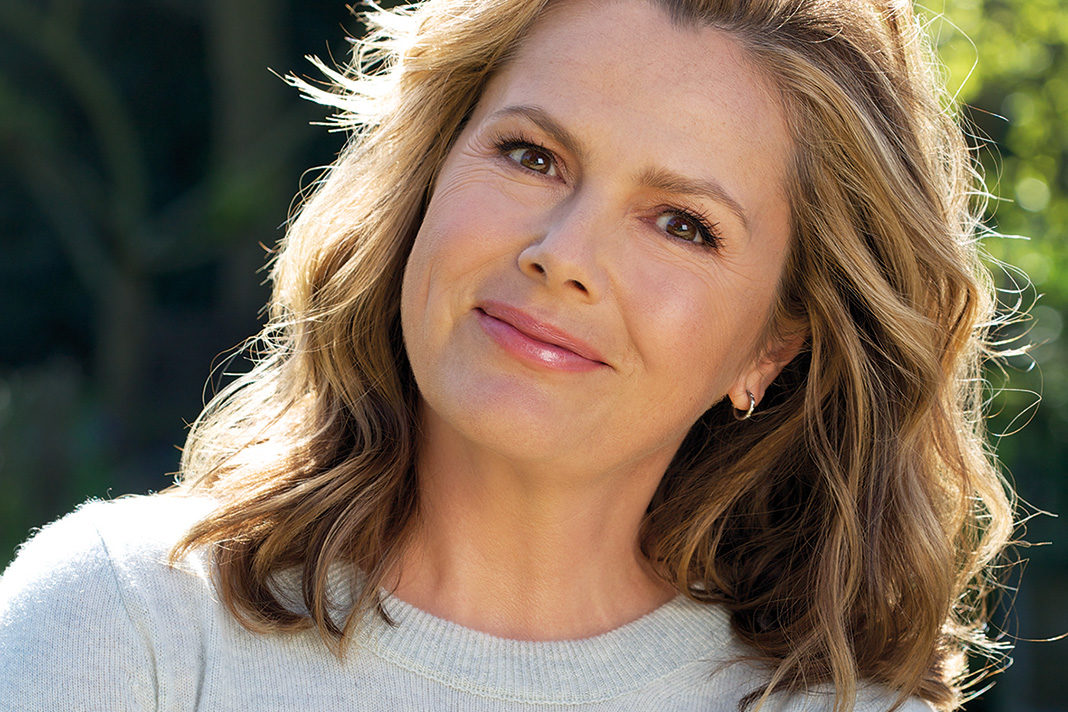 What Liz Earle Did Next…

Watching Liz Earle’s YouTube videos might lure you into a false sense of security. The surfaces of her immaculate kitchen gleam, her hair is perfectly coiffed, soft spa-like music tinkles in the background, her voice gentle and manner approachable. It’s a big steaming bowl of comfort TV – just without the calories. It would be easy to underestimate this lovely lady and her spelt flatbreads. But Liz Earle is on an important mission: a mission to take on the cult of wellness. This is serious business.

We meet Liz Earle at her Battersea-based HQ on a crisp autumn afternoon. Located by leafy Battersea Park, the light-flooded space is more cosy country cottage than office, with warming fires crackling in each tastefully decorated room. In fact, this urban retreat is a veritable lab of Liz’s latest ventures, where everything from her new print magazine Liz Earle Wellbeing to her YouTube tutorials and podcasts are cooked up (quite literally, in some cases). When we arrive, the kitchen is a hive of activity, abuzz with women tapping away at laptops and chatting on phones. In the midst of the hubbub is Queen Bee Liz, a sea of calm, flawless skin framing delicate features and bright, softly lined eyes.

For many, the Liz Earle name will be synonymous with the iconic skincare brand whose Hot Cloth Cleanser become a cult favourite of the nation’s beauty lovers. With its focus on naturally active ingredients and botanicals, Liz was arguably ahead of the curve when she founded the brand with friend Kim Buckland back in 1995. “I was very lucky when we started the company – my business partner and I were at the same stage of life, we both had young children so understood each other,” Liz recalls. “I often say to young women who are thinking of going into business with a partner, make sure you each understand where you are in your particular stage of life.”

After 15 prosperous years, which saw the brand go from strength to strength, the company was snapped up by beauty conglomerate Avon in 2010 and is now owned by Walgreens Boots Alliance. Fast-forward to 2017, and with an MBE and 35 best-selling books under her belt, this mother of five is again entering a new stage of life, leaving her eponymous brand behind and setting her sights on the big bad world of wellness.

Fresh from filming in Europe for ITV’s This Morning, Liz’s natural warmth and eloquence make her a natural in front of the camera. “It’s been like coming home,” she says with a smile. “I started working on This Morning when I was 25 and then spent four years with Richard and Judy. I was thrown in at the deep end, doing live TV, phone-ins and outside broadcasts. You get real authenticity with live TV, it’s a very genuine way of communicating.”

Invigorated by her return to the small screen, her new mini-series addresses the complexities of an ageing population, specifically the question of how we can live younger for longer. “It’s not just about the number of years on your life but the quality in your years,” she explains. “When I was filming in Greece and Italy there were all these 80 and 90-year olds and none of them wore glasses, had hearing aids or false teeth. But I think, overwhelmingly, there was this sense of community.”

In many ways, Liz Earle is a delightful contradiction. She’s an author, TV presenter and old-school journalist with over 30 years experience writing about health and wellbeing. She was talking about kale long before Deliciously Ella was born. Yet she is entering the Millennial world of wellness, armed with a YouTube channel, podcast, website and glossy print magazine. How does she reconcile the two? “I’ve written about this area for 30 years and I haven’t changed my story. That’s what I’m pleased about. I was looking at a book I wrote 25 years ago called Eat Yourself Beautiful and in it I was talking about this strange things called ‘spelt’, a grain no one had heard of, and how almond milk is really hard to get hold of. Now you go into any garage forecourt and they’re selling it,” she says with a laugh. “But the great thing about being online is that there’s an amazing opportunity to have broader horizons, and at a flick of a switch you have access to so much more around the globe. It’s incredibly exciting to have that as a platform for sharing.”

In amongst the deafening, and often conflicting, barrage of advice offered up by the ‘clean-eating’ crowd, Liz is a calming and seasoned voice of reason. The tagline for her print magazine is ‘wellness wisdom you can trust’. How can we, as consumers, separate fact from fiction? “I would say to anyone who is concerned, look at the credentials of who is writing, how long they’ve been writing for, what their background is and what their academic qualifications are,” Liz explains. “I was brought up pre-internet, so if I needed to do research I would sit in the British library and get out research papers. I say to my team here, you always have to go back to your sources.”

When it comes to the gluten-free phenomenon, Liz is deeply sceptical. Far from being an exercise in deprivation, she insists that the secret to maintaining a healthy lifestyle is simply to go back to the gut, which is the subject of her latest best-selling book The Good Gut Guide. “I think we’ve missed the point. People say they feel so much better after cutting out gluten, but actually that’s just sorting out the symptoms, whereas we need to address the cause. Let’s look at fixing gut health so you can go back to having wholewheat toast with lashings of butter and enjoying it!”

Her career, she explains, started from this desire to pass on knowledge. Her mission now? To pass on new knowledge through the media available to her – whether it’s through a YouTube tutorial or TV series. So what does the future have in store for this entrepreneurial powerhouse? “I’ve spent the last couple of years getting the magazine right and opening new platforms. The next step is amplification. The whole area of wellness and wellbeing is a global phenomenon, and in some ways the UK lags behind, especially when you look at what’s happening in Scandinavia and Asia. That’s why we’ve decided to go global.”

Watch out world, Liz Earle MBE has come to educate the masses and she’s got both style and substance. This is serious business.

Like this? Check out the best places to get a facial in London 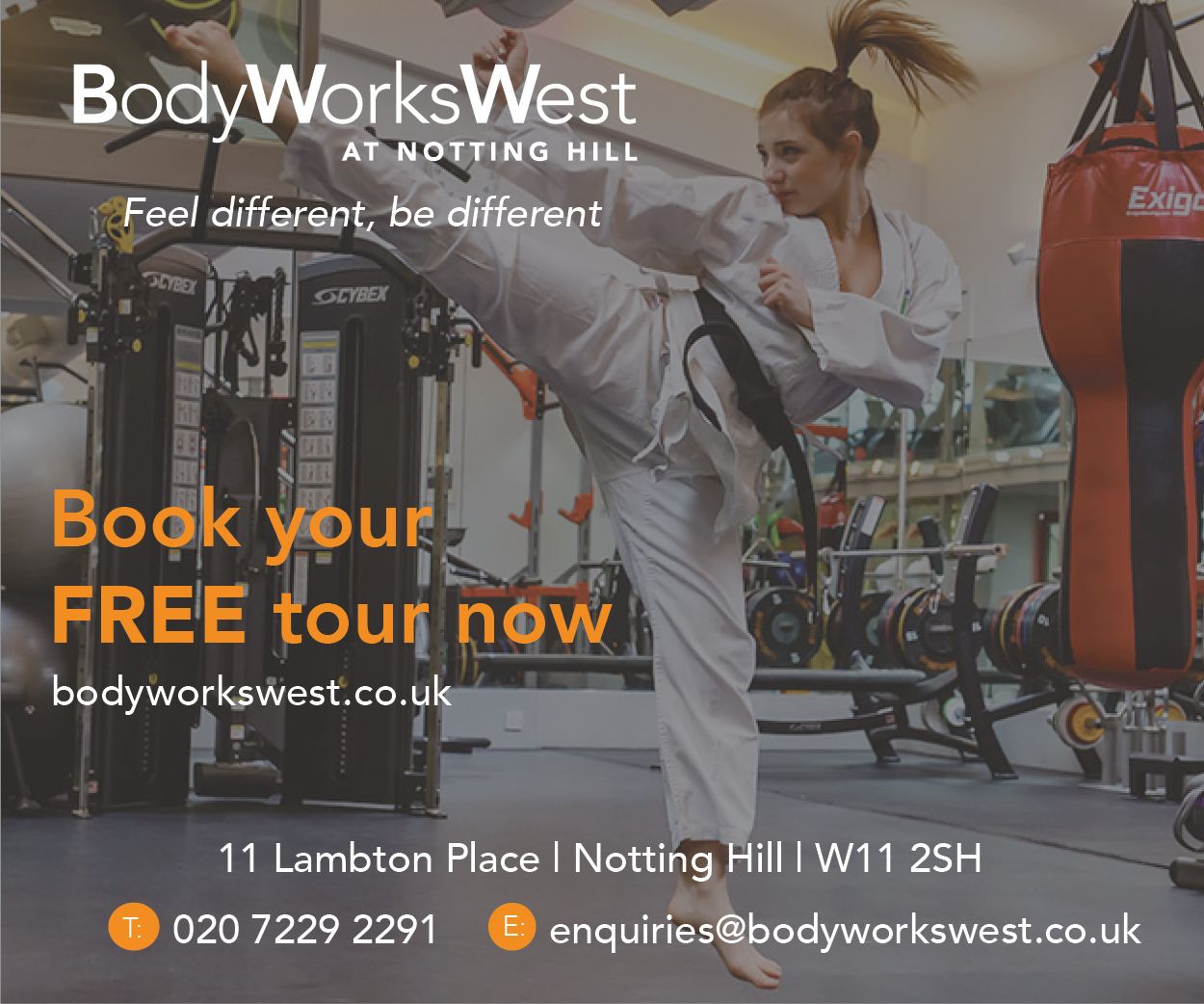 Could Pilates Be the Secret to Injury-Proofing Your Body?

Protected: What You Need To Know About Prostate Cancer