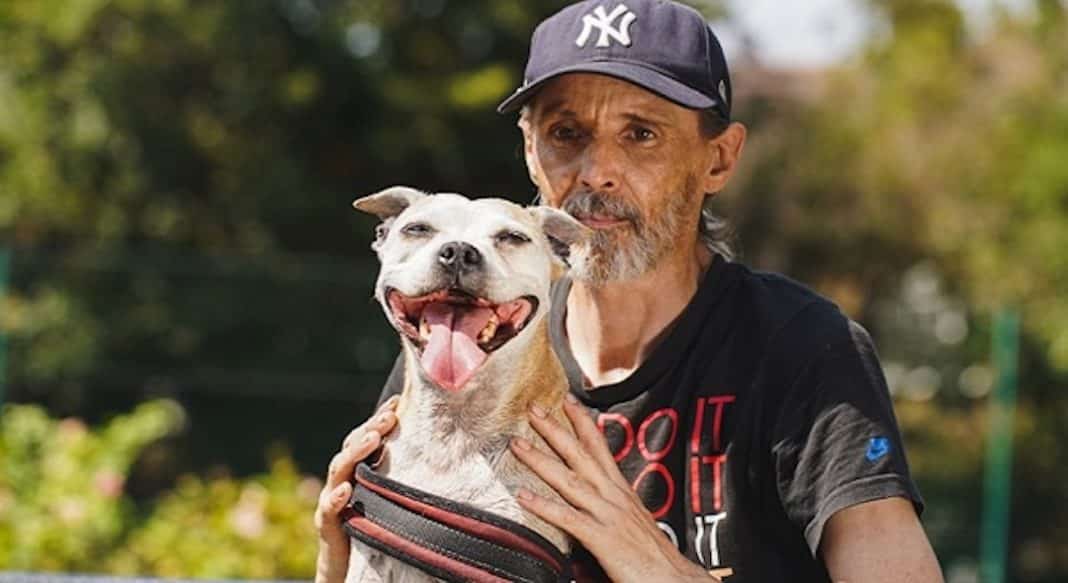 Many of us couldn’t imagine life without our furry companions, particularly during the isolating and often lonely times of lockdown. Pandemic or not, for people experiencing homelessness, feelings of loneliness and isolation can be prevalent each and every day. Not only have they lost the security a home provides, often they have lost contact with the people in their life who have mattered the most. With no one to turn to, it is easy to understand why people living on the streets can look to their dogs for a feeling of closeness and unconditional love that is often missing.

Paul has been on and off the streets since he was 15, and like many people without a place to call home, he’s suffered violent abuse. “I wouldn’t wish it on my worst enemy I really wouldn’t, it’s so hard. It’s the way people talk to you, especially when they’ve had a drink. You know, they start swearing at you. I’ve been asleep in doorways and people have come up and started peeing on me and stuff like that. That’s the worst thing, being treated like you aren’t human. They don’t know what’s led you to be sitting in the doorway in the first place.”

A dog can often feel like the only companion for someone sleeping on the streets, providing solace and comfort during what can be an extremely difficult time. Forced to choose between shelter and their dog, many people risk sleeping rough in dangerous conditions rather than being parted from their loving companion. This is a choice no one should have to make.

St Mungo’s recognises the powerful emotional support a dog can provide. That’s why they are one of the only charities in the UK to accept pets in their hostels. Paul remembers the first time he saw Treacle. She was the runt of the litter, so small that she fitted in the jacket pocket of one of the men walking up to the river to drown her. Paul took one look at her and couldn’t let them kill her. They have been inseparable ever since.

“She’s my friend, not my security. She loves people, has never bitten anyone in her life. People don’t realise that especially mentally, having an animal really helps,” explains Paul.

Paul and Treacle have been living together at one of St Mungo’s South London hostels for over four years now, which is the longest Paul has ever stayed in the same place.

For someone who is experiencing homelessness, pet ownership can provide a sense of responsibility and purpose that may be lacking from other areas of their life. “I think that, for many of the people you see on the streets, their dog is the only thing that keeps them going. ”One of Paul’s Big Issue customers came up to him with £1,000 in an envelope to buy Treacle. He wouldn’t take it – even if he was given a blank cheque he wouldn’t be separated from her. It doesn’t matter where they’ve been – living in a squat or a tent or a doorway – if they are together they are happy.

For someone like Paul and his companion Treacle, a donation to St Mungo’s can be life-changing. Visit www.mungos.org/absolutely to find out how you can help.

Carly Glendinning - 13th January 2023
0
We discover more about the largest Spitfire flight provider in the country and what it's like to fly one of these...