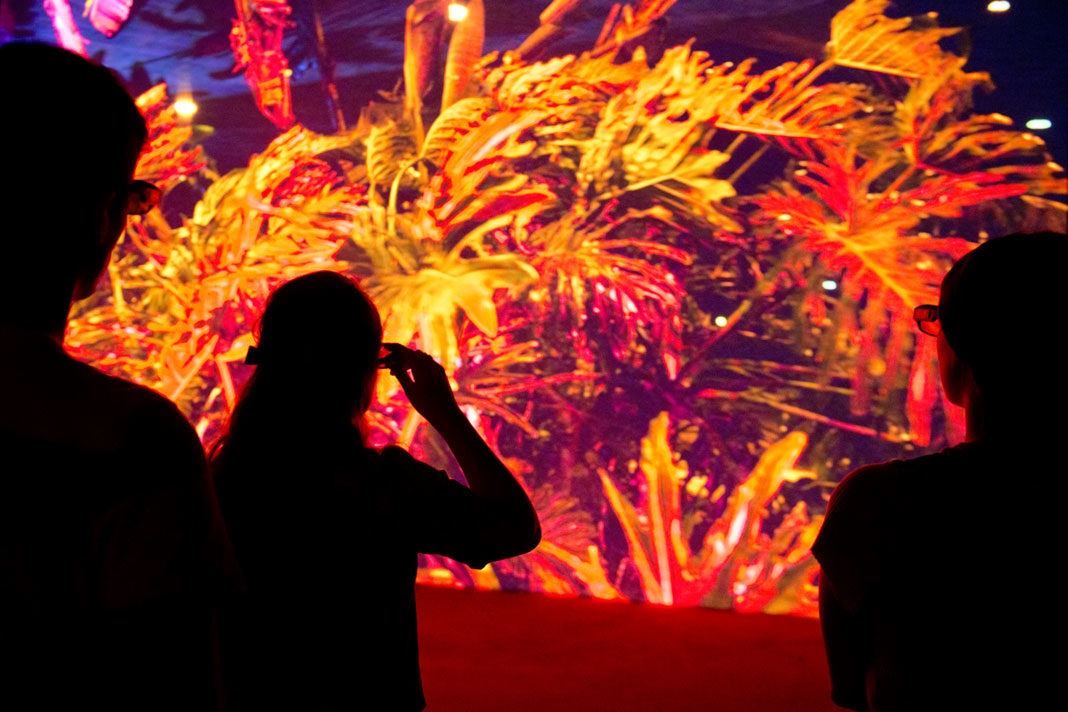 As the nights draw in, we sadly have to abandon lounging on picnic rugs in Kensington Gardens and find things to do indoors – good thing autumn gets some of the very best exhibitions on the calendar. Here’s Absolutely’s guide to eight shows you simply must see before Christmas. 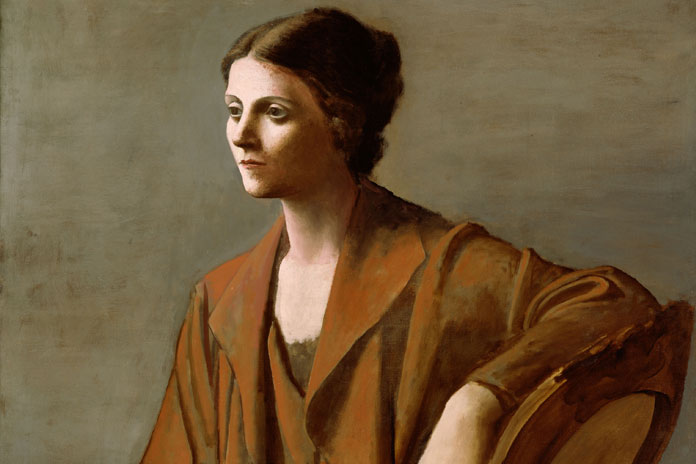 This show is not about how radical Picasso was. Instead, the NPG is shining a light on the more gentle side of his art. Apart from his pioneering brilliance in Cubism, Picasso was also an adept portrait artist. Picasso Portraits follows him from youth through to old age, examining how his attitude towards depicting people shifted over the decades. It’s not an exhibition crammed with chocolate-box masterpieces (although cubist portraits do make some appearances) but nevertheless is lovely all the way through, presenting an opportunity to see superb works that most are not quite so familiar with. Certainly worth a visit.

Picasso Portraits at the National Portrait Gallery runs until the 6th February 2017. Brazillian artist Lygia Pape is one of the founding members of neo-Concrete art which emerged in Brazil in the 1950s. It was a reaction against some of the more restrictive constraints of Concrete art – a highly abstracted style informed by geometry. This solo exhibition shows work spanning thirty years of Pape’s career, from early geometric drawings, to her more recent Ttéia installations. The installations are the stars of this show; in a back room silver threads are stretched in diagonal formations and illuminated with spotlights in an otherwise pitch black room. Her work is mesmerising. 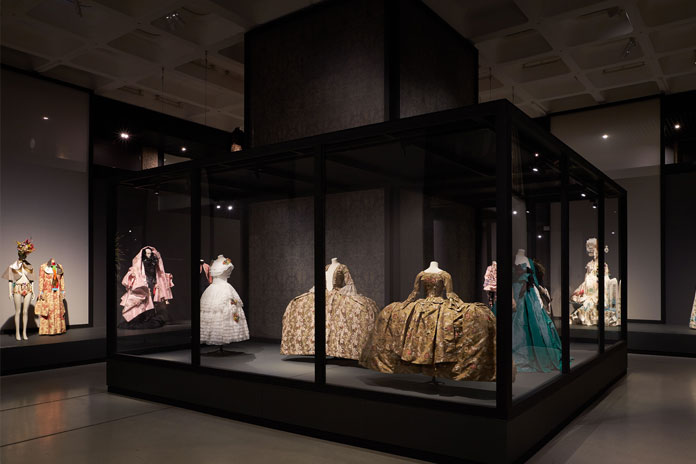 Blurring the lines between fashion and art, this exhibition at the Barbican celebrates the most obnoxious, outrageous costumes people have dared to put on their backs. Questionable garments from both antiquity and contemporary times are on display: think OTT 18th century ball gowns, ‘couture’ pirate outfits, and inflatable hats.

The Vulgar: Fashion Redefined at the Barbican Gallery runs until the 5th February 2017. 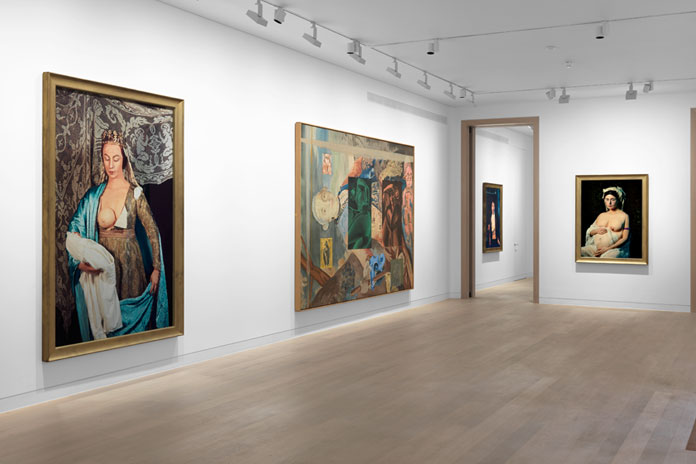 Collaborative shows between artists of this level are not hugely common. Cindy Sherman is the queen of the quirky photograph, and David Salle’s style defines the concept of post-modern painting. The artists have been carefully curated together for the inaugural exhibition of new St. James gallery space Skarstedt. In History Portraits and Tapestry Paintings work by both artists from the turn of the 1980s that appropriates historical imagery is displayed. A humorous assortment of works by two giants of the American art scene.

History Portraits and Tapestry Paintings runs at Skarstedt Gallery until the 26th November.

The Infinite Mix at The Store, 180 The Strand 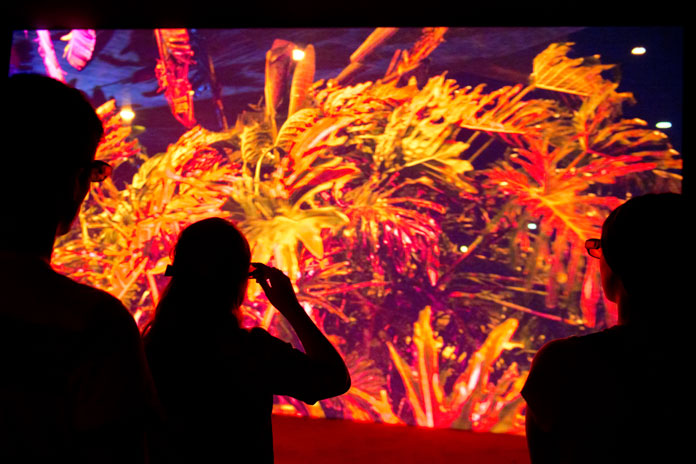 Video and audio art has a bit of a bad rep. People tend to think of hipsters setting up cine-film projectors in damp east end garages, or those boring rooms in gallery exhibitions that play black and white soundless documentaries on loop. The Infinite Mix is nothing like that.

Those clever curators at the Hayward Gallery have peaked for air from their two-year hiatus and teamed up with The Vinyl Factory to create this immersive, emotional extravaganza of a show. Combining 3D video, holographic projections, and multi-screen installation, it’s an exciting hour or two that’ll make you rethink your opinion on video art. 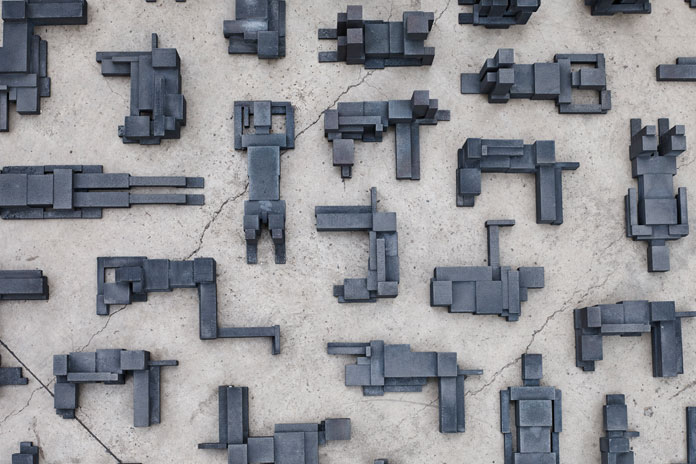 A veteran of the British art scene, Antony Gormley is probably the country’s most famous living sculptor. For his new solo show Fit, Gormley takes over White Cube Bermondsey separating its gallery space into a series of chambers filled with his haunting sculptures. The work is a further exploration of the artist’s interest in “corporate expansion” and our relationship with the urban environment.

Sleeping Field is the exhibition’s star piece; an installation of several hundred small iron sculptures that on first glance appear to make up a desolate urban cityscape. When viewed closer, each sculpture is revealed to be an abstracted human figure at uneasy rest. Gormley has created a poetic body of work that resonates deeply with many of our concerns for the modern world.

Fit at White Cube Bermondsey runs until the 6th November 2016.

Abstract Expressionism at The Royal Academy of Arts 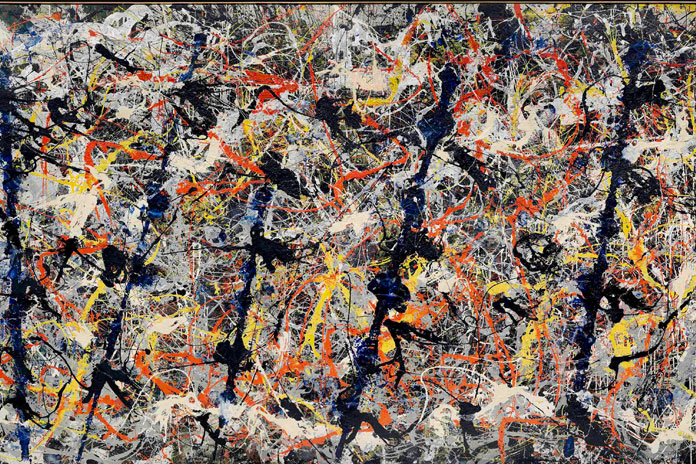 The RA has out done itself, truly. This blockbuster new show is the best retrospective of Abstract Expressionism ever seen in Europe. The brightest stars of mid-century American art are all here: Mark Rothko, Willem de Kooning, Jackson Pollock, Barnett Newman, and so on. Filling the gallery to capacity, the beautifully curated works demonstrate an artistic legacy that redefined what it meant to create art.

The number of masterpieces on show is staggering, and has left most art lovers breathless. Called “the show of the year” by critics; if you see one art event this autumn, let it be this.

Abstract Expressionism at The Royal Academy of Arts runs until the 2nd January 2017.

Ed Ruscha: Extremes and In-Betweens at the Gagosian Gallery 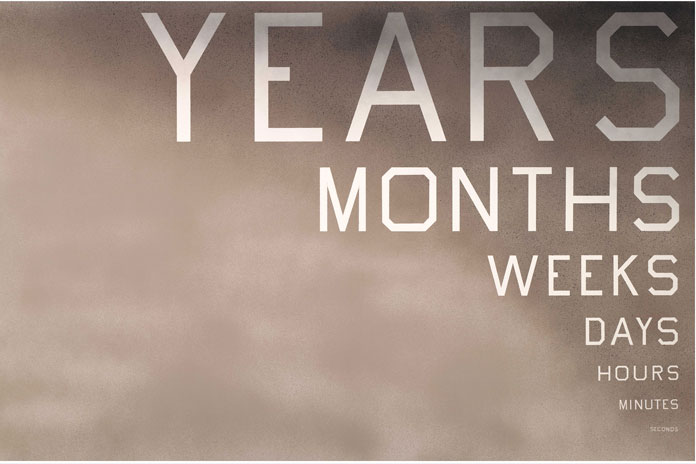 One of the earliest Pop artists of the 20th century, Ed Ruscha has been creating eye-catching paintings that blend word and image for six decades. In that time he has achieved cult-status, becoming as ingrained in popular culture as the iconic locations he depicts.

In Extremes and In-Betweens Ruscha looks at the relationship between words and what they mean, challenging us to think about language and how we fit into it. The paintings are visually striking; resembling optical test cards that feature boldly stencilled words descending in both size and meaning. Shown in the sexy Gagosian Gallery, it’s the perfect art pit-stop during an afternoon in Mayfair.

Extremes and In-Betweens shows at the Gagosian Gallery until 17th December 2016.