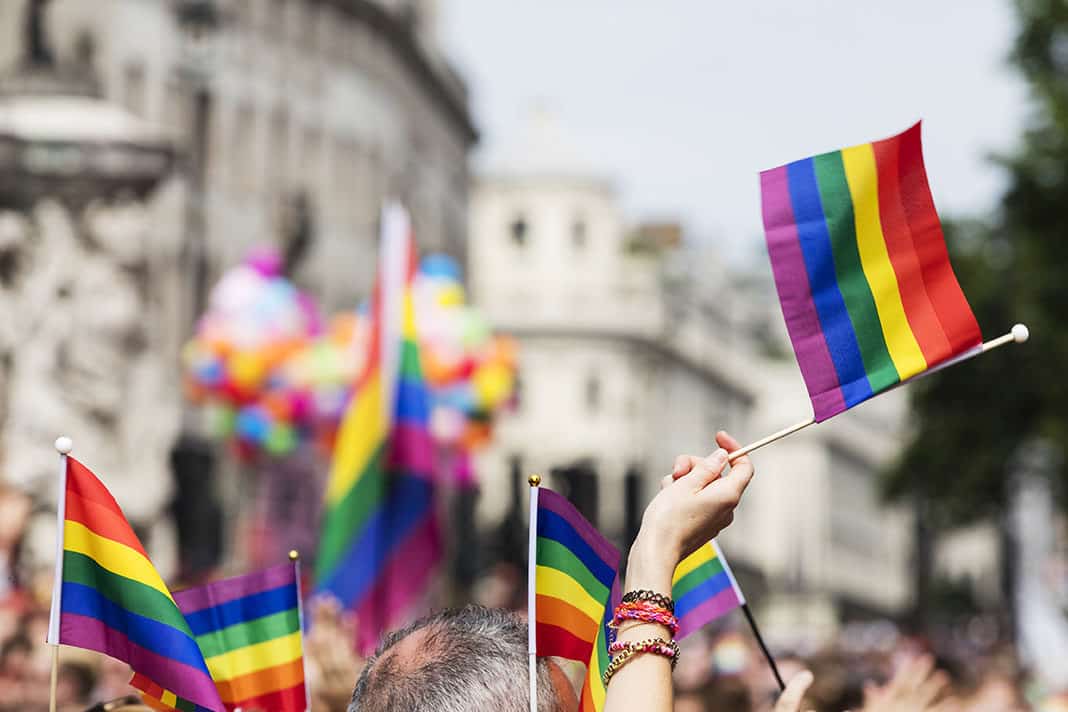 Celebrate the most colourful parade, by painting the town rainbow and flying the LBGT+ flag, at some of London’s best Pride events. Here is our round-up of the best places in London to celebrate all things rainbow.

Ivy Soho Brasserie in collaboration with Absolut Vodka, will be hosting a ‘Soho Love’ themed brunch, taking place on the weekend of Pride (6 July). The themed brunch will feature live music, an exclusive pride-inspired cocktail menu featuring an array of colourful drinks, and a selection of Ivy classics. The restaurant has also installed an exterior popup featuring a rainbow of colourful hearts to help bring the spirit of Pride to Soho. Guests will be shown to their table by flamboyant hosts before embarking on a journey through the history of the LGTBQ+ community with performances by colourful characters.

Situated within the heart of London’s LGBTQ+ community, Chotto Matte, Soho is supporting London Pride 2019. The Japanese restaurant will be hosting a pride party of 6 July. Guests can enjoy the ‘Love Pop’, an alcoholic multi-coloured popsicle featuring cranberry, orange, apple and Russian Standard vodka alongside the ‘Rainbow Sashimi’, featuring tuna, salmon, yellowtail and sea bass with gold leaf and kantai filo. Takeaway Rainbow Sushi Rolls and BBQ Yakitori will also be served. £1 from every dish sold will be donated to The Stonewall Charity to support Pride.

The Rooftop at the Trafalgar St. James will celebrate London’s annual Pride festival by launching a fabulous brunch with free-flowing bottomless Prosecco for Mimosas and unparalleled views of the official parade. Guests will enjoy sharing style starters and a main course, before they indulge in the Pride Rainbow dessert menu. Guests will be so close to the action; they will be able to hear the music and celebrations from Trafalgar Square below while enjoying a luxurious rooftop vantage point and upbeat party atmosphere.  Tickets are available online at £49pp.

On Friday 5th July, ahead of the London Pride March renowned drag queens Sink the Pink will be performing a special and elaborate performance to mark the start of Turning Tides Festival. With the backdrop of the Thames (and the iconic O2), visitors can expect an outrageously exciting production like no other as vigorous queens, club kids and dancers take to the stage to announce that London’s first elevated cultural park is open. The festival will feature a 27-meter picnic table, so that no guest will go hungry after a night of voguing.

Pride and Prosecco Party at Bucket

Continue the pride celebrations with a prosecco party at Bucket. The beach-vibe seafood restaurant will play summery music, seaside games and serve sensational Prosecco DOC and Prosecco DOC cocktails all in the name of Just Like Us, an LGBT+ charity for young people.  The ticketed event will have guests kicking off their flip flops and partying throughout the night while celebrating a worthy cause. Tickets are available online at £50pp.

In celebration of London Pride this Saturday, MOLO – the new street food trader serving proper fish buns at Netil Market – has created a carnival-inspired Pride Bun as a special on the menu for one day only.  Their Pride Bun is made up of a rainbow brioche bun encasing tiger prawns and avocado in salsa rosa, with red onion and iceberg salad with soy citronette and grated feta – for just £9.