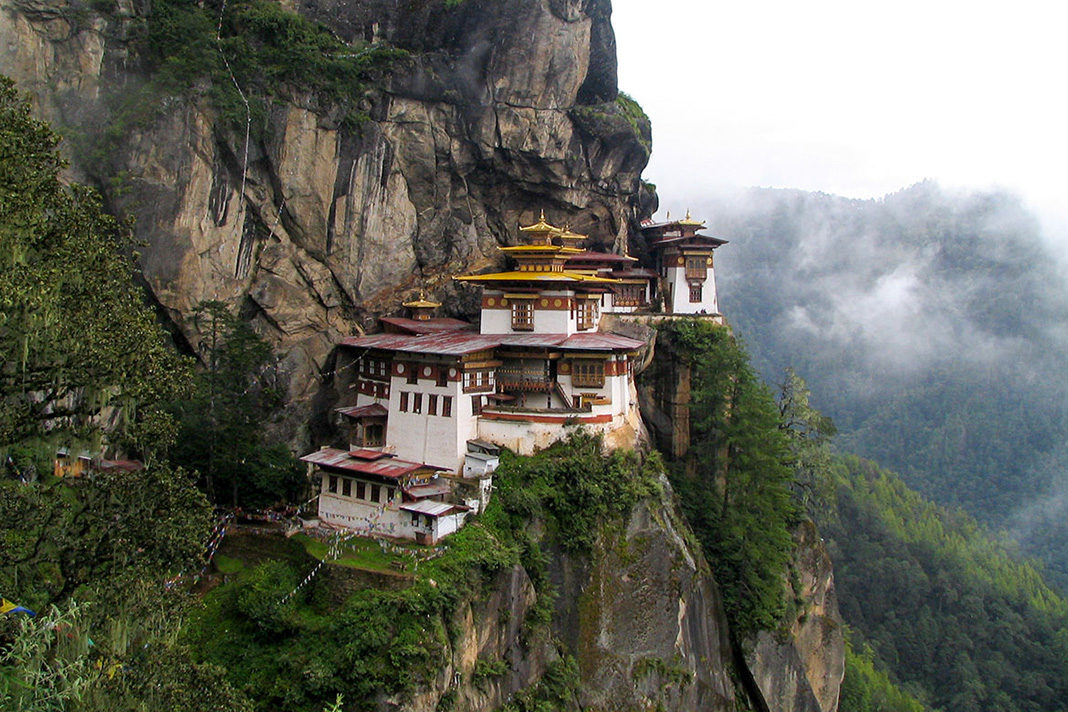 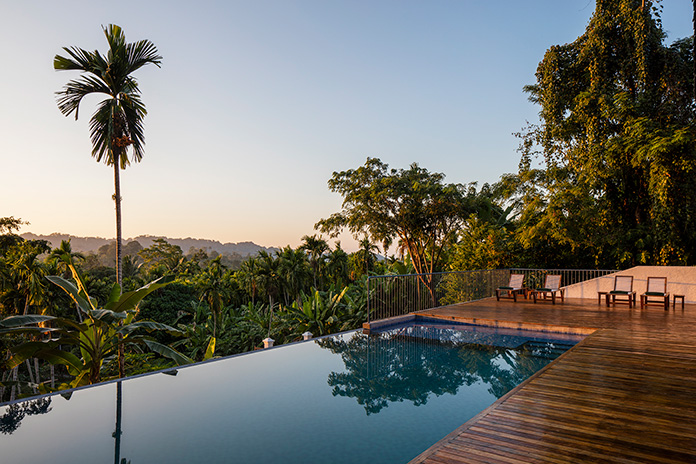 After years of difficult accessibility, the Andaman Islands are on the up in 2018’s top destinations list. Boutique hotel, Jalakara, is still in its infancy and with the latest hotel offering, Taj Exotica Resort & Spa opens early 2018. Excitingly, the new flight links from core cities across India will make it easier than ever before to twin with a stay on mainland India. A stop-off in Calcutta to stay at the brand-new Glenburn Penthouse en-route is highly-recommended or alternatively, combined with a stay in Bhutan for a major contrast.

The new Taj Exotica Resort & Spa will be located on the edge of a jungle, opening out on to the pristine Radhanagar beach at Havelock. The resort will feature 75 private villas spread across 30 acres, with its own private beach, surrounded by rich coral reefs and lush green mangroves. Villa design is inspired by the pitch-roof style of the local Jawarawa huts, with each villa appointed with state-of-the-art amenities and comfort, offering spectacular beach views.

The Angkor temple complex is arguably one of South East Asia’s greatest architectural draws but there’s so much more to Cambodia with a raft of new openings making the country one of the hottest 2018 holiday destinations.

The beaches in the south are bone-white, beautiful and uncrowded and adding to their appeal are some glamorous new resorts including Six Senses Krabey Island and Alila Villas Koh Russey. Krabey is a pristine 30-acre dot surrounded by tiffany-blue, reef-rich ocean, just off the coast at Sihanoukville, with cultural as well as water activities aplenty. Visitors to the island will be a short boat ride from rainforest hikes, temple visits and trips to authentic markets. The 40 pool villas come with the dynamic group’s trademark rustic-chic styling, delicious dining options, a spa, an alfresco cinema and an observatory. The resort is due to open in the spring.

The new Alila Villas Koh Russey also opens in 2018. Situated on the Koh Rong archipelago, the hotel brings modern luxury to coastal Cambodia, boasting unspoilt views of the ocean. Cambodia is also set to see the trend in luxury camping continue –  the hotly anticipated Shinta Mani Tented Camp in the Kirirom National Park follows the opening of African-style tented camp, The Beige, in the centre of Angkor in 2017. Shinta Mani’s new luxury camp experience will combine world-class design and conservation with adventure excursions in the surrounding national park. 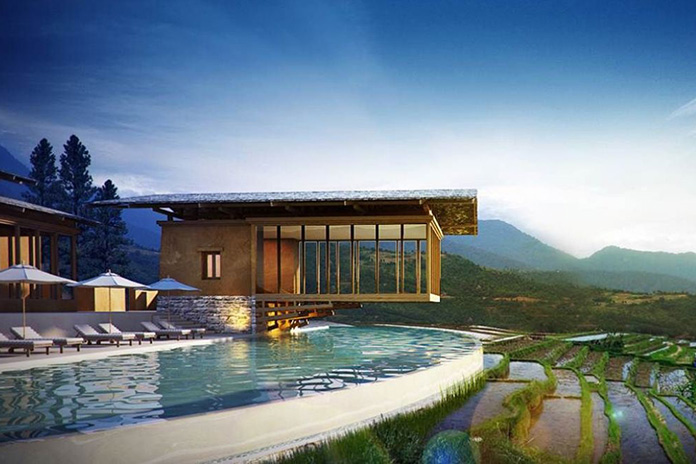 Due to open in early 2018, Six Senses Bhutan is one of Asia’s most anticipated openings. Located in Paro, Thimphu, Punakha, Gangtey and Bumthang – guests will be able to embark on a ‘Six Senses Journey’ between each lodge, exploring Bhutan in style. This will be one of Six Senses most remarkable and spectacular openings in years.

Bhutan remains one of Asia’s most unspoiled and majestic locations, a hidden kingdom that retains a unique charm. Architecturally, Six Senses has blended local design styles with modern luxuries and all lodges are inspired by the colourful kingdom’s reputation as the ‘happiest place on earth.’ Each lodge will have a different ‘feel’ – expect beautifully weathered timber floors, local stone and leather details in Gangtey; the feeling of a traditional farmhouse in Punakha; a forest within a forest in remote Bumthang and the feeling of old stone ruins in Paro.

Also set to open in 2018, the Bhutan Spirit Sanctuary, in the Shaba Valley near Paro, will have 24 luxury rooms and a spa with 12 treatment rooms, an in-house Bhutanese medical doctor and yoga and meditation room. The hotel has been designed to inspire ultimate comfort, a restful mind and accentuate true relaxation in the spirit of Bhutan.

Southern Tanzania is one of the more adventurous 2018 holiday destinations to have on your radar. Asilia has opened incredible new luxury camps in Southern Tanzania, of these new openings, Jabali Ridge (Asilia’s Flagship Lodge in their portfolio) is the ultimate luxury safari lodge. Selous, the other go to Game Reserve in Southern Tanzania, also has a new opening – a stunning and intimate camp with eight tents called Roho Ya Selous, where guests can do wonderful walking and boating safaris. 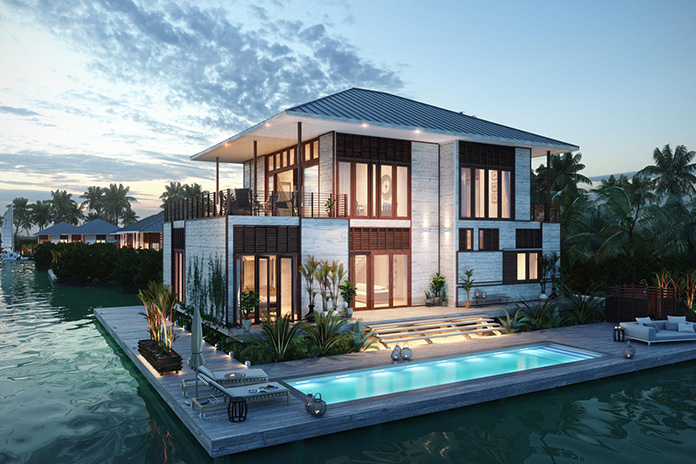 Belize and Guatemala are exciting 2018 holiday destinations with an array of new openings for 2018 and improved flight links – travellers now no longer need to overnight in Miami when travelling from the UK. In Placencia, the stunning beach destination on the southernmost tip of Belize, there are some fabulous new openings including Itz’ana, the sister property to Ka’ana in the jungle. Both of these properties are very high-end and make a great twin-centre trip.

Brazil is a great destination to travel to in 2018 with new direct flights from Sao Paolo in December 2017 into Jericoacoara, opening up this otherwise hard to reach part of Northern Brazil. It was previously only accessible with 4×4 vehicles, motorbikes and dune buggies, which could traverse the sand. Jericoacoara is a tiny fishing village, that up until 20 years ago had no road network or electricity and money hardly ever changed hands.

The best hotel is The Chili Beach, a laid-back boutique resort situated on the edge of the village. Cool, quirky and boasting brilliant yet discreet service. It has six rooms divided into suites and bungalows, which sit amongst the cashew trees and behind an ocean front swimming pool with a swim-up bar and an open-air restaurant.